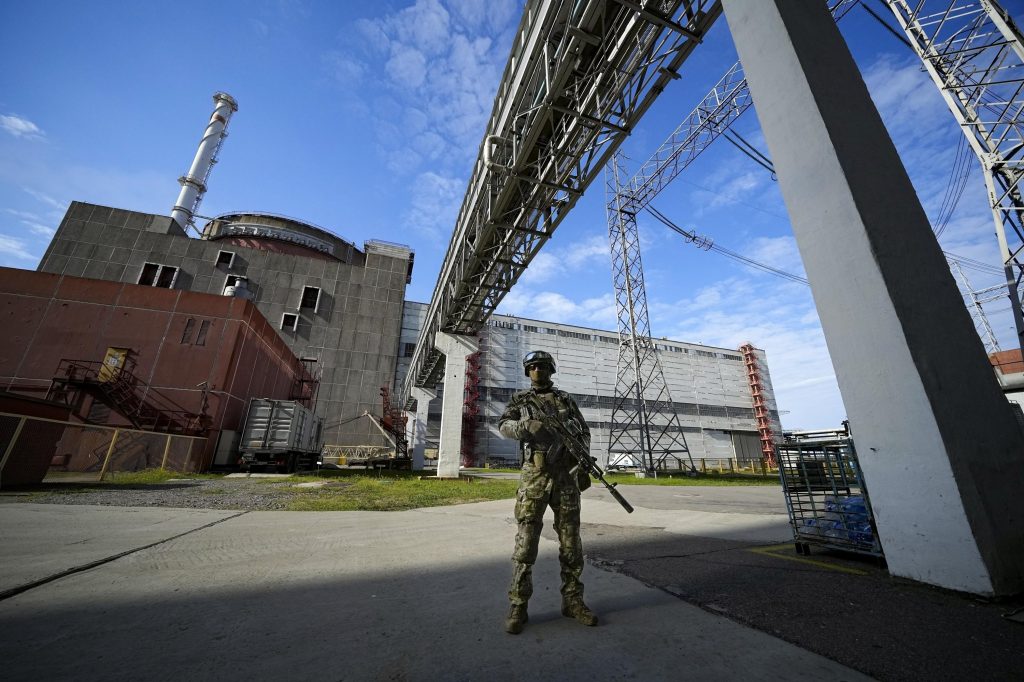 BERLIN (HPD) — An external power line to Ukraine’s Zaporizhia nuclear power plant — Europe’s largest — was repaired Sunday after artillery strikes knocked it off the grid and forced it to resort to diesel-powered emergency generators. reported the International Atomic Energy Agency.

The United Nations IAEA said the 750-kilovolt line was reconnected to the plant after Ukrainian engineers carried out repair work. That allowed the plant to begin shutting down generators that had kicked in to provide it with power after the cable — its last connection to the power grid — was disconnected early Saturday.

IAEA Director General Rafael Grossi tweeted that the reconnection was “a temporary reprieve in a situation that remains untenable.”

The plant has been under the control of Russian forces for months, but continues to be operated by Ukrainian employees. Its six reactors are shut down, but still require electricity for cooling and other safety functions.

For weeks Grossi has pressed for the creation of a “nuclear security and protection zone” around the nuclear power plant. He says that he will travel to Russia and later visit Ukrainian President Volodymyr Zelenskyy in an attempt to finalize that plan.

Grossi denounced the attacks “in areas that could affect the security” of the plant, including in the nearby Enerhodar area and in the city of Zaporizhia, the provincial capital that is under Ukrainian control.

“Almost every day there are artillery attacks in the region where the Zaporizhia NPP is located and where the plant’s workers and their families live,” he said. “The missile attacks must stop immediately. They are already having an impact on the security situation at the plant.”

Ukrainian staff operating the nuclear power plant told IAEA experts that a convoy of five trucks carrying “vital additional diesel supplies” is currently in the city of Zaporizhia and plans to cross the battlefront to arrive on Monday at the city of Zaporizhia. center, the agency said. The place currently has reservations for about 10 days. Separately, a supply of diesel from Russian state nuclear company Rusatom is already at Enerhodar, the IAEA added.

Zaporizhia is one of the four regions of Ukraine that Russian President Vladimir Putin annexed to his country in violation of international law.

Putin signed a decree on Wednesday declaring that Russia would take control of the nuclear power plant. The Ukrainian Foreign Ministry said that it is a criminal act and considers that Putin’s decree is “null and void”. Ukraine’s nuclear operator Energoatom has indicated it will remain in charge of plant operations.