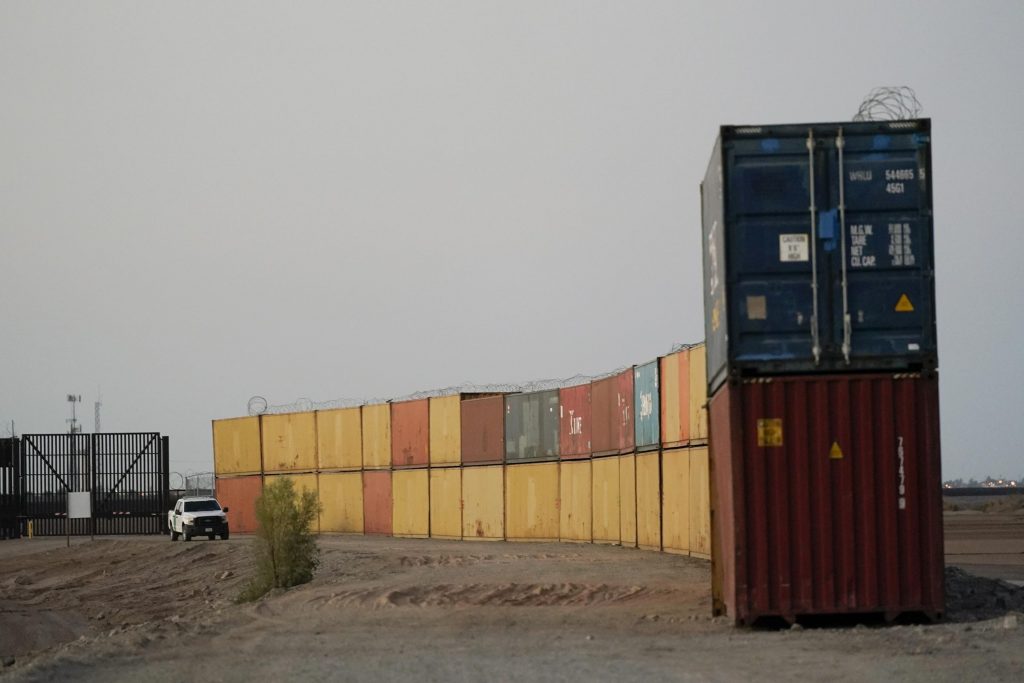 PHOENIX (HPD) — The federal government has ordered authorities in the state of Arizona to remove a series of double-stacked containers that fill gaps in the wall along the U.S.-Mexico border, saying they are unauthorized and violate US law.

The Cocopah Indian Tribe, located in southwestern Arizona, welcomed the order to remove the containers, the latest dispute between the administration of President Joe Biden and Republican-led border states over how to curb irregular border crossings.

The US Department of the Interior’s Office of Reclamation also demanded in a letter sent last week that no new containers be placed. He said the office wants to avoid conflict with two federal contracts that have already been awarded and two more that remain pending to fill gaps in the border wall near Morelos Dam in the Yuma, Arizona area.

“The unauthorized placement of these containers constitutes a violation of federal law and is a transgression against the United States,” the letter reads. “That violation is damaging federal lands and resources and impeding the ability of the Office of Reclamation to carry out its mission.”

At the moment the office of Republican Governor Doug Ducey has not offered a response, but he had previously indicated that he will remove the containers when the federal government begins work to fill the gaps.

The tribe complained last month that the state of Arizona acted against its wishes by placing 42 of the double stacks of containers on its land near Yuma to curb irregular border crossings in an area that has become a hotspot. important gateway for migrants.

“We believe the Bureau is taking the necessary and appropriate steps to resolve this matter,” the Cocopah Tribe said in a statement distributed Monday. “Beyond that, we will continue to work closely with local, state and federal law enforcement to secure the border.”

Ducey ordered the installation of more than 100 double-stack containers that were placed during the summer, arguing that he could not wait for the Office of Customs and Border Protection of the United States (CBP for its initials in English) to award the contracts it had announced for fill gaps in the border wall in the Yuma area.

Elliot Spagat contributed to this report from San Diego.