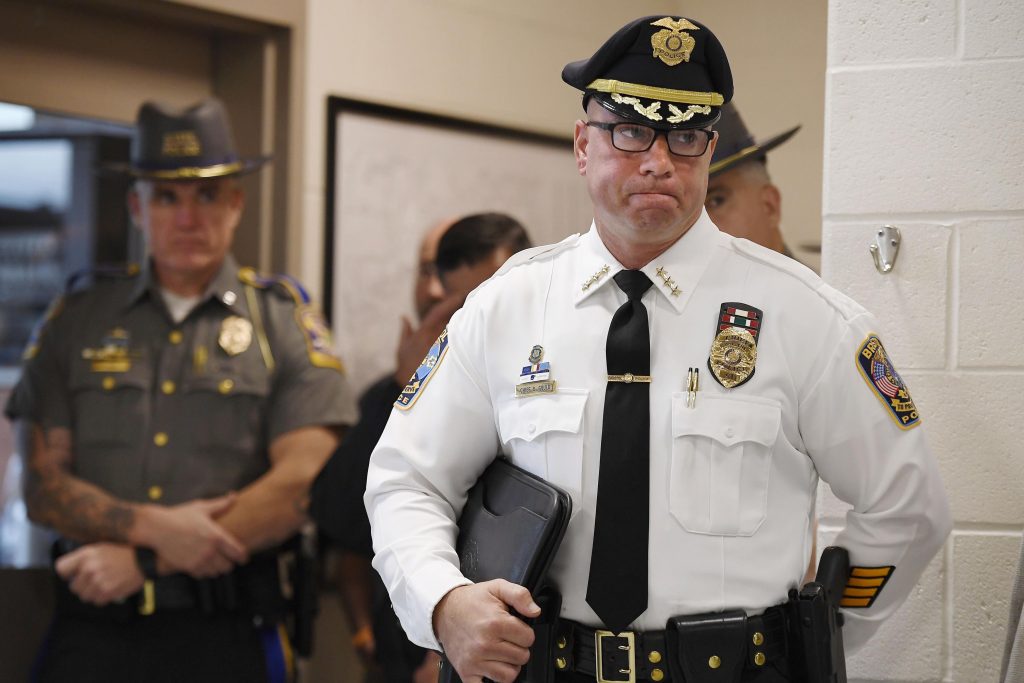 BRISTOL, Conn. (HPD) — Two police officers who were shot dead in Connecticut were apparently lured into an ambush by an emergency call about alleged domestic violence, authorities said Thursday.

State Police said in a news release that the emergency call Wednesday night about a dispute between two brothers appears to have been “a deliberate act to lure law enforcement officers to the scene” in Bristol.

The officers killed are Sgt. Dustin Demonte, 35, and Officer Alex Hamzy, 34, police said. He added that agent Alex Iurato, 26, was recovering. The incident occurred in an especially deadly week for law enforcement officers across the country.

Police said 35-year-old gunman Nicholas Brutcher was also killed and his brother Nathan Brutcher, 32, was wounded and was hospitalized.

Authorities say they are still working to answer many questions about the confrontation. No video of the incident has emerged.

Several witnesses said they heard three sets of shots, about 30 in all.

“I heard a whole war behind me,” said Danny Rodriguez, who says he was outside his home across the street when gunfire erupted. It was so intense that he could smell gunpowder in the air.

“It was so loud and crazy,” said Rodriguez, who remembers one woman yelling, “You killed them!

Officers were responding to a domestic violence incident at 10:30 pm when they found a man outside the home, state police Sgt. Christine Jeltema said.

“There were shots fired, fatally wounding an officer at the scene,” he added.

A second policeman died in hospital and the third underwent surgery.

Authorities did not say who fired the fatal shots. Jeltema indicated that the investigation was in its preliminary phase.

Bristol Police Chief Brian Gould said: “I have no words to express the sadness and pain brought before you this morning… Sadly, we have lost two exceptional Bristol Police Officers and a third was severely injured as a result of senseless violence.”

The officers were shot in an exceptionally violent week for police officers in the United States. In Mississippi on Tuesday, Detective Myiesha Stewart was killed and several other people were shot when she and other officers responded to a call, authorities said.