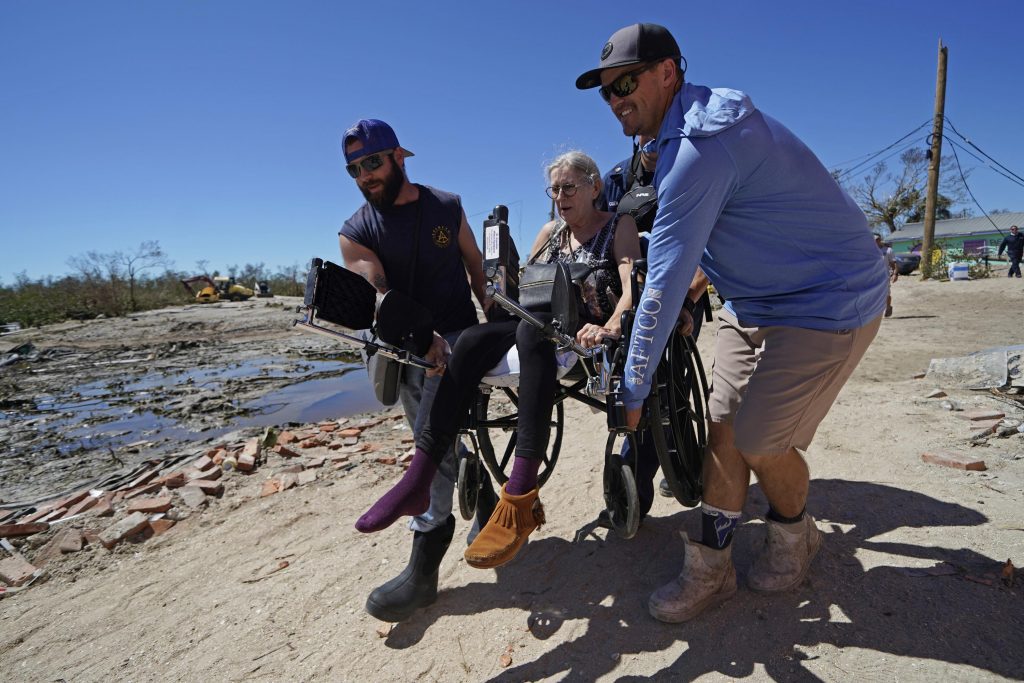 FORT MYERS, Fla. (HPD) — Florida authorities allowed people to return to their homes on a coastal island hit by Hurricane Ian Saturday, but the governor warned the disaster is not over.

Because many of the homes are still standing on Estero Island but lack basic services, portable toilets, handwashing stations, trailers with showers and other essentials have been sent to residents who wish to stay, he told a conference. Governor Ron DeSantis press release.

Debris will need to be removed before reconstruction begins.

“We have a lot to do and we still have a tough situation ahead of us,” DeSantis said.

Although the authorities authorized the residents to return to the island after the passage of the storm, they closed the access in order to allow the various teams to complete the search for possible victims in all the damaged buildings. The search concluded, residents lined up and were allowed to return on buses.

Shana Dam went to see what was left of her parents’ house.

Getting around the island, which encompasses most of the town of Fort Myers Beach, is difficult due to storm debris, although heavy machinery is used to clear roads.

While handwritten signs were posted throughout the area warning looters they would be shot by homeowners, Lee County Sheriff Carmine Marceno said only nine cases of theft have been reported.

Category 4 Hurricane Ian, with maximum sustained winds of 155 mph (249 km/h) when it made landfall, became the third deadliest storm this century in the continental United States after Katrina, which left nearly 1,400 dead. , and Hurricane Sandy, which caused 233 despite weakening to a tropical storm before making US landfall.

State officials have counted 94 storm-related deaths in Florida to date, with most occurring in Lee County, which includes the Fort Myers area and nearby Gulf Coast islands, including Estero Island.