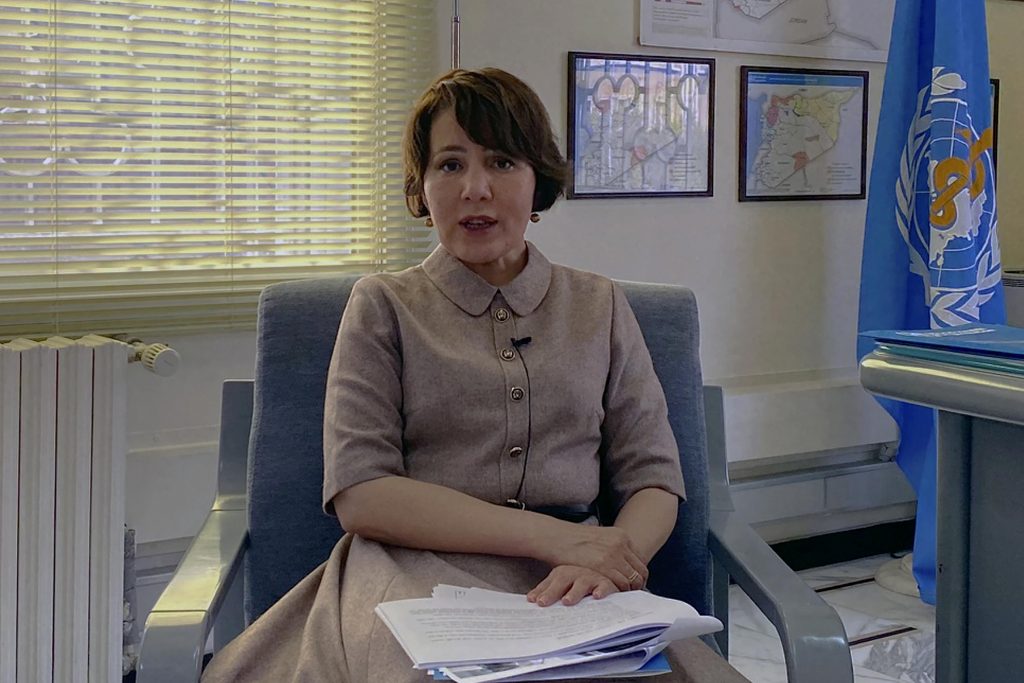 LONDON (HPD) — World Health Organization staff in Syria have accused their boss of embezzling millions of dollars, showering members of the government with gifts — including computers, gold coins and cars — and flouting health protocols. own agency against COVID-19 when the pandemic hit the country.

WHO members told investigators that the agency’s representative in Syria, Dr. Akjemal Magtymova, behaved abusively, pressured WHO staff to sign contracts with high-level Syrian government politicians, and wasted government funds. WHO and donors on an ongoing basis, according to more than 100 confidential documents, messages and other materials seen by The Associated Press.

Magtymova, a citizen of Turkmenistan and a medical doctor, declined to answer questions about the allegations, saying she was unable to respond “due to (her) duties as a WHO staff member.” She described the accusations as “defamatory.”

Complaints from at least a dozen workers have opened one of the largest internal WHO investigations in years, at times requiring more than 20 investigators.

The WHO confirmed in a statement that an investigation was underway, which it described as “protracted and complex.” The WHO declined to comment on Magtymova’s alleged violations due to confidentiality and staff protection issues.

The WHO office in Syria last year had a budget of about $115 million to tackle health problems in the war-torn country. Around 90% of the population lives in poverty and more than half are in desperate need of humanitarian aid.

Over the past few months, WHO experts have investigated incidents such as a party Magtymova apparently organized mainly to recognize her own achievements at the agency’s expense, her December 2020 request to staff to participate in a dance challenge (known as as “flash mobs”) and claims that he “did favors” for prominent politicians in Syria, in addition to meeting clandestinely with Russian military personnel, two possible violations of the WHO’s neutrality as a United Nations organization.

In a complaint sent in May to WHO director-general Tedros Adhanom Ghebreyesus, a worker stationed in Syria wrote that Magtymova had hired incompetent relatives of members of the government, including some accused of “countless human rights violations.”

Numerous WHO employees in Syria have told the agency’s investigators that Magtymova failed to grasp the severity of the pandemic in Syria and put the lives of millions of people at risk.

At least five workers complained to investigators that the person in charge had failed to comply with the recommendations of the WHO itself against COVID-19. They said that she had not encouraged remote work, she went to the office after contracting the virus and held meetings without a mask. Four workers said that she had infected other people.

In December 2020, at the height of the pandemic, he instructed workers in Syria to learn a dance popularized on the internet for a United Nations year-end event.

“Please note that we want you to listen to the song, rehearse the steps and record yourself dancing to the music to be part of our global video,” WHO communications worker Rafik Alhabbal wrote in an email to all staff in Syria. For her part, Magtymova sent a link to a YouTube video that she described as “the best tutorial.”

Several videos show workers, some wearing WHO vests or jackets, doing the “Jerusalem challenge” dance in offices and medical supply warehouses, at a time when WHO officials in Geneva were recommending that countries introduce remote work where possible and suspend all non-essential in-person meetings.

One of the incidents investigated was a party hosted by Magtymova last May, when she received an award from Tufts University, where she studied. The event, held at the exclusive Four Seasons hotel in Damascus, included a list of some 50 guests at a time when less than 1% of the Syrian population had received a single dose of the COVID-19 vaccine.

The evening included a speech by the Syrian Minister of Health, as well as a reception and nearly two hours of live music. WHO documents note that while the event was held to celebrate the WHO’s designation of 2021 as the Year of the Health and Care Worker, the party was dedicated to Magtymova, not the workers. It cost more than $11,000, according to a spreadsheet.

Other WHO members raised concerns about Magtymova’s expenses, saying she had been involved in a number of questionable contracts including a multi-million dollar transport deal to a supplier with whom she had personal ties.

At least five workers complained that Magtymova used WHO funds to buy gifts from the Ministry of Health and others, such as “very good laptops and servers,” gold coins and cars. HPD was not in a position to corroborate those allegations. Several WHO staff said they had come under pressure to strike deals on basic supplies such as fuel with senior members of the Syrian government.

Javier Guzman, director of the Center for Global Development in Washington, said the new allegations about Magtymova were “extremely troubling” and were probably no exception.

“Clearly there is a systemic problem,” Guzman said. “These kinds of accusations are not happening just in one of the WHO offices, but in several regions.”

Although Tedros was seen by some as the world’s moral conscience during the pandemic, he noted, the agency’s credibility has been badly damaged by reports of misconduct. Guzman asked the WHO to publish any reports from the investigation into Magtymova and the Syria office.

The WHO noted that research reports “are normally not public documents”, but that “aggregated, anonymous data” would be offered.

Sarah El-Deeb in Beirut contributed to this report.