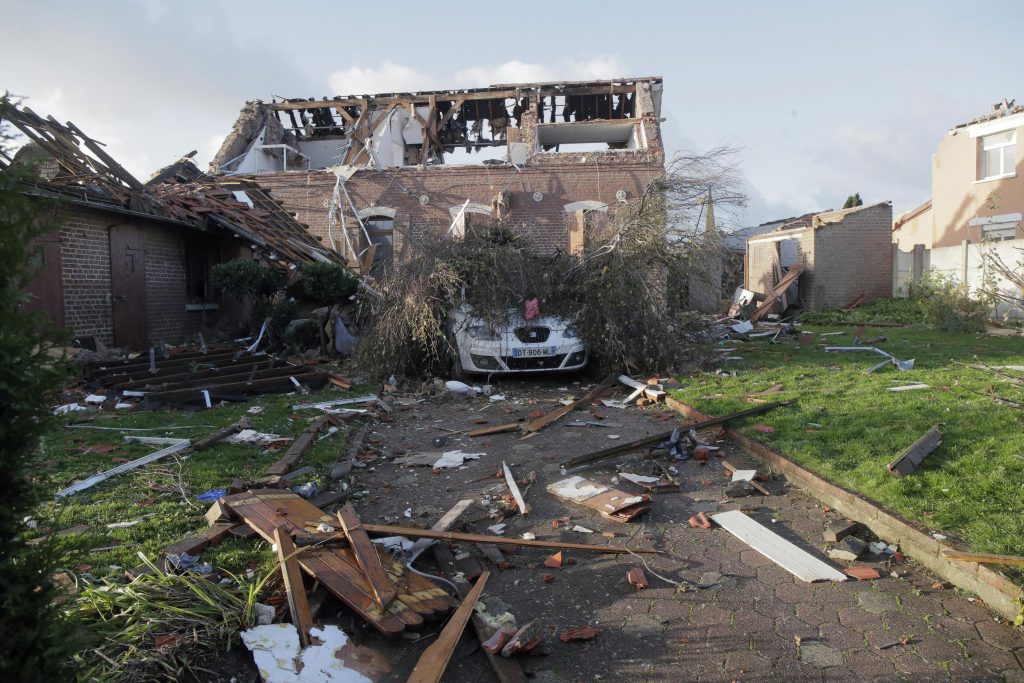 One person suffered minor injuries from Sunday’s storms and about 150 were evacuated, according to the Pas-de-Calais regional government.

Images shared online showed black clouds suddenly spinning over the field as the wind blew loose objects. The winds tore off sections of the Bihucourt church roof and damaged the steeple. There were scattered beams and tiles on the roads, along with trees and power lines.

The fire service in the Pas-de-Calais region described “tornado-like” winds in Bihucourt, Ervillers and Hendecourt-les-Cagnicourt.

The storm “destroyed almost the entire town (…). Some houses were knocked down, collapsed, roofs were ripped off. The church is partially destroyed,” Bihucourt Mayor Benoit-Vincent Caille said.

Some 70 kilometers (40 miles) to the south, strong winds damaged some 60 homes and other buildings in the French towns of Conty and O-de-Selle, according to local authorities, and residents were evacuated.

Gales also hit Belgium and the Netherlands, but no major damage was reported.