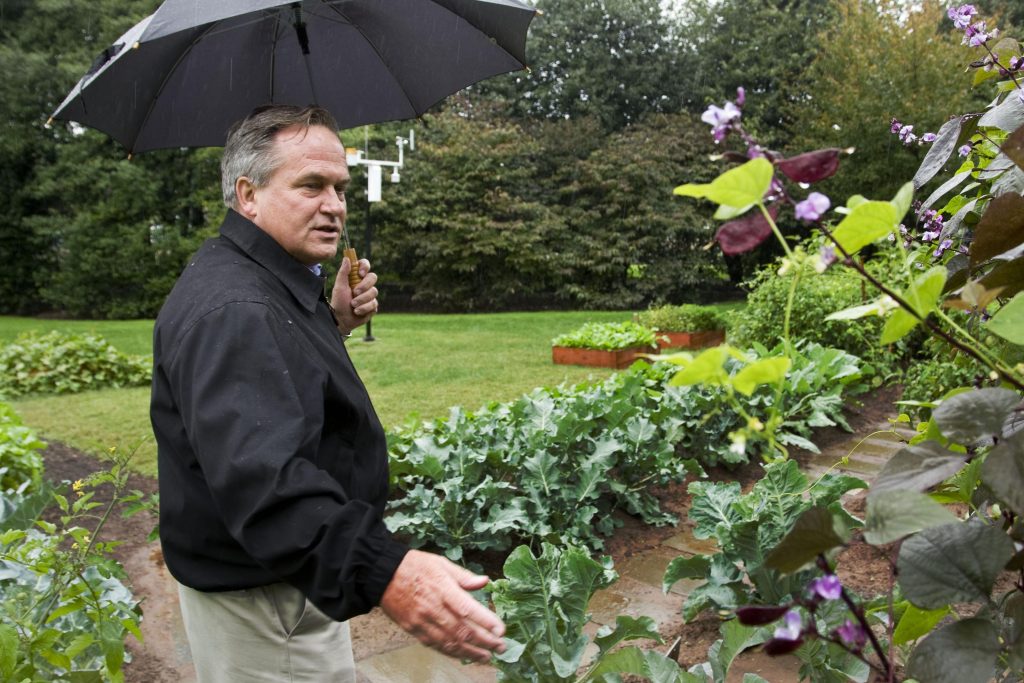 WASHINGTON (HPD) — Presidents come and go, but one constant through 10 terms has been Dale Haney, the White House’s chief gardener, who marks 50 years this month of serving families — and many of their pets. .

Haney’s primary responsibility is caring for the sprawling lawns, colorful flower gardens, hundreds of trees, thousands of shrubs, and flourishing orchard on the 18-acre (7-hectare) property surrounding the White House. He also chooses the official Christmas tree each year and has already chosen this year’s spruce from a farm in Pennsylvania.

But Haney is perhaps best known to many in the White House, from staff to Secret Service agents, as the keeper of the president’s pets.

“He’s like the charmer,” said Anita McBride, who was a young assistant in the Ronald Reagan administration’s correspondence office when she met Haney.

“The first thing I think of when I think of Dale is his relationship with the animals of the first family,” said Gary Walters, who had a long work history serving four presidents over 20 years as White House chief steward, directing to the residence staff.

Walters recalled the chaos following the terrorist attacks of September 11, 2001, and the evacuation of the White House while President George W. Bush was in Florida. Walters and some of his staff had stayed behind despite the evacuation. They were on the south lawn when Walters turned “and there was Dale with Barney under one arm and Kitty Cat under the other.”

“I had to find them and was looking for directions on what to do with them,” Walters said of the Scottish terrier and Bush cat. Finally, the pets were reunited with Laura Bush in a remote location.