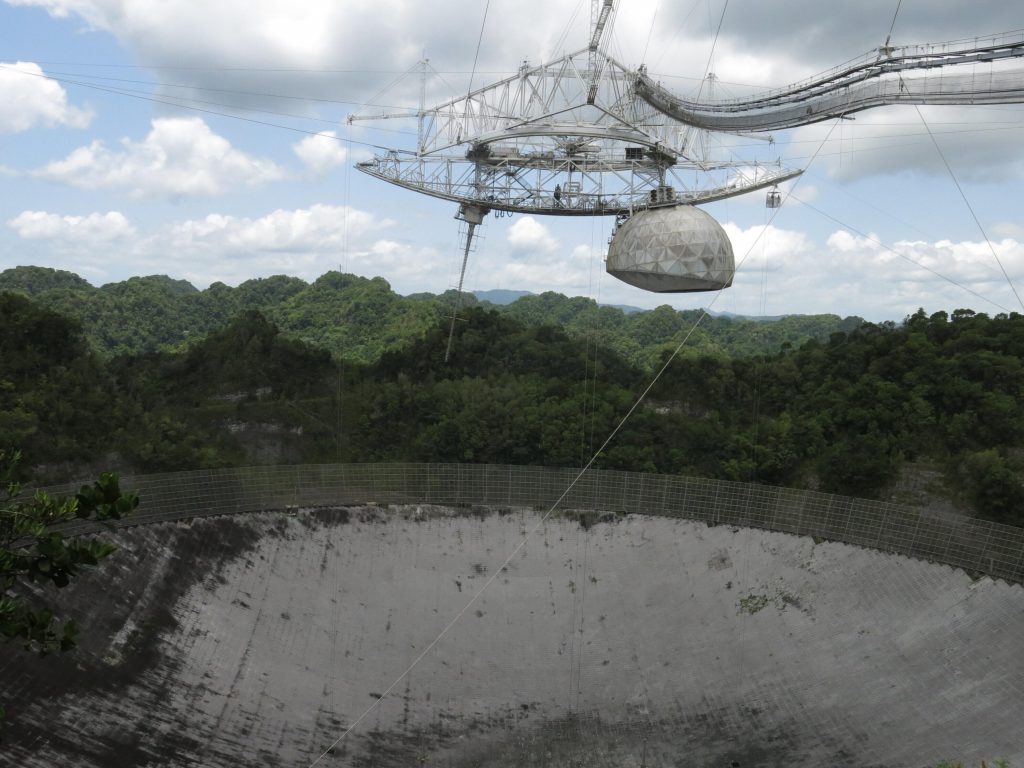 SAN JUAN (HPD) — The US National Science Foundation announced Thursday that it will not rebuild Puerto Rico’s famous radio telescope, which was one of the largest in the world until it collapsed nearly two years ago.

Instead, the agency (NSF) issued a request for the creation of a $5 million educational center on the site that would promote programs and associations related to science, technology, engineering and mathematics. It also seeks to implement a research and workforce development program, and the center is scheduled to open next year in the mountainous town of Arecibo in the north of the island, where the telescope once stood.

The request does not include operational support for existing site infrastructure that is still in use, including a 12-meter radio telescope or Lidar facility, which is used to study the upper atmosphere and ionosphere to analyze cloud cover data and the rainfall.

Scientists from around the world regretted the decision, after using the telescope at the Arecibo Observatory for years to search for asteroids, planets and extraterrestrial life. The 1,000-foot (305-meter) wide antenna was also featured in the film “Contact” starring Jodie Foster and in the James Bond movie “GoldenEye.”

The reflector dish and 900-ton platform that hangs 130 meters (450 feet) high have enabled scientists to track Earth-bound asteroids, conduct Nobel Prize-winning research and determine whether a planet is potentially habitable.

“We understand how much the site has meant to the community,” said Sean Jones, deputy director of NSF’s mathematical and physical sciences directorate. “If you’re a radio astronomer, you’ve probably spent some time in your career in Arecibo.”