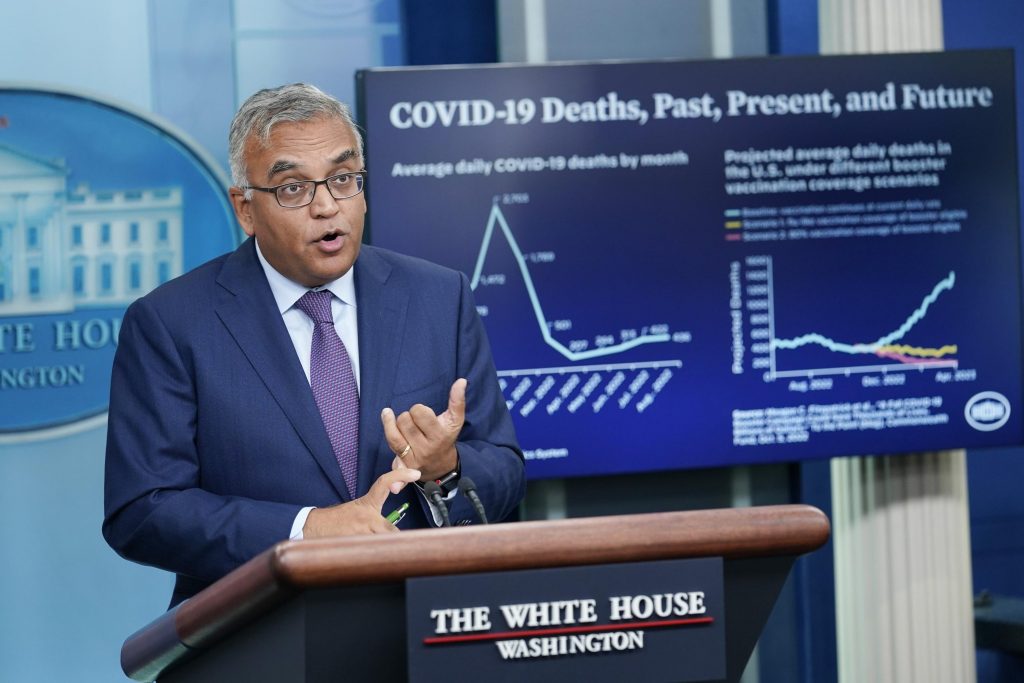 WASHINGTON (HPD) — The White House said Tuesday that eligible Americans should get updated COVID-19 vaccine boosters before Halloween for maximum protection against the disease by Thanksgiving and the holiday season, while warning that a “complicated” season for the virus is coming.

Dr. Ashish Jha, coordinator of the White House response to COVID-19, said that the United States has the tools, both in terms of vaccines and medicines, to largely eliminate the presence of serious illnesses and deaths caused by the virus, but stressed that this is only possible if people do their part.

“We are not defenseless against these challenges,” he noted. “What happens this winter is up to us.”

So far, the Centers for Disease Control and Prevention (CDC) said only about 11.5 million Americans have received the updated doses, which are intended to provide a boost of protection against both the original strain of COVID-19 as against the BA.5 variant, which is the predominant one worldwide.

Jha said studies indicate that if more Americans get updated vaccines, “we could save hundreds of lives every day this winter.”

On average, more than 330 people die each day from COVID-19, according to data from the CDC. The United States has reported more than 1.05 million deaths.

Jha acknowledged the slower pace of vaccinations, noting that “we expected September to be a month where it starts to pick up.” He added that the White House expects more Americans to get the updated boosters this month, around the same time they get their flu shots. He also stressed that they should come as soon as possible to be protected to meet their family and friends.

“I think people should get vaccinated before Halloween,” he said.

Jha criticized Congress, which has rejected the White House’s $22 billion budget request, saying it has prevented the United States from building a stockpile of available diagnostic tests in the event of a new winter surge.

“You can’t fight a deadly virus without resources,” he said, “and the lack of legislative action is really costly.”