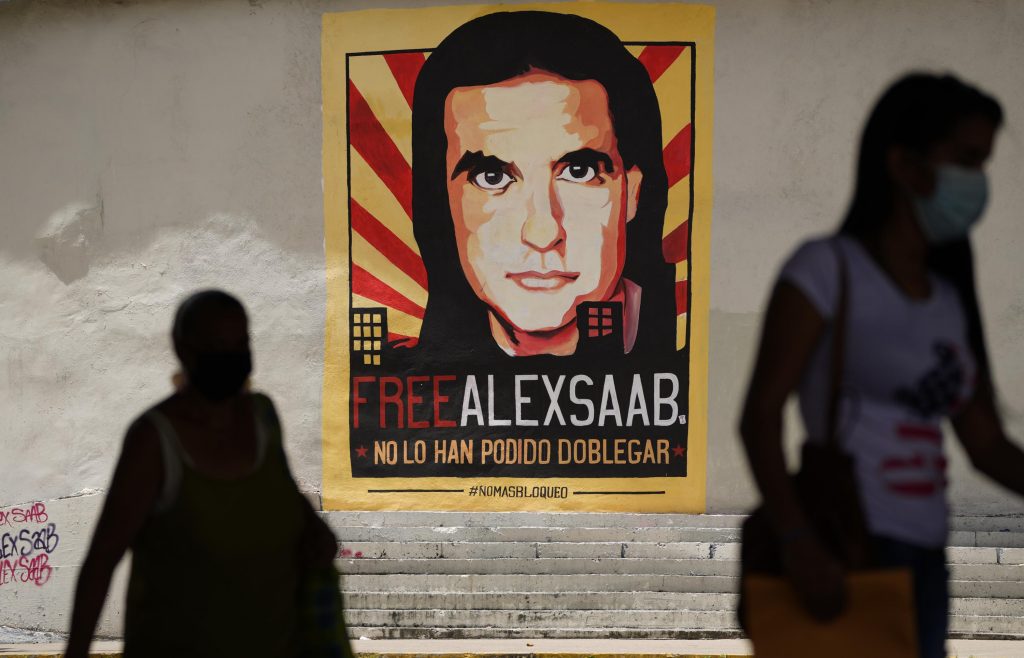 MIAMI (HPD) — Venezuela’s socialist government has been trying for two years to remove from the U.S. criminal justice system a businessman it says was on a secret mission with its ally Iran when he was detained on a U.S. arrest warrant during a routine stop to refuel in Africa.

But the campaign to secure Alex Saab Morán’s release suffered a setback when US prosecutors presented documents calling into question defense evidence supporting his claims that he has diplomatic immunity.

Saab had called for criminal charges filed in Miami for money laundering to be dismissed, but the prosecution’s response questioned the timing and manner in which Venezuelan President Nicolás Maduro allegedly appointed Saab as the government’s special envoy.

In addition, prosecutors obtained from the United States Library of Congress a printed copy of the Venezuelan Official Gazette of April 26, 2018, which contradicts an electronic version of the same special edition, number 6,373, presented by the defense and which allegedly shows Saab’s appointment as a special envoy in a presidential decree.

“This fact significantly calls into question whether the Maduro regime actually appointed Saab Morán as its special envoy, and instead suggests that this was a fabricated story,” prosecutors Kurt Lunkenheimer of Miami and Alex Kramer of Miami said in their response. Washington.

Washington at the time presented Saab’s arrest during a refueling stop in Cape Verde in 2020 as a major milestone in its efforts to topple Maduro. The Trump administration has portrayed the Colombian-born businessman as a figurehead for Maduro, benefiting from state contracts as hunger spread across the South American country.

In Venezuela, the previously unknown Saab became a figure of great importance. Government-sponsored marches, books and documentaries portrayed him as a “kidnapping” victim of the US “empire,” whose only crime was helping the oil nation circumvent what he sees as illegal US sanctions.

The legal battle has been further complicated by evidence that prior to his arrest, Saab had been booked as an informant for the US Drug Enforcement Administration and had provided information to the agency about corruption in Maduro’s inner circle.

In their latest allegations, prosecutors allege that Saab met with U.S. law enforcement officials six times between 2016 and 2019, forfeiting $12.5 million in contract profits along the way that he allegedly admitted to getting from Saab. bribes In those meetings, Saab never said that he was a Venezuelan diplomat, they said.

The prosecution alleges that the Maduro government also failed to mention any diplomatic conditions when protesting Saab’s detention. The first three letters from then Foreign Minister Jorge Arreaza to authorities in Cape Verde refer to Saab as an “agent” or “representative” of the Maduro government and mention only the non-diplomatic passport he was carrying when he was detained.

The existence of a supposed diplomatic passport was not mentioned until months later. And that document bears the exact same image and signature as the non-diplomatic passport that appeared to have been issued nearly two years later, prosecutors said.

The prosecution also mentioned inconsistencies in the Official Gazette of Venezuela in which the presidential decree appointing Saab as a special envoy was allegedly recorded. Although the appointment was in the electronic copy provided by Saab’s lawyers, it did not appear in the hard copy of that same edition housed in the Library of Congress. Saab’s name also does not appear in a version hosted on the website of the Supreme Court of Venezuela.

Still, a key to Saab’s defense is that at the time of his arrest he was carrying letters from Maduro and other officials that allegedly accredited him to the Islamic republic, as well as official documents showing that he was authorized to trade some of the oil reserves. gold from Venezuela in exchange for much-needed fuel.

The defense has also pointed to internal State Department emails and a book by former US Defense Secretary Mark Esper that show the Trump administration was aware of Saab’s sensitive negotiations on behalf of the Maduro government. His lawyers claim that it is a tacit acknowledgment of his diplomatic status.

The crossing of allegations continued before a hearing in December in which Judge Robert Scola would study the evidence on Saab’s diplomatic position.

The 50-year-old businessman was charged in 2019 with eight money laundering offenses associated with a bribery scheme that allegedly embezzled $350 million from state contracts to build affordable housing for the Venezuelan government.

While the arrest was initially billed as a triumph for the Trump administration, the case has become a major stumbling block in the Biden administration’s efforts to improve relations with Caracas at a time when the West is seeking new sources of crude oil. to compensate for the loss of Russian exports following sanctions for its invasion of Ukraine.