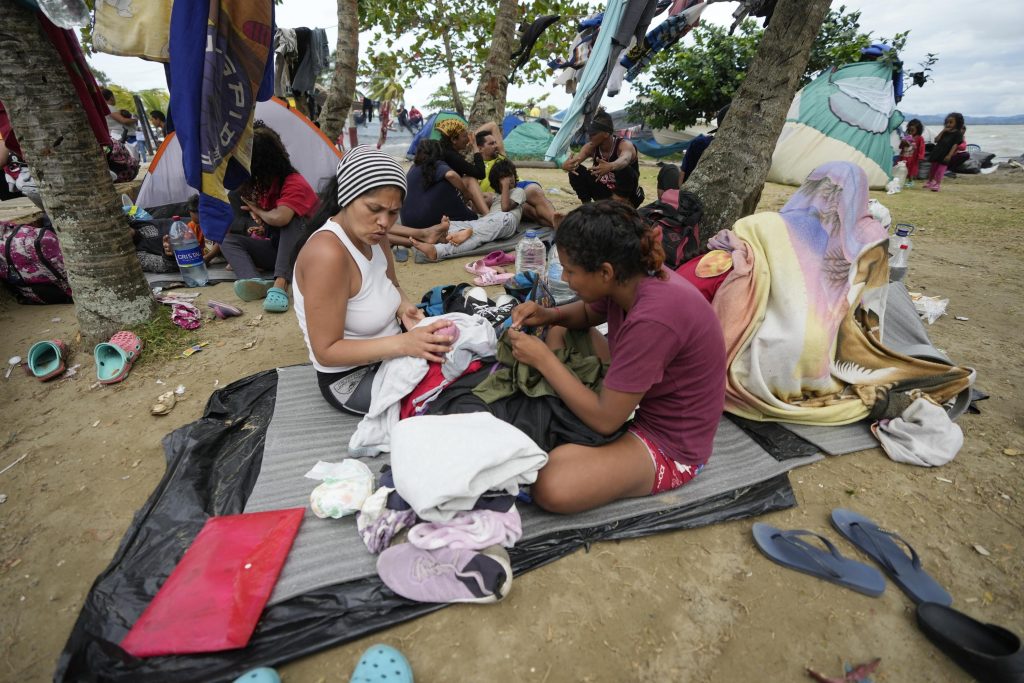 MEXICO CITY (HPD) — The United States began the return of Venezuelan migrants Thursday through several points along the border with Mexico while sending a clear message to those on the way to abandon their attempt because they will no longer be able to enter to the country.

Catholic church shelters in Matamoros, Ciudad Juárez and Piedras Negras, on the Mexican border, reported the returns to The Associated Press. The International Organization for Migration confirmed in a brief message that it was aware of the start of returns, but did not elaborate. The authorities did not offer information in this regard.

The returns are part of a plan announced Wednesday by the US and Mexican governments, under which the White House will accept up to 24,000 Venezuelan migrants who pre-register for the program and arrive by air.

Mexico, for its part, will receive those expelled from that nationality who cross irregularly by land, as had been customary in the last year.

Some 120 Venezuelans were returned to Matamoros, the city that is on the other side of Brownsville on the eastern edge of the border, confirmed Father Francisco Gallardo, director of the Casa del Migrante, where the foreigners stayed. They all arrived with a temporary permit to be in Mexico, the priest explained, adding that he had not received any information about what would happen to them.

“People are very angry, very upset. They are surprised, they want answers, and we don’t know how to inform them,” Gallardo said.

Father Javier Calvillo, from the Casa del Migrante de Ciudad Juárez, in the center of the border, pointed out that returned Venezuelans had also begun to arrive there, although he could not give a figure. Only some who asked for a bathroom, clothes or food passed through his shelter, but most were housed in state facilities, he added.

Returnees also began to arrive in Piedras Negras, said Edgar Rodríguez Izquierdo, a lawyer for the Catholic church shelter in that city. Rodríguez also did not offer figures because, although they were informed of the situation, they did not receive any migrants since they apparently remained under the protection of the federal authorities.

Meanwhile, one day after announcing the program, Blas Nuñez-Neto, Acting Undersecretary for Border Policy and Immigration at the US Department of Homeland Security, recalled that those who now cross Panama and Mexico “will not be eligible” for the new plan. .

“To those who are on the move, I want to say clearly to stay where you are, not to enter Mexico and not to try to cross our border,” the official said in a telephone press conference.

It is estimated that more than seven million people have fled Venezuela in search of a better life due to the political and economic crisis plaguing the nation. Many stayed in other Latin American countries, but in the last year arrivals in the United States have multiplied and the Venezuelan has become the second nationality with the most interceptions at the border, after the Mexican.

Under pressure from Washington, Mexico placed restrictions on air travel by Venezuelan migrants in January and, since then, passage through the jungle of the Panamanian province of Darién, on the border with Colombia, has increased.

So far in 2022, more than 151,000 people have crossed into Panama through the jungle, of which 107,000 were Venezuelans. According to Nuñez-Neto, some 3,000 migrants pass through Panama daily and most of them are also from Venezuela.

In an attempt to curb arrivals, the Joe Biden administration announced on Wednesday the program that penalizes those who cross the border illegally and encourages legal arrival, a plan similar to that applied to Ukrainians after the Russian invasion. of your country in February.

Those who receive authorization will be able to enter the United States through airports and will have a work permit for about two years, Nuñez-Neto said. The process can be started online from any country you are in and it will be expedited. In some cases it could be approved in as little as a week, she added.

But Venezuelans must have a financial sponsor in the United States and those who have entered Mexico or Panama after the announcement, have permanent residence or dual nationality or refugee status in another country, among other requirements, will not be eligible for the program.

Shortly after the announcement of the program, numerous immigrant and refugee advocacy groups said that the offer of 24,000 humanitarian visas is not enough considering the delicate situation of the country and the migratory flow.

Nuñez-Neto said the initiative will be closely monitored and, if successful, the number of visas could be increased and even include other nationalities.

Venezuelans who are considered vulnerable and fear for their lives can apply for asylum at the border on an exceptional basis, the US official explained. The rest will be returned by a provision known as Title 42, which suspends the right enshrined in international and US law to request asylum, on the grounds of preventing the spread of COVID-19.