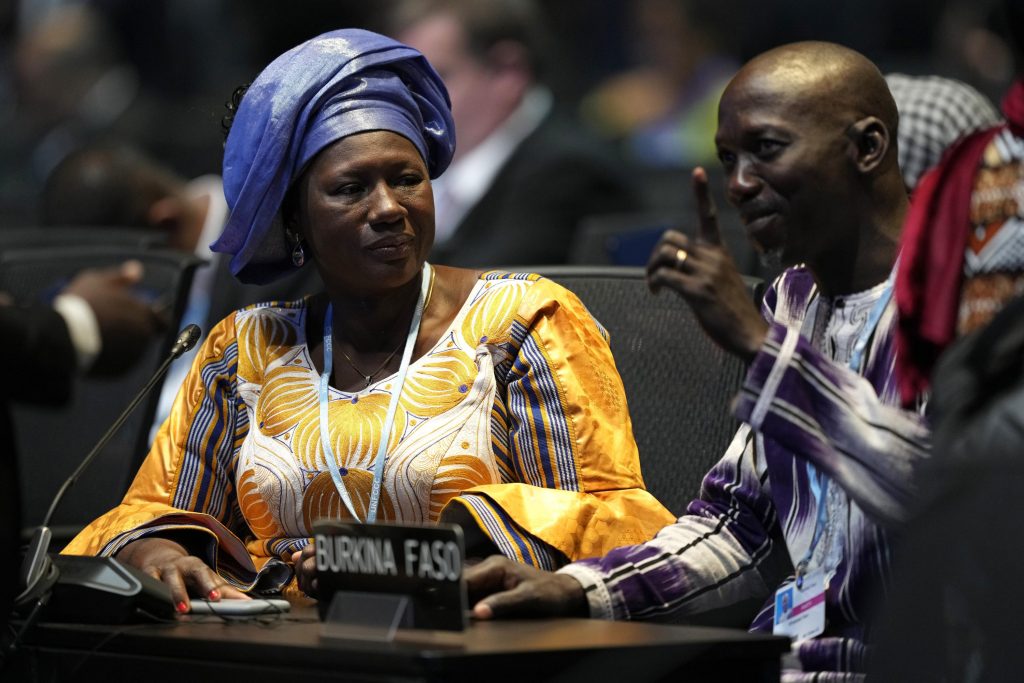 SHARM EL SHEIKH, Egypt (HPD) — Delegates from around the world gathered Sunday in the Egyptian resort of Sharm el Sheikh for talks on combating climate change, at a time when the planet was also facing challenges such as war in the Ukraine, inflation, food shortages and an energy crisis.

United Nations Secretary-General António Guterres warned last week that the planet is irreversibly headed for “climate chaos” unless countries find a way to get the world back on track in reducing greenhouse gas emissions. and help poor countries deal with the effects of global warming.

More than 40,000 participants have registered for this year’s talks, reflecting the sense of urgency as climate events around the world affect millions of people and cost billions of dollars in repairs. Egypt indicated that 120 world leaders would attend, many of whom would speak at the high-level session on November 7-8. US President Joe Biden was scheduled to arrive later in the week.

But many top dignitaries, including Chinese President Xi Jinping and Indian Prime Minister Narendra Modi, were not scheduled to attend, raising doubts that the talks in Egypt could lead to meaningful deals to cut emissions without two of the world’s biggest polluters.

German Foreign Minister Annalena Baerbock said the talks were clouded by the Russian attack on Ukraine, which has had political and economic consequences around the world.

“But 2022 must not become a lost year for climate protection,” he said in a statement. “For many states, it is about the survival of their people and their culture. For them, the most important security issue remains the climate crisis, not Russia’s war in Europe.”

Germany is willing to show solidarity with poor countries, Baerbock said, including the thorny issue of offsetting losses from climate change caused by rich countries’ emissions.

Rights groups criticized Egypt on Sunday for restricting protests and increasing surveillance of the population during the summit.

“It is becoming clear that the Egyptian government has no intention of relaxing its abusive security measures and allowing freedom of expression and assembly,” Adam Coogle, the group’s deputy director for the Middle East and North Africa, said in a statement.

Human Rights Watch said it had joined some 1,400 groups around the world in calling on Egypt to lift restrictions on civil society groups.

Alaa Abdel-Fattah, a prominent pro-democracy activist in prison, stepped up his hunger strike on Sunday, on the first day of COP27, according to his family. Abdel-Fattah’s aunt, award-winning novelist Ahdaf Soueif, said she had gone on a “full hunger strike” and stopped drinking water at 10am local time. Worried that she might die without water, she asked the authorities to respond to local and international petitions and release her.