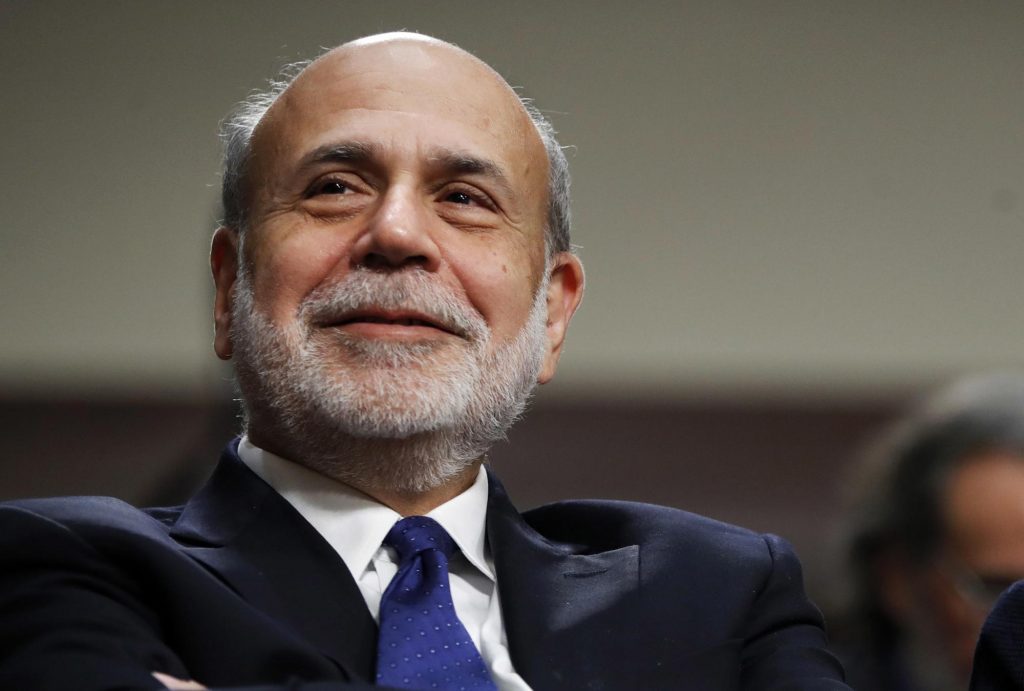 STOCKHOLM, Sweden (HPD) — Former U.S. Federal Reserve Chairman Ben S. Bernanke, who lent his academic insights on the Great Depression to work to revive the U.S. economy after the 2007-2008 financial crisis, won won the Nobel Prize in Economics on Monday along with two other US-based economists for their work on the effects of bank collapses.

Bernanke, Douglas W. Diamond and Philip H. Dybvig were recognized for showing in their work “why preventing bank collapses is vital,” the Royal Swedish Academy of Sciences said in announcing the award in Stockholm.

With their findings from the early 1980s, the laureates laid the groundwork for the regulation of financial markets and management of financial crises, the committee said.

Bernanke, 68, now at the Brookings Institution in Washington, studied the Great Depression of the 1930s, which showed the danger of a bank run, when frightened savers withdrew their deposits en masse.

Diamond, 68, who works at the University of Chicago, and Dybvig, 67, an expert at Washington University in St. Louis, showed how government deposit guarantees can prevent a financial crisis from spiraling out of control. .

“The laureates’ insight has enhanced our ability to avert both serious crises and costly bailouts,” said Tore Ellingsen, chair of the Committee for the Prize in Economics.

His research gained real-world importance when investors panicked the financial system in the fall of 2008.

Bernanke, then Fed chief, teamed up with the US Treasury Department to shore up big banks and alleviate a lack of credit, the lifeblood of the economy.

He cut short-term interest rates to zero, directed the Fed’s purchases of Treasury bonds and mortgages, and established unprecedented lending programs. Taken together, those moves calmed investors and strengthened the big banks.

They also pushed long-term interest rates to record lows and drew harsh criticism of Bernanke, especially from some 2012 Republican presidential hopefuls, that the Fed was eroding the value of the dollar and risked sparking inflation. later.

The Fed’s actions under Bernanke expanded the central bank’s authority into uncharted territory. They failed to prevent the longest and most painful recession since the 1930s. But in retrospect, the Fed’s actions are credited with rescuing the banking system and averting another depression.

And Bernanke’s Fed set a precedent for the central bank to respond quickly and forcefully to economic shocks.

When COVID-19 hit the US economy in early 2020, the Fed, under Jerome Powell, rushed to reset interest rates to zero and pumped money into the financial system. The aggressive intervention, coupled with massive government spending, quickly snapped the slowdown and led to strong economic growth.

But the quick recovery came at a cost: Inflation started rising rapidly last year and is now near 40-year highs, forcing the institution to change course and raise rates to cool the economy. Central banks around the world are taking similar steps as inflation erodes consumers’ spending power.

The Nobel Prize for Economics includes a cash prize of 10 million Swedish kronor (nearly $900,000) and will be awarded on December 10.

Unlike other prizes, the economics prize was not established in Alfred Nobel’s will in 1895, but by the Swedish central bank in his memory. The first winner was chosen in 1969.

Last year’s Nobel Prize for Economics was distributed. David Card received half for his research on how the minimum wage, immigration and education affect the labor market. The other half went to Joshua Angrist and Guido Imbens for proposing how to study questions that don’t fit easily into traditional scientific methods.