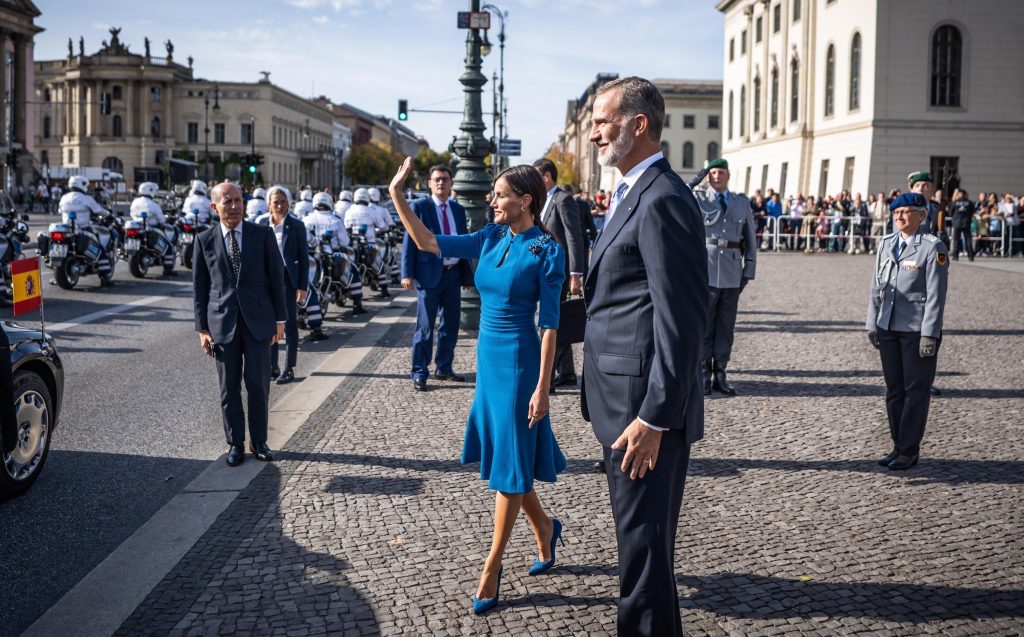 BERLIN (HPD) — King Felipe VI and Queen Letizia of Spain began a state visit to Germany that was delayed a year due to the coronavirus pandemic. As part of the activities, the monarch and the German president will open the Frankfurt Book Fair.

President Frank-Walter Steinmeier received Felipe with military honors on Monday at Bellevue Palace, the official residence of the German head of state, in Berlin.

“We are finally here, we are very happy with it,” Felipe said. He added that Germany and Spain are “two great sovereign nations united by the principles of freedom, democracy and the rule of law.”

The king was also scheduled to meet with Chancellor Olaf Scholz; visit the German Parliament, the Berlin City Hall and the Brandenburg Gate in the capital, the symbol of Germany’s post-Cold War reunification. He will also attend a German-Spanish forum that will address topics such as the transition to a greener future and digitization.

Felipe and Steinmeier will open the Frankfurt Book Fair together on Tuesday. Spain is the guest of honor this year at the fair, which will last until Sunday.

Felipe said he hopes this will help further promote the Spanish language and culture “as a vehicle for mutual understanding between the two peoples.”