Skip to content
Home » The Elders: Only diplomacy will end war in Ukraine 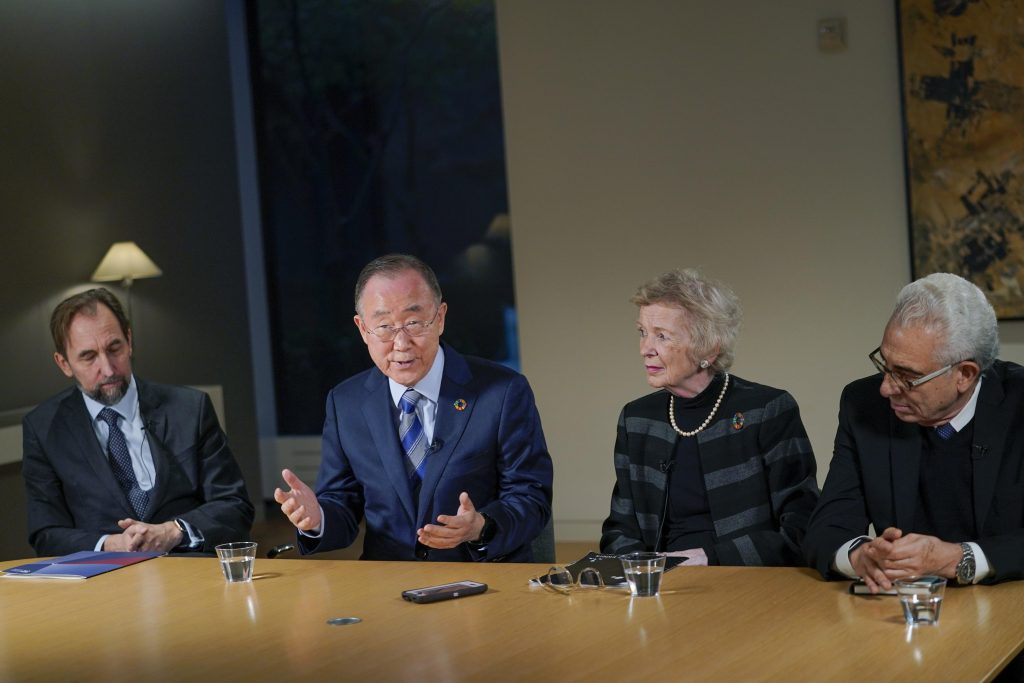 UNITED NATIONS (HPD) — Only dialogue and diplomacy can end the devastating war in Ukraine, as total victory on the battlefield is impossible for any of the warring parties, members of a group said Friday. of world leaders founded by Nelson Mandela.

The group, known as The Elders, delivered that message to Ukrainian President Volodymyr Zelenskyy, telling him on a visit to kyiv in mid-year that he should start considering a way out of the conflict, the group’s president, Mary Robinson, said. former president of Ireland, during a meeting with executives of The Associated Press.

“We have to encourage more thinking about how this is going to end so that there is the idea that this has to end, instead of increasing the military arsenal of both sides,” said Robinson, who was also high commissioner of the UN for human rights.

The Elders has called Russia’s invasion of Ukraine “a flagrant violation of the Charter of the United Nations and a reckless and unjustifiable act of aggression that threatens to destabilize peace and security in the world.” In late September, The Elders also condemned Russia’s illegal annexation of four Ukrainian regions and defended Ukraine’s right to defend its territory and sovereignty.

Zeid Ra’ad al-Hussein, a former UN human rights commissioner, agreed that diplomacy and negotiation were the only way out of war, but stressed that this did not mean asking Ukraine to give up its sovereignty, since He was the victim of an unprovoked assault.

He hinted that a solution to the conflict might involve Russia receiving a concession “from another direction,” a possible reference to NATO, or one of its key members. Russian President Vladimir Putin has long complained that the Western alliance is closing in on his borders, a reality he has cited to justify the invasion.

Former Mexican President Ernesto Zedillo said that, despite the economic sanctions imposed by the European Union and the United States, “the flow of resources to finance this war has continued,” including the huge inflow of oil revenues to Russia.

“I think there should be less hypocrisy in the way this bellicose economic war is being waged,” he said.

Zedillo also accused Russia of committing crimes that the International Criminal Court is mandated to investigate: genocide, war crimes and crimes against humanity, and that must be decided by due process.