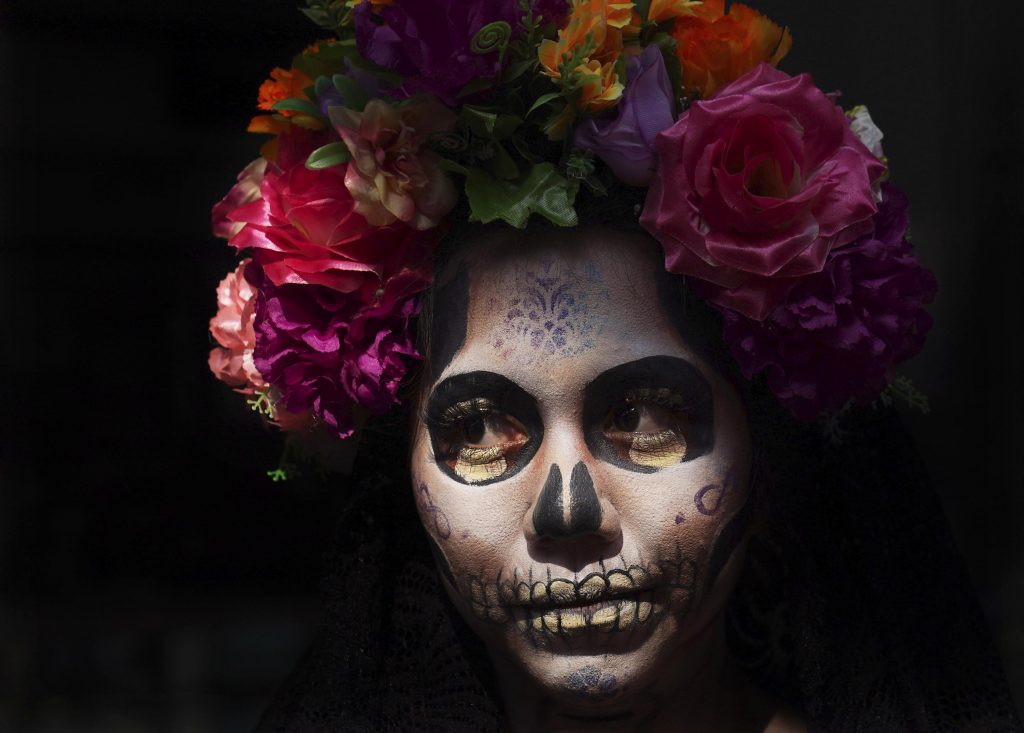 MEXICO CITY (HPD) — Here death is a party in which those who left return to spend a night among the living.

During the Day of the Dead that Mexico celebrates every November, flowers, tequila and music parade. In the streets they dance and in the houses they eat sugary bread because the absence is not lamented, but life is celebrated.

There is no precise date or place that marks its origin in history, but it is known that the Day of the Dead was born from pre-Hispanic customs that began to change after the Spanish conquest and the arrival of Catholicism in 1521. Dr. Andrés Medina, researcher at the Institute of Anthropological Research of the UNAM, explains that the starting point is in the beliefs related to cultivation in Mesoamerica.

“In mythology, the corn is buried when it is planted and that character that is the corn leads an underground life for a period and then reappears as a plant,” he says.

“It is very well expressed in the Popol Vuh, where two brothers go to the Underworld and narrate their adventures to later reappear in the form of corn cane,” he adds, referring to the sacred book of the Mayan indigenous people that narrates their history and mythology.

Under this conception, the grain of corn is seed. It is bone and principle of life. Hence, every Day of the Dead the skeleton is the idol under the spotlight: men and women make up as skulls and in the smiling figures of the allegorical cars there is no skin.

This notion of the return of the bones to the world of the living is also what explains the offerings: like the seeds under the ground, the dead disappear temporarily, but they return as the harvest that is expected each year.

Families longing for the return of their deceased set up an altar for them. Most usually include confetti and candles, but there is not one equal to another because they all bring together what the absent person liked in life. There may be photos, cigars and a bottle of mezcal here or a plate of mole, tortillas and chocolates there. The inevitable are the cempasúchil flowers, which are native to Mexico and usually upholster the streets, houses and balconies in orange from the end of October.

Medina explains that the layout of the traditional altar follows a pattern that represents the levels of the world and the Mesoamerican worldview. In the upper part, photos of the deceased are placed, in the middle the candles, fruits and flowers, and in the lower part the food. “To the extent that indigenous languages ​​have been lost, meaning has been lost, so people do it intuitively. Where the indigenous languages ​​have been maintained, the tradition is still alive”.

The arrangement of the altar is not the only thing that has been modified. According to the expert, the public and institutional expressions of the festival have also evolved. In other words, although the government currently organizes a capital parade in which hundreds of people participate, in its most traditional facet it is usually reserved for private spaces. On the one hand there are the home altars and on the other the visits that families make to the cemeteries to decorate the tombs of their loved ones, serve them their favorite food and hire musicians to play the sones they liked to sing.

“It is still done as a welcome to the dead, but expressions have been developed —especially nationalist— as a result of the Revolution,” says Medina, alluding to the armed conflict that began in Mexico in 1910. “From 1920 onwards, to recover the tradition of the indigenous peoples, but it does not acquire the massive form that it has now”.

Another element that over time occupied its own symbolic space is the bread of the dead. Currently its recipe varies according to the taste of each chef, but in its beginnings its round body was nourished by wheat and sugar brought by the Spanish, while its decoration simulates the sacred bones of the Mesoamerican worldview.

The choice of the date of the celebration was also the result of the meeting of two worlds. After the arrival of the conquerors, the essence of the indigenous ritual was maintained, but it was decided to adjust to the Catholic calendar, which celebrates the feast of All Saints on November 1. Currently on that date deceased children are remembered and on day 2 adults.

In the middle of the Zócalo of Mexico City, surrounded by representative altars from all the states of Mexico, Paola Valencia says that the tradition is very special in her city of origin: Santa Cruz Xoxocotlán, in Oaxaca.

“I love it because it reminds me that (the dead) are still among us,” she says excitedly.

The 30-year-old says that large altars are built in her town and although that involves a lot of work, in her community it is a source of pride. “Sometimes it even makes me want to cry. Our altars say who we are. We are very traditional and we love to feel that they (the dead) are going to be with us even once a year”.

Behind them, hundreds of Mexicans take photos with different catrinas, as the skulls dressed in hats and gala clothes are known, inspired by the engravings of José Guadalupe Posada, a Mexican artist who portrayed the sorrows and joys of the town at the beginning of the 20th century. twentieth century.

Everyone smiles because here death is also life. Those who left are still among us to share the table, dance to the music and break bread together.

The Associated Press’ religious news coverage is supported through a partnership with The Conversation US, with funding from the Lilly Endowment Inc. The HPD is solely responsible for all content