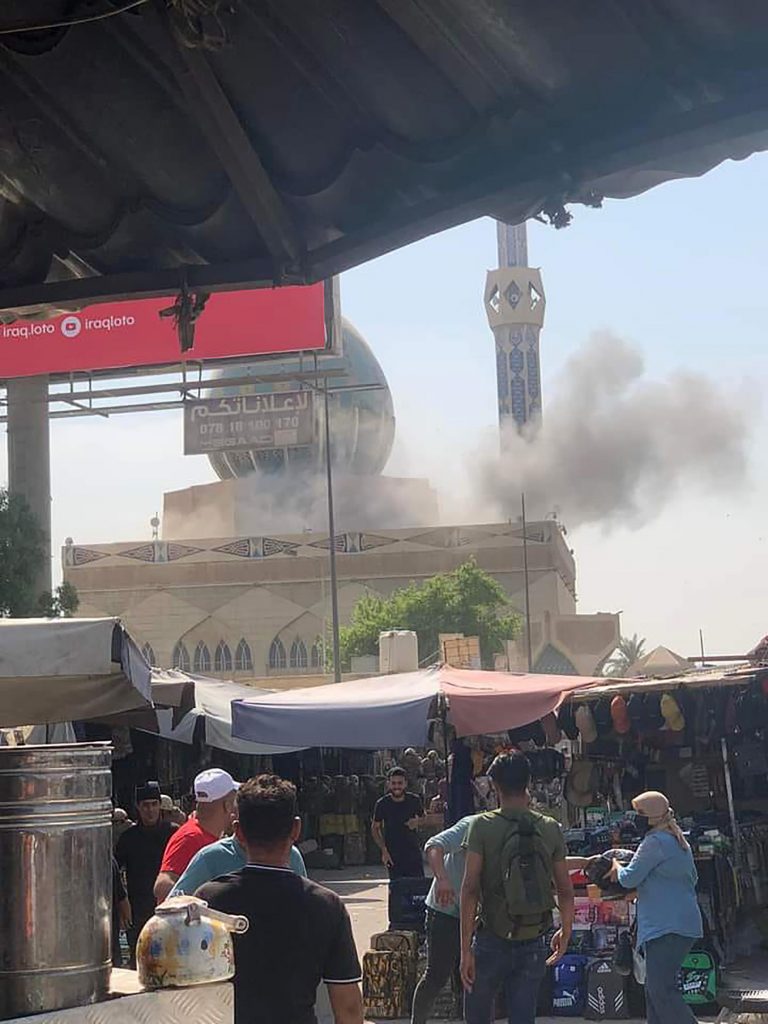 BAGHDAD (HPD) — At least nine rockets were fired Thursday at the Iraqi parliament in Baghdad’s fortified Green Zone ahead of a long-awaited session to resolve a political crisis, according to the Iraqi military.

The attack delayed a session to elect a president, a key step in resolving the impasse and forming a government a year after federal elections. In the afternoon the required minimum was reached with at least 269 of the 329 parliamentarians present.

At least five people – three civilians and two soldiers – were wounded in the attack, military officials said without giving further details. At first it was unknown who had launched the projectiles.

The attacks, which appeared to be an attempt to impede parliament’s work, came after the Coordination Framework, an alliance of mostly Shiite parties with Iranian backing, submitted a formal letter claiming to be the largest group of the camera. The alliance named Mohammed Shia al-Sudani as its prime ministerial candidate, a key legal step in forming the next government.

Many feared there would be protests by supporters of influential Shiite cleric Muqtada al-Sadr, Marco’s political rival, ahead of the day. His supporters stormed parliament on June 30 and stalled government formation when Al-Sudani was named a Coordination Framework candidate for the first time.

Al-Sadr’s party won the most votes in the October 2021 elections, but he ordered his parliamentarians to resign after failing to achieve a quorum to elect a government that would have excluded his Iranian-backed allies.

The British ambassador to Iraq, Mark Bryson-Richardson, described the attack as “completely unacceptable”.

“Violence has no part in the political process and state institutions must be allowed to operate,” he tweeted.

Under Iraqi law, before lawmakers can vote for a candidate for prime minister, they must elect a president.

The officials spoke on condition of anonymity because they were not authorized to brief the media.

It was not the first rocket attack on the parliament building before a session.

On September 28, three rockets were launched towards the Green Zone when a motion of confidence was to be held for the president of the chamber, Mohammed al-Halbousi.