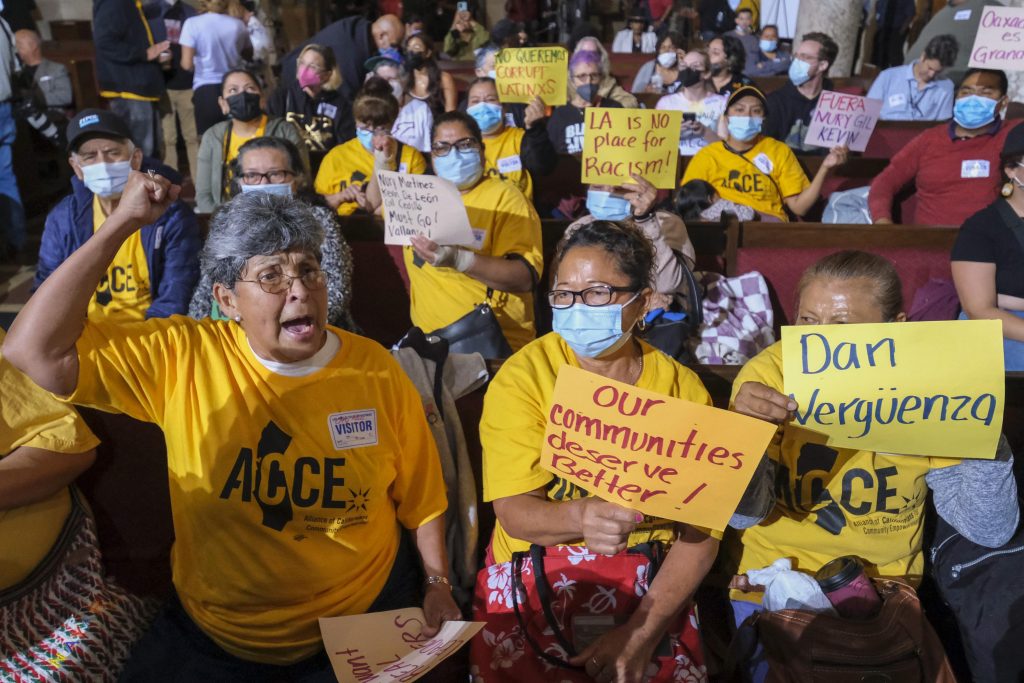 But a shocking recording of racist comments by the president of the City Council laid bare the tensions over political power that have been quietly brewing between the Hispanic and Black communities.

Nury Martinez, the first Latina elected to lead the Los Angeles City Council, resigned from her leadership role last week, and then from the council altogether, after a recording surfaced of her making racist and vulgar comments in an argument with other Hispanic leaders.

In the conversation, revealed by the Los Angeles Times, Martinez says that white councilman Mike Bonin treats his young black son as if he were an “accessory” and added that “he seems like a monkey.” He also made disparaging comments about other groups, including indigenous people from the southern state of Oaxaca, Mexico, whom he called “ugly.”

The recording shocked and hurt many in the black community, which makes up just under 9% of the city’s nearly 4 million people. Concerns within that group, which has long held council seats and other city offices in neighborhoods with large numbers of African Americans, have been growing in recent years as the Latino share of the population it has practically increased to almost half and Hispanic politicians have begun to assume higher positions.

“Discovering that these conversations are part of the dialogue of the very people charged with running the city of Los Angeles and realizing that there is a plot between them to minimize the voice and political power of the Black community makes it all the more reprehensible,” wrote Danny J. Bakewell, Sr., executive editor of the Los Angeles Sentinel, a black-run newspaper.

The now-infamous conversation was recorded in October 2021 and featured political redistricting in the city. Others in attendance were Councilmembers Gil Cedillo and Kevin de Leon and Los Angeles County Federation of Labor President Ron Herrera.