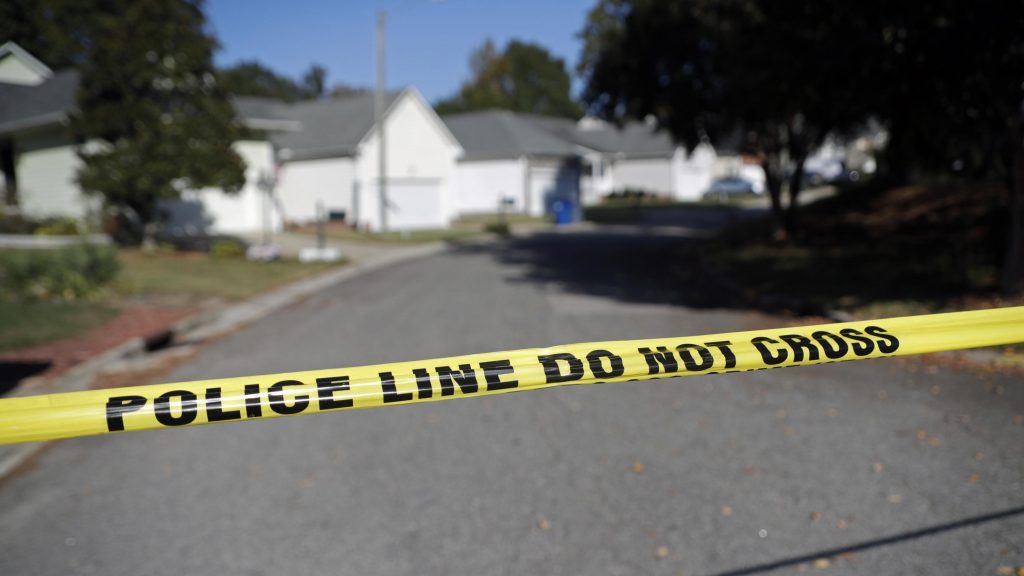 RALEIGH, N.C. (HPD) — A 15-year-old man shot two people to death on the streets of a North Carolina capital neighborhood, then fled onto a trail where he opened fire, killing three other people and wounded two others, police said Friday.

The victims were of different races and ranged in age from 16 to 50, Patterson said during a news conference. Among the dead is off-duty Raleigh police officer Gabriel Torres, 29, who was on his way to work when the shooting began. Police identified the other victims as: Nicole Conners, 52; Mary Marshall, 34; Susan Karnatz, 49; and James Roger Thompson, 16.

The teen, who was not immediately identified by police, eluded officers for hours before he was cornered at a home and arrested, police said. Authorities have not said how he was injured.

The shooting triggered a massive police response and manhunt, in which police scoured more than 2 miles (3 kilometers) to find and capture the teen, Patterson said.

“Today we are sad, we are angry and we want to know the answers to all the questions,” Cooper said. “I think we all know the fundamental truth: No neighborhood, no parent, no child, no grandparent, no one should feel this fear in their communities, no one.”