Skip to content
Home » Tanzania: Plane crashes into Lake Victoria; there are 19 dead 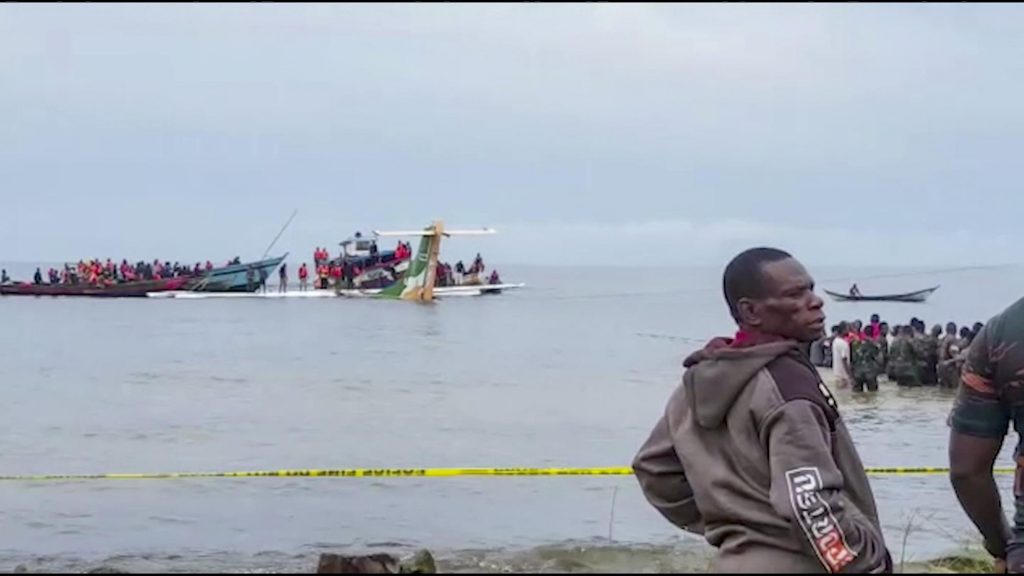 NAIROBI, Kenya (HPD) — A plane crashed into Lake Victoria on Sunday as it was about to land at a Tanzanian airport, killing 19 people on board, Tanzanian Prime Minister Kassim Majaliwa said. A police commander said he was raining when the aircraft hit the water.

Three deaths had previously been reported.

Local authorities had said earlier on Sunday that 26 of the 43 people aboard the Precision Air flight that took off in the coastal city of Dar es Salaam had been rescued and taken to a hospital. It was unclear whether the death toll included people who had died in hospital.

Photos showed the plane, which was en route to Bukoba Airport, almost completely submerged in the lake. Precision Air is a Tanzanian airline.

“We have managed to save quite a few people,” Kagera Provincial Police Commander William Mwampaghale told reporters.

“When the aircraft was about 100 meters (328 feet) up, it ran into trouble and encountered bad weather. She was raining and the plane sank in the water,” she said.