Skip to content
Home » Support for Guaidó in the OAS declines 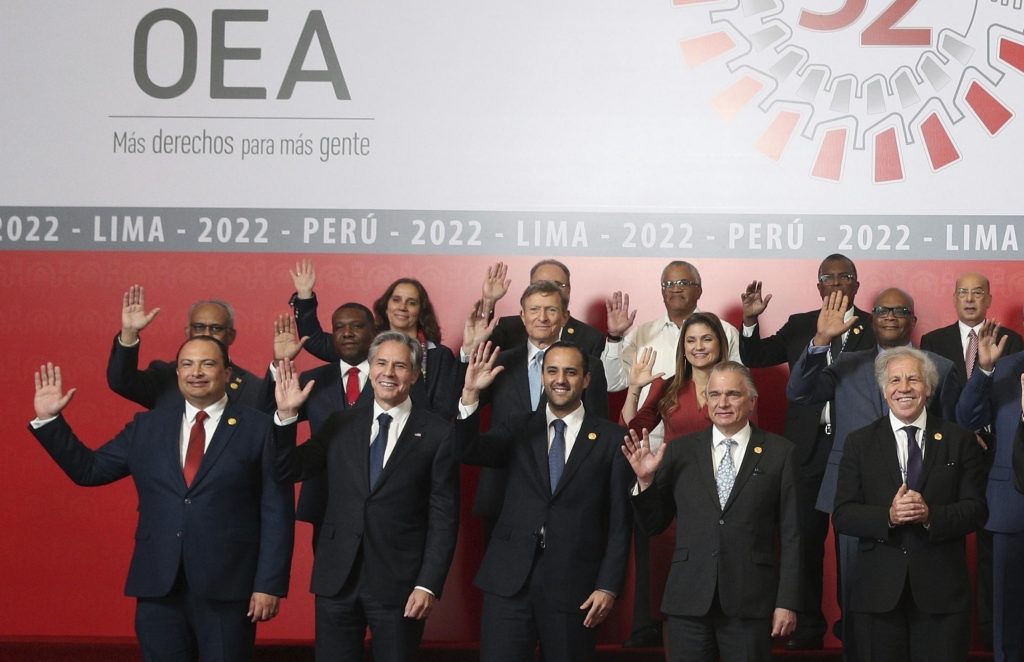 In the end, Guaidó’s representative, Gustavo Tarre —who did not attend the General Assembly held in Peru_, was not expelled, since the proposal did not reach the required 23 votes, which constitute two thirds of the member countries. of the Organization of American States.

Colombia, Peru, Panama, Argentina and Chile were among the countries that voted in favor of the proposal promoted by Antigua and Barbuda, while Paraguay, Canada, the United States and Guatemala voted against it.

In 2019, the OAS ignored the legitimacy of the second consecutive six-year term of Venezuelan President Nicolás Maduro, arguing that his re-election in May 2018 was fraudulent. Back then, most OAS member countries recognized Guaidó as the legitimate president of Venezuela, but that support has dwindled significantly.

The representative of Antigua and Barbuda, Ronald Sanders, argued that Tarre was appointed by the Venezuelan National Assembly, which “no longer has any legality” because his term ended. No country refuted the argument before the vote.

Colombia’s position is a notable change, since it was one of the countries that gave Guaidó the greatest support when he proclaimed himself interim president of Venezuela in 2019. Dozens of countries, including the United States and Canada, recognized him as the legitimate leader of his country. .

Colombia and Peru recently changed their political relationship with Venezuela. Both countries reestablished diplomatic relations with Maduro with the coming to power of leftist presidents Gustavo Petro and Pedro Castillo, respectively.

Petro restored diplomatic relations with Maduro after three years of rupture and opened the commercial border. In this way, Guaidó lost the support of his former ally, former Colombian president Iván Duque (2018-2022), who called Maduro a “dictator” and even declared that he had little time left in power amid pressure. diplomatic.

Hours later, in his social network accounts, Guaidó thanked the countries that supported the permanence of his representative in the OAS and was satisfied to maintain “a chair in that space against criminals against humanity,” as Maduro catalogs. and his government team.

To the leaders of the 19 countries that voted in favor of reversing the recognition of their representative, Guaidó asked them “to remain on the side of democracy, the demand for a free and fair election and the protection of the most vulnerable.” .

“The defense of democracy and of the people must take precedence over ideological affinities and particular interests,” he said.

Some other countries that voted in favor of excluding Guaidó’s representative were Barbados, Saint Kitts and Nevis and Trinidad and Tobago, which more than three years ago recognized the appointment of Tarre, the appointed constitutional lawyer of the Venezuelan National Assembly, chaired at the time. by Guaidó, until “new elections are held.”

The Maduro government, which began a two-year process to leave the organization on April 27, 2017, ceased to be a formal member of the OAS in April 2019, although it still has several obligations with it, including paying its pending contributions.