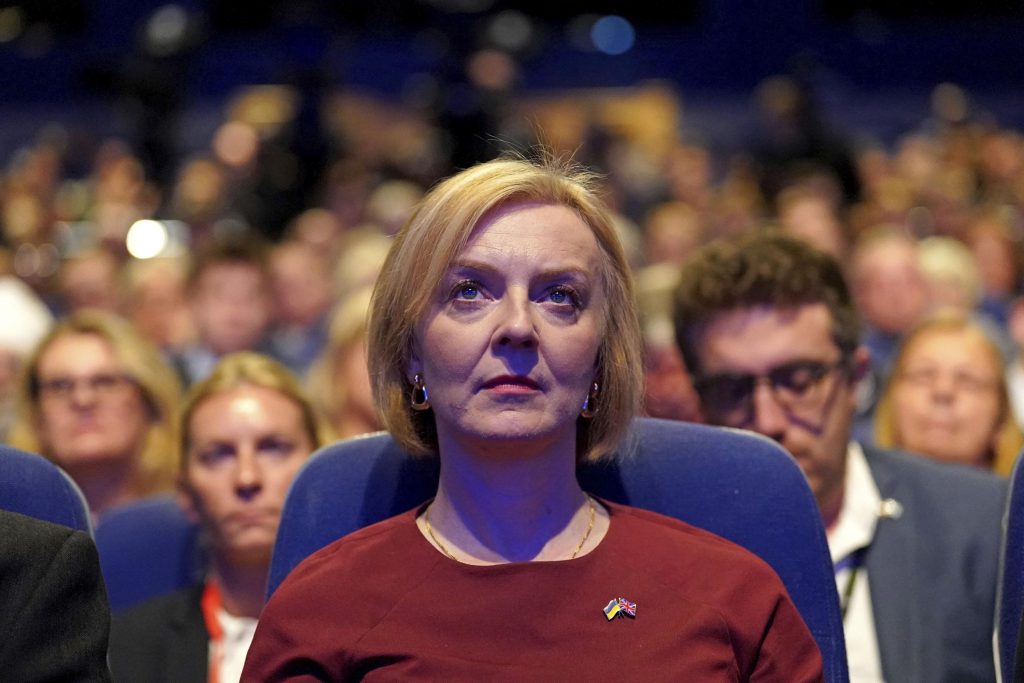 LONDON (HPD) — The resignation of Liz Truss as Britain’s prime minister has unleashed another leadership contest in the divided and demoralized Conservative Party, the second in just four months.

Truss, who resigned after only 45 days in office, said his successor will be chosen in a race to be completed by the end of next week. Graham Brady, a Conservative lawmaker who oversees challenges to the party’s leadership, said each candidate must secure 100 lawmaker nominations to run, and the political race will end next Friday.

Former Treasury Secretary Rishi Sunak, former minister Penny Mordaunt and Defense Secretary Ben Wallace are among those considered credible candidates for the job. Former Prime Minister Boris Johnson could return too. Jeremy Hunt, who has been appointed as the new Treasury secretary to lead the economy, has ruled out running.

Here’s a look at the potential candidates:

He resigned from his Treasury post in July in protest against then Prime Minister Boris Johnson. In the competition to place him, Sunak presented himself as the candidate who tells the truth about the country’s public finances. He argued then that the first thing is to control inflation and said that the promises of Truss and other rivals to immediately cut taxes were “foolish fairy tales”.

Reality proved him right when the unfunded package of tax cuts to stimulate the economy sank the British pound and unleashed market chaos in September.

Sunak became head of the Treasury in 2020 and has been at the helm of the British economy during the coronavirus pandemic. He oversaw the billions of pounds the government doled out to help businesses and workers affected by COVID-19.

Sunak was considered by many to be the most promising conservative. He is the son of Indian parents who moved to Britain from East Africa; he attended the exclusive private school Winchester College and studied at Oxford. Some view his elite upbringing and his previous work at investment bank Goldman Sachs and a hedge fund as a weakness because they make him seem out of tune with ordinary voters.

In the last year he has been heavily criticized for taking too long to respond to Britain’s cost of living crisis. His reputation has also taken a hit after he was fined by police for attending a Downing Street party in June 2020 despite coronavirus restrictions.

Some criticized him after revelations that his wife, Akshata Murthy, evaded taxes on her foreign earnings.

PENNY MORDAUNT, LEADER OF THE HOUSE OF COMMONS

Mourdant, 49, was third in the previous Conservative leadership contest, behind Sunak and Truss. Mordaunt did not hold a position in Johnson’s cabinet and campaigned by promoting her image as an outsider to a government plagued by scandals.

Mordaunt, a former international trade minister, is popular with Conservative lawmakers. Some think that she could be the right candidate to heal the divisions in the party. She, however, is a largely unknown figure to many Britons, and outside of conservative circles she is famous for having appeared on the reality show “Splash” in 2014.

He played an important role in the Brexit campaign. She was the first woman to become Britain’s defense secretary, in 2019, though she was ousted by Johnson just three months later for having supported another candidate, Jeremy Hunt, to lead the party.

Braverman, 42, resigned as interior secretary on Wednesday night, with a harsh letter criticizing Truss’s “turbulent” government. Her decision sparked a night of chaos in British politics that culminated in Truss’s resignation hours later.

The lawyer who became England’s attorney general in 2020 was the first person to put forward her candidacy in the middle of the year to succeed Johnson.

During her brief time as interior secretary, a top job in charge of immigration and counterterrorism, Braverman vowed to impose tough restrictions on asylum seekers, saying her dream was to see a flight deport everyone back to Rwanda. those seeking asylum in Britain. She also wanted to remove the country from the European Convention on Human Rights.

He made headlines — and was mocked by his opponents — when he recently complained in Parliament that travel disruptions due to union strikes were the fault of progressive left-wing “tofu eaters”.

Wallace, a 52-year-old military veteran, is popular within the party. He has won admirers for his direct style, particularly among Conservative lawmakers who pushed for the UK to increase its military spending.

Wallace has gained notoriety as a leading government voice in the British response to Russia’s invasion of Ukraine. But he recently said that he wants to continue in his current position. This week he said: “I want to be Secretary of State for Defense until the end,” after being asked if he wanted the top job.

There was intense speculation Thursday that the 58-year-old Johnson might return and run as a candidate, just weeks after being forced from office by a series of ethics scandals.

“The only person who has a mandate from the general public is Boris Johnson,” lawmaker Marco Longhi said. “He is the only one who can fulfill the people’s mandate.”

Johnson led the party to its biggest victory in decades in the 2019 general election, largely on his promise to “get Brexit done.”

But his time in office was dominated by scandals over parties at his official residence while coronavirus pandemic restrictions were in place.

He still faces an investigation in Parliament into whether he lied to lawmakers about COVID-19 rule breaches at Downing Street.

He was forced to resign on July 7 after former allies in his cabinet joined a mass exodus of government officials protesting his leadership.