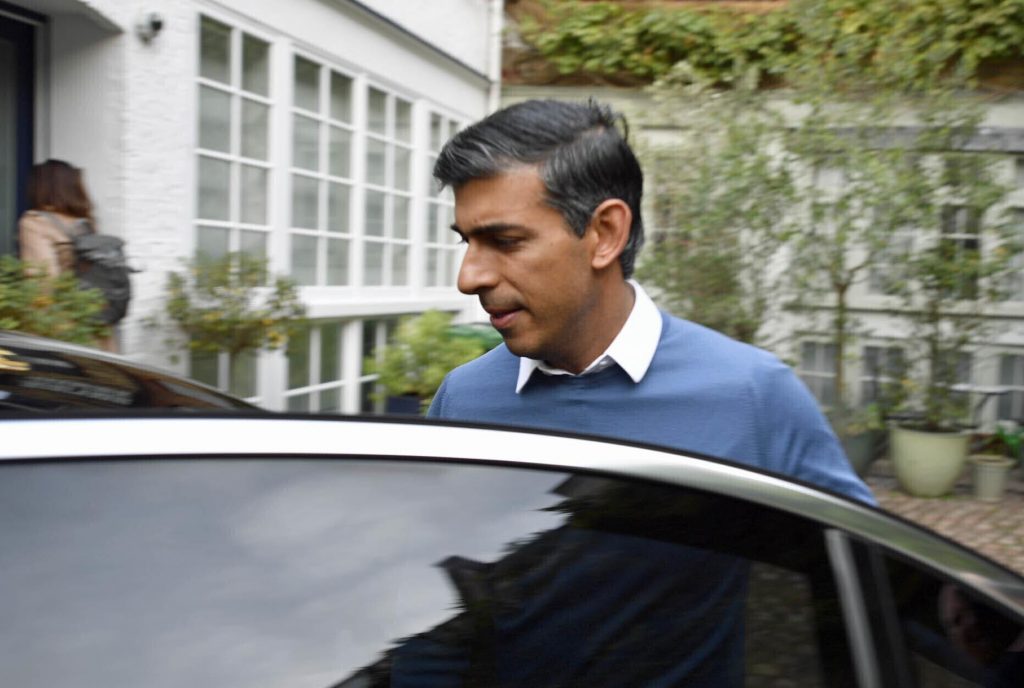 Sunak has the backing of more than 100 MPs from the Conservative Party, against former British Prime Minister Boris Johnson and former Minister Penny Mordaunt.

However, uncertainty reigned, as the local press reported that Sunak held a meeting late on Saturday night with Johnson, and there were rumors that the two would reach an agreement to unite the Conservative Party after the divisions that arose as a result of the sudden fall of Truss.

The party hastily called the race to wrap up nominations by Monday and have a new prime minister — the third so far this year — before the end of the week.

Sunak, 42, confirmed on Sunday that he is in the running. He has the backing of at least 24 Conservative MPs, according to unofficial BBC and Sky News polls. That’s way more than the 100 needed to qualify.

“There will be integrity, professionalism and accountability at all levels of government that I will lead and work day in and day out to get the job done,” Sunak said in a statement.

Mordaunt had the backing of 24 lawmakers while Johnson, who has not officially announced his participation, has about 50. Companies secretary Jacob Rees-Mogg told the BBC on Sunday that he spoke with Johnson and “clearly he will run,” then that Johnson returned to London from the Dominican Republic, where he was on vacation.