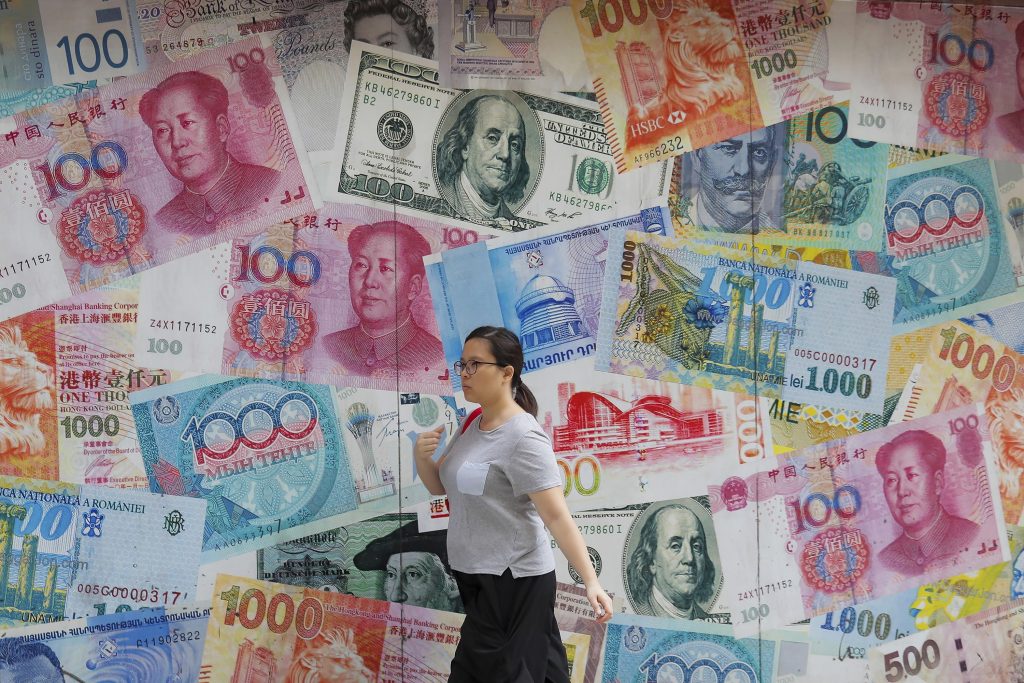 The cost of living in Cairo rose so high that guard Mustafa Gama had to send his wife and one-year-old daughter to live with his parents, in a village 112 kilometers (70 miles) south of the Egyptian capital, to reduce expenses.

Gamal, 28, stayed in Cairo. He works in two places and shares an apartment with other young people. He eliminated meat from his diet. “The prices of everything doubled,” he lamented. “We had no other alternative.”

All over the world people are facing the same hardships and frustrations as Gamal. An auto parts store owner from Nairobi, a clothes seller from Istanbul, and a wine importer from Manchester, England, complain about the same thing: A stronger dollar keeps prices of everything out of whack. clouds. This aggravates a very precarious situation, in which families endure shortages and escalating prices stemming from the Russian invasion of Ukraine.

“A strong dollar worsens an already bad outlook for the rest of the world,” said Eswar Prasad, a trade policy professor at Cornell University. Many economists fear that a sharp rise in the dollar will trigger a global recession next year.

The dollar is up 18% this year and hit its highest level in 20 years last month, according to the ICE US Dollar Index, which compares the value of the dollar against a range of currencies.

The reasons why the dollar rises are no mystery. To combat rising inflation, the Federal Reserve has raised its benchmark short-term interest rate five times this year and has said more hikes may be in the offing. This drives up interest rates on a number of US government and corporate bonds, attracting investors and boosting the dollar.

Most currencies are much weaker, especially in poor countries. The Indian rupee has depreciated almost 10% this year against the dollar, the Egyptian pound 20%, the Turkish lira 28%.

Celal Kaleli, 60, sells children’s clothing and diapers in Istanbul. Since he needs more lire to buy imported zippers and linings in dollars, he has to charge more to his clients, who find it difficult to pay those prices with the devalued Turkish currency.

“We look forward to seeing what happens next year,” he said. “We will have to see the state of our finances and reduce our operation. We have no other way out.”

Rich countries are not armored. In Europe, already headed for a possible recession, the euro is worth less than the dollar for the first time in 20 years. The British pound has devalued 18% in a year.

Countries often benefit to some extent when their currencies devalue because their products are cheaper and more competitive abroad. Right now, however, any gains associated with exports are nullified because almost everywhere economic growth is being hit hard.

A strong dollar causes hardship outside the United States in several ways:

— It squeezes companies, consumers and governments that have credits in dollars. This is because they need more local currency to convert into dollars in order to make their payments.

— It forces the central banks of other countries to raise their interest rates to prop up their currencies and prevent money from leaving the country. Those higher rates, however, weaken economic growth and cause unemployment.

Simply put, “a strong dollar is not good for the global economy,” says Ariane Curtis of Capital Economics. “It’s one of the reasons we forecast a global recession next year.”

In a Nairobi neighborhood full of auto repair shops, businesses are having a hard time and so are customers.

The Kenyan shilling has devalued 6% this year, the cost of gasoline and imported parts has risen so much that some people no longer use their cars and use public transport instead.

Currency devaluation has caused hardship in the past. But what happens in 2022 is unique, because the countries were already suffering from inflationary pressures and prices were on the rise. Disruptions in the field of energy and agriculture resulting from the war in Ukraine aggravated the supply problems associated with the COVID-19 pandemic.

In Manila, Raymond Manaog, 29, who drives a jeepney, as colorful buses are called, says inflation, especially rising gas prices, is forcing him to work longer to get out of the city. ahead.

“I have to work until I cover the expenses,” he declared. “I used to do five runs a day, now I have to do six.”

In New Delhi, Ravindra Mehta made a good living as an agent for American almond and pistachio exporters. An unprecedented devaluation of the Indian rupee, however, coupled with rising prices for raw materials and transport, makes these products much more expensive in India.

“If people don’t buy, it affects the entire supply chain, including people like me,” he said.

Kingsland Drinks, one of the UK’s leading wine bottlers, was already saddled with rising costs for containers, bottles, closures and energy. Now, the dollar drives up the prices of the wines he buys in the United States, and even those from Chile and Argentina, which, as in many countries, use the dollar in their operations.

“There will come a time when sterling’s weakness will be reflected in prices,” said Ed Baker, the bottler’s managing director.

Wiseman reported from Washington, Chan from London, Magdy from Cairo, and Wieting from Istanbul. Also contributing were Cara Anna and Desmond Tiro from Nairobi, Mehmet Guzel from Istanbul, Krutika Pathi from New Delhi, and Joeal Calupitan from Manila.