Skip to content
Home » Strikes cause gasoline shortage in France 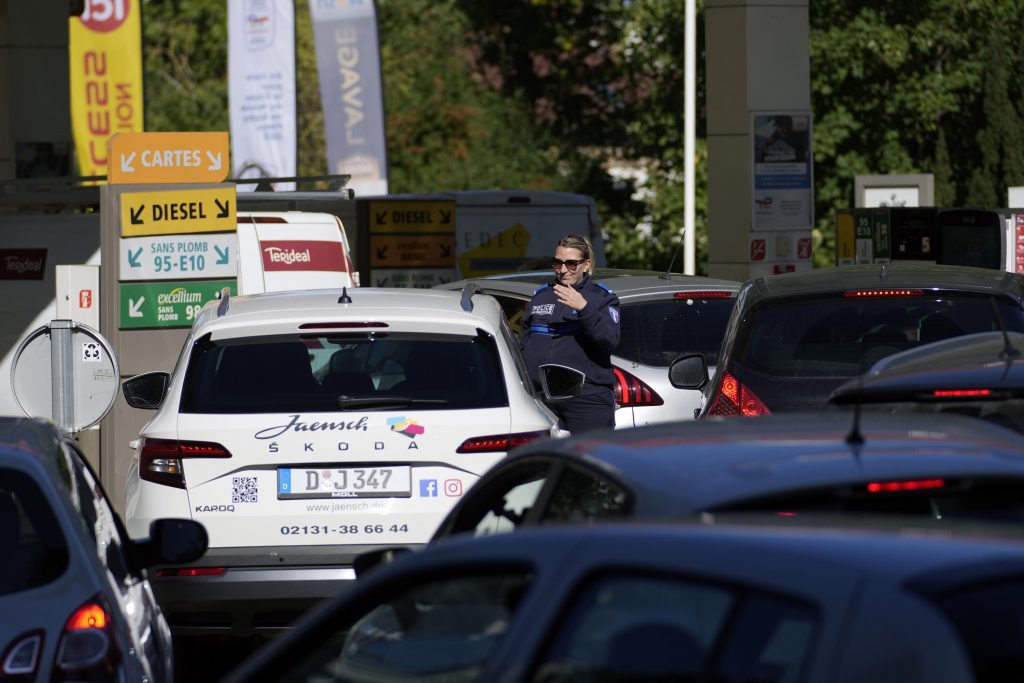 PARIS (HPD) — French Prime Minister Elisabeth Borne announced a decision to order gasoline depot employees at Esso, the French arm of ExxonMobil, back to work and threatened to do the same for Total, amid protests. strikes that have caused gasoline shortages in the country.

The decision comes at a time when many gas stations have had to close and in others long queues of vehicles have formed due to fuel shortages.

At a gas station in Vincennes, an eastern Paris suburb, Alexandre Leonardi, 31, was not surprised by the long line of cars.

“I’ve been here for about an hour now, but I expected it. Most of the gas stations I saw on the way were closed,” Leonardi told The Associated Press.

The laws allow authorities to order the return to work of employees at gas depots affected by strikes. It was not immediately clear how the order will be implemented. A similar measure was taken in 2010 during strikes at French refineries.

Speaking before the National Assembly on Tuesday, Borne said that 30% of the country’s gas stations are experiencing shortages of at least one type of fuel. He emphasized that the situation varies a lot from region to region and that the area of ​​Paris and the north of France is the most affected.

Bornes called for an urgent dialogue between the unions and management on issues such as the possibility of raising salaries in times of high inflation.

Borne’s announcement comes a day after an agreement between Esso management and two of its unions on a wage increase. However, other unions more to the left have rejected the pact and have vowed to continue the strike.

“I have asked the prefectures to initiate the procedures to recruit workers who are essential for the operation” of the Esso fuel warehouses, Borne said.

Journalist Masha Macpherson in Paris contributed to this report.