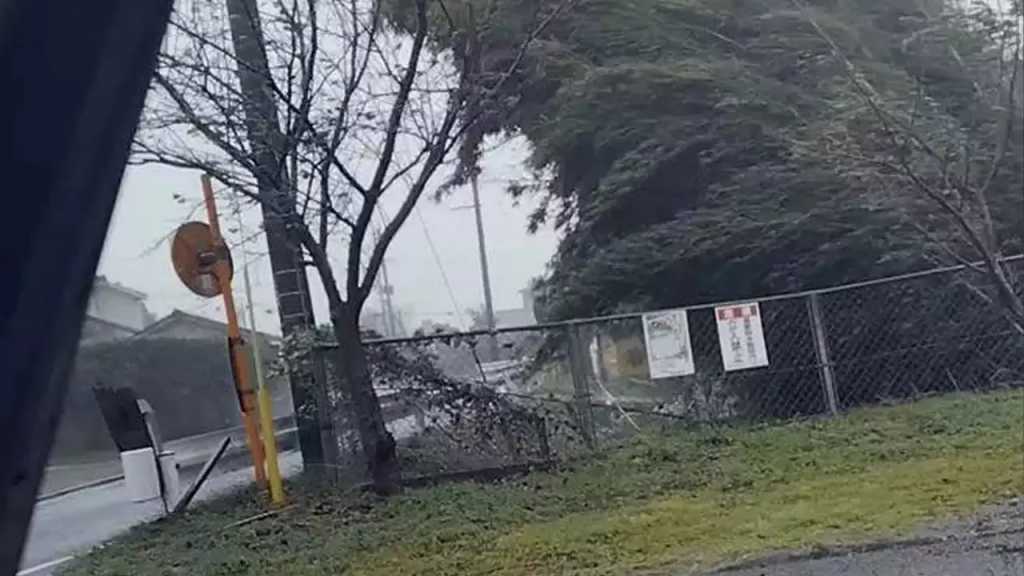 Tokyo – A tropical storm that caused heavy rains as it passed through Japan entered the Pacific Ocean on Tuesday after leaving two dead and more than 100 injured, paralyzing traffic and interrupting the electrical service in thousands of houses.

Further damage was reported in the south of the country, where Typhoon Nanmadol hit over the weekend before weakening on its way north.

On the island of Tanegashima, south of the island of Kyushu, a wall at the space center of the Japan Aerospace and Exploration Agency was damaged, the Ministry of Economy and Industry said. Experts were still assessing the extent of the damage to the building, which is used for rocket assembly.

Two deaths were reported Monday in Miyazaki prefecture on the island of Kyushu as the storm peaked, the Fire and Disaster Management Agency said. One of the victims was a man who was found inside a sunken vehicle on a flooded farm in the town of Miyakonojo, and the other was found under a landslide in the city of Mimata.

One person remained missing in western Hiroshima prefecture, while 115 others were injured in western Japan, the agency said. Most of the injuries were not serious; those affected are people who fell during the storm or were cut by broken windows and other debris.

More than 130,000 homes, most of them in the Kyushu region, were still without power as of Tuesday morning, the Ministry of Economy and Industry reported. Many 24-hour stores closed at some point, and distribution of supplies has been delayed.

Most transportation services returned to normal Tuesday as people returned to work after a three-day weekend. Bullet trains and most land transport resumed operations, but dozens of flights were canceled in the northeast of the country.

The tropical storm was heading into the Pacific Ocean off the country’s northern coast, the Japan Meteorological Agency reported Tuesday.