Skip to content
Home » Step by step, the right to abortion advances in Mexico 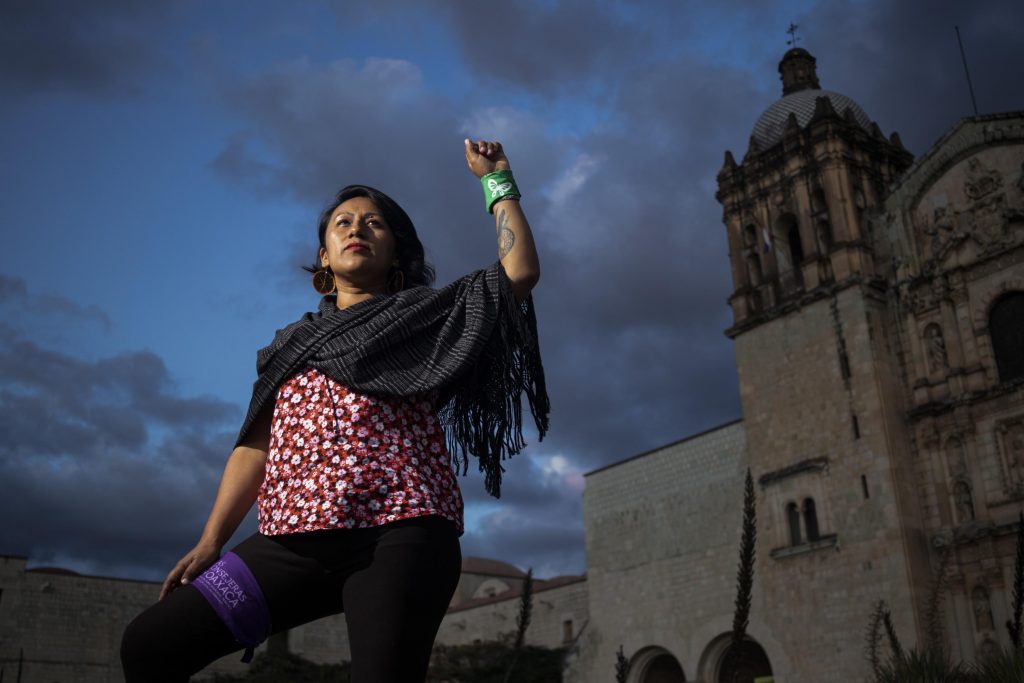 OAXACA, Mexico (HPD) — One by one, states have changed their color on the map of Mexico. The green of the “yes” to abortion has stained 11 of the 32 throughout the country and, from their respective fronts, organizations for and against the legal interruption of pregnancy continue to fight.

The federal government recently published guidelines that define the basic care criteria to access the practice and Quintana Roo paved the way for the right to decide, but the printed letter is only a rung on the ladder.

Oaxaca was the second Mexican state to decriminalize abortion and in September it celebrated three years of that achievement. However, the current panorama shows that to the modifications in the legal framework, a state framework must be added that disseminates information on the scope of legalization, training of medical personnel, guidelines that clarify the procedure, and a budget that guarantees supplies.

“In addition to being recognized as a right, States have the obligation to create the conditions so that women and pregnant people can exercise it,” Edith Olivares Ferreto, executive director of Amnesty International in Mexico, told The Associated Press.

Here the panorama of abortion is different from that of other nations such as Colombia or Argentina, which recently decriminalized it. Mexico is a federal republic, which means that each state has its own penal codes to regulate its crimes. For this reason, it is more similar to the American scenario: when the decision of Roe v. Wade fell in June, constitutional protection was lost that shielded abortion at the federal level and each state assumed the authority to prohibit or allow it.

In Mexico, the interruption of pregnancy is legal up to 12 weeks in nine of the 32 states -Mexico City, Oaxaca, Hidalgo, Veracruz, Colima, Baja California, Guerrero, Baja California Sur and Quintana Roo- and up to 13 weeks in Sinaloa . In addition, a Supreme Court ruling prohibits the criminalization of women who have abortions in Coahuila and other states, contemplating some causes: it is allowed throughout the territory if the pregnancy is the result of rape and in some places when the life of the mother is in danger. .

For abortion to gain national scope, it not only remains to transform twenty state laws and sensitize a majority Catholic population, but also to face multiculturalism. According to official figures, almost a quarter of the population is indigenous and 68 native languages ​​are spoken in the territory. This question becomes relevant not only because of the disparity of perceptions on the subject, but also because of the challenge of integrating its cultural and linguistic attributes into the conversation.

Mano Vuelta AC is an organization that emerged to meet this need in Oaxaca. Made up of indigenous and Afro-Mexican women, it works from a gender, intercultural and anti-racist perspective and the dissemination of information on sexual and reproductive rights is done in native languages. According to their own monitoring, nine out of 10 Oaxacan women are unaware that abortion is legal, only 35% of health units have translator services, and there is no information on abortion in native languages.

Only in Oaxaca are there other organizations that work to disseminate information on sexual and reproductive rights. In 2020, Mexfam began an initiative to create a network of doctors that residents of the central valleys could turn to. Alina Gutiérrez, a project collaborator, reported that this effort consisted of knocking on the doors of clinics to sensitize doctors and offer them both training and free medication for those who wish to have an abortion. At first it was complex, but little by little they managed to find more experts willing to inform themselves. “There were others who flat out said ‘no, we’re not going to kill babies,'” she said.

To these groups are added other key figures in the advancement of the right to decide: the companions, so called because they build bridges for women whose hand the State let go of instead of guaranteeing them facilities to abort. Some are part of collectives -yes, for women- and others provide support independently. They all work with the telephone and their hearts in their hands to receive messages and calls from those who want to interrupt their pregnancy and do not know where to start or have been mistreated in public clinics. In recent days, several voices recounted their experiences to HPD.

The support of these networks has been so fundamental in laying the foundations for access to abortion that since the fall of the Roe vs. Wade ruling, several Mexican collectives have advised the Americans.

“What we are achieving is binational work that was already being done in some situations, for example, in the migratory context, but now we are seeing sexual and reproductive rights,” Tania Turner, director of Fondo Semillas, an organization, explained to the HPD. focused on connecting activists who defend women’s rights.

Turner noted that ups and downs like those that have occurred in the United States on abortion are not unusual. “The advances are not going to be linear, as if it were a perfect chronology. In social struggles there are comings and goings”. For this reason, the experience gained has been remarkable and although there was a time when Mexico City shared the adverse context of Oaxaca, now it is possible to abort without too many missteps.

President Andrés Manuel López Obrador has avoided speaking openly on the issue, but his administration has backed the right to decide. Proof of this are the guidelines recently published by the Ministry of Health and the Court’s ruling on Coahuila.

“Unlike what is happening in the United States, the Supreme Court had two advanced rulings last year,” explained the Amnesty International expert. “These are allowing change to be accelerated at the national level and the entities that have not decriminalized abortion are missing. These (state) Congresses have the obligation to align with the Court’s statement, which indicates that criminalizing abortion is a violation of human rights.

On the other side of the coin, the Catholic Church and groups that reject abortion take various actions. In October, the World Congress of Families was held, which among other things addressed motherhood as the “sacred ground” of humanity, and a few days later a march was held in favor of women and life. The organizers assured that more than a million people participated.

Archbishop Carlos Aguiar Retes has defended that the right to decide cannot take precedence over the right to life and groups such as the National Front for the Family form their own networks to offer economic and psychological support to women who are not sure they want to have an abortion but do not they have resources or support to continue their pregnancy.

Rebeca Ramos, director of GIRE, a feminist organization that supports reproductive rights, recalled that when Mexico City decriminalized abortion in 2007, there were groups that mobilized to the political arena and managed to get several states to modify their local constitutions to protect life from the moment of conception.

“There are still organizations that have many different kinds of resources and the great lesson that we should have in Mexico and in the region comes from what is happening in the United States,” he explained. “As much as we advance with firm steps, the groups that are against it could advance their objectives and eventually reverse what we have won.”

Hence the priority that GIRE gives to the dissemination of information that allows breaking the stigma that exists around abortion and showing that there are contexts that make the procedure necessary.

“Reproductive rights are not guaranteed,” he said.

The Associated Press’ religious news coverage is supported through a partnership with The Conversation US, with funding from the Lilly Endowment Inc. The HPD is solely responsible for all content.