Skip to content
Home » Starts new round of talks on Tigray 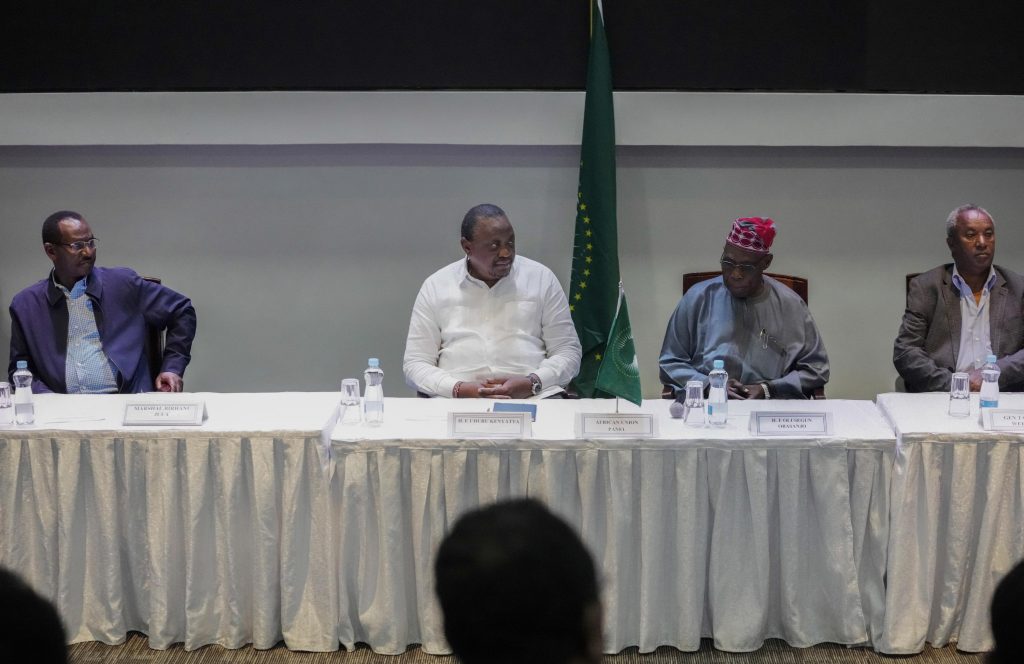 NAIROBI (HPD) — Another round of talks began Monday between the Ethiopian government and the breakaway region of Tigray to work out details of a deal reached last week to end hostilities in a two-year conflict that is estimated to be , has killed hundreds of thousands of people.

Military commanders from both sides participate in the meetings in Kenya, as well as political negotiators. Among the issues to be discussed are how to monitor the agreement, the disarmament of the Tigrean forces and the resumption of basic services and humanitarian aid for Tigray, a region in northern Ethiopia that has been isolated for months.

Trucks carrying humanitarian aid will be able to enter the area “perhaps by the end of this week or the middle of next week,” Redwan Hussein, the Ethiopian government’s chief negotiator, told reporters. The Tigreño negotiator, Getachew Reda, indicated that the arrival of humanitarian aid would increase confidence.

An official close to the talks said they were likely to continue through Wednesday. The person asked not to be identified as they were not authorized to speak publicly about the matter.

A channel of communication has been established between the two sides to resolve any incidents “as both recognize the challenge of fully communicating with all their units to stop the fighting,” the official said.

Among the facilitators of the dialogue are former Nigerian President Olesegun Obasanjo, delegate of the African Union; former Kenyan President Uhuru Kenyatta, and military officials from Nigeria, South Africa and Kenya. As observers are the United States and the Intergovernmental Development Authority.

Kenyatta said that the parties “hope that next time we will be in (the regional capital of Tigray) for our meeting” and that both parties “in the end we will celebrate together in Addis Ababa”, the capital of Ethiopia.

Over the weekend, the Ethiopian government negotiator told foreign diplomats that Ethiopia “has suffered colossal damage” and that the finance minister estimates the country will need some $20 billion for reconstruction.

“Soon we will be able to restore electricity and telecommunications” in Tigray, the official predicted.