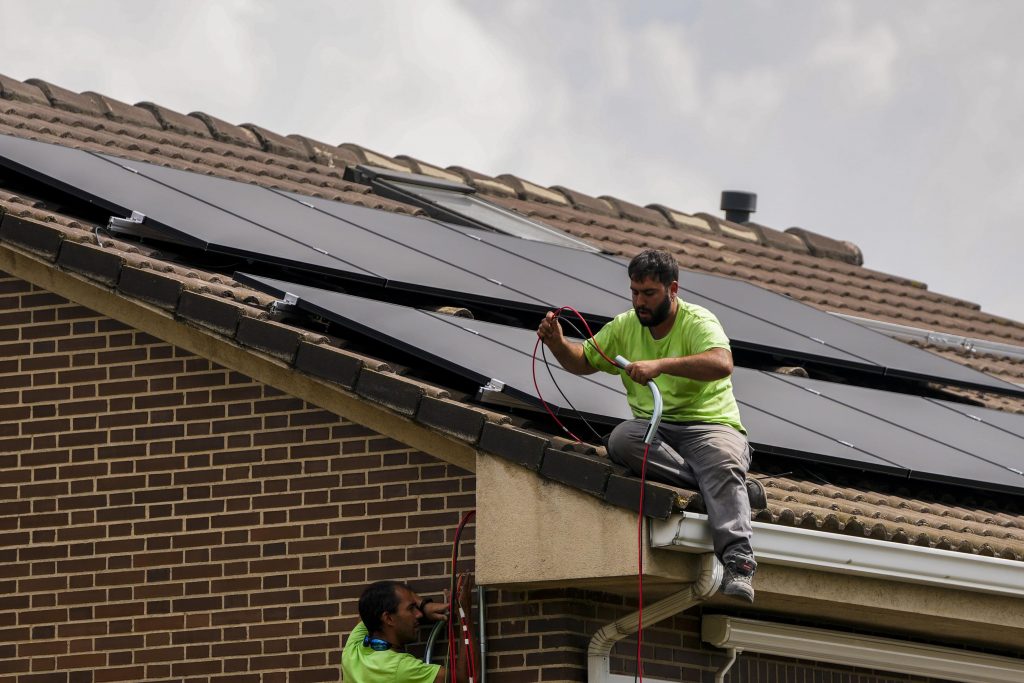 MADRID (HPD) — Homes and businesses across Europe have been grappling with high electricity prices for months.

Those costs are inextricably tied to natural gas prices, which soared after the Russian invasion of Ukraine. The war significantly reduced the flow of fuels used to heat homes, generate electricity and power factories, and prompted European Union sanctions against Moscow.

Spain and Portugal managed to free themselves from the EU price system and say they have benefited enormously. They are offered as a model for the 27-nation bloc, which is scrambling to find ways to lower energy prices as winter approaches.

While gas prices have fallen recently, helping to reduce electricity prices, the arrival of winter raises many questions related to supplies and temperatures.

A look at what is described as “the Iberian experience” and the impact it can have on the EU:

In the EU, electricity prices depend on power plants that use gas. The energy sectors of each country – whether they are renewable sources, coal, nuclear or gas – contribute what they can to the electricity grid during the day. Countries try to use the energy they produce first, but must turn to imported gas to meet electricity demand.

Under a system designed in the early 1990s, the price of today’s most expensive energy source — natural gas today — sets the price for all the megawatts of electricity generated by the other sources. The system was designed to favor the most efficient technologies.

By raising prices for Russian gas, on which Europe relied long before the invasion of Ukraine, renewables, nuclear and other electricity generators made huge profits by charging the same prices as gas, sending electricity prices skyrocketing in general.

WHY DO SPAIN AND PORTUGAL HAVE OTHER PRICES?

In an effort to cut electricity costs, Spain and Portugal joined forces this year and asked the EU’s executive arm for permission to bypass the electricity pricing system.

They argued that they have large amounts of renewable energy at their fingertips, few connections to the European power grid, and little reliance on Russian gas.

The European Commission agreed to make an exception and let them set their own prices. Spain receives most of its gas from Algeria, the United States and Nigeria.

HOW DOES THIS IBERIAN EXEMPTION WORK?

The commission allowed Spain and Portugal not to apply gas prices to cheaper alternative energy sources, such as solar, nuclear and hydroelectric. While gas prices can rise to 100 euros per megawatt, in those two countries you pay 40 euros for energy generated by cheaper sources.

This does not affect gas prices, for which market prices continue to be paid.

Industrial engineer Jorge Morales de Labra, an expert on the subject, said that the mechanism does not set limits on gas prices, but rather limits what the cheapest energy sectors, such as wind power, nuclear power and others, can charge. that were benefiting from higher natural gas prices.

WHAT ARE THE BENEFITS AND DISADVANTAGES OF THE SYSTEM?

Portugal’s Prime Minister Antonio Costa, for his part, said on Wednesday that the exemption had caused electricity prices to fall 18% relative to what would have been paid had the deal not been sealed.

Since electricity in Spain is so cheap, its neighbor France has started buying it from them. Portugal also purchases Spanish electricity to compensate for low hydropower production as a result of a drought. Ironically, this caused Spain to increase its imports of natural gas.

Spain now burns twice as much gas for electricity as it did a year ago, experts say, posing a problem for a country committed to sustainability and determined to combat reliance on fossil fuels.

The savings derived from the exemption have a limited impact. The Portuguese Association of Large Electricity Consumers said last month that they were only “mitigating” the problem of high energy prices.

WHAT IS THE REST OF EUROPE DOING?

The EU is looking for ways to control electricity prices, but its reliance on imported gas and its reluctance to interfere with the free market complicate matters. At the moment there is no talk of imitating the Iberian mechanism, although the president of the Ursual von der Leyen Commission says that the bloc should study that model and see if it can be applied in other countries.

Experts from Spain doubt that the mechanism will serve others since it works only if a country does not have an excessive dependence on imported gas and if it has renewable energies. Most European countries do not meet these two requirements.