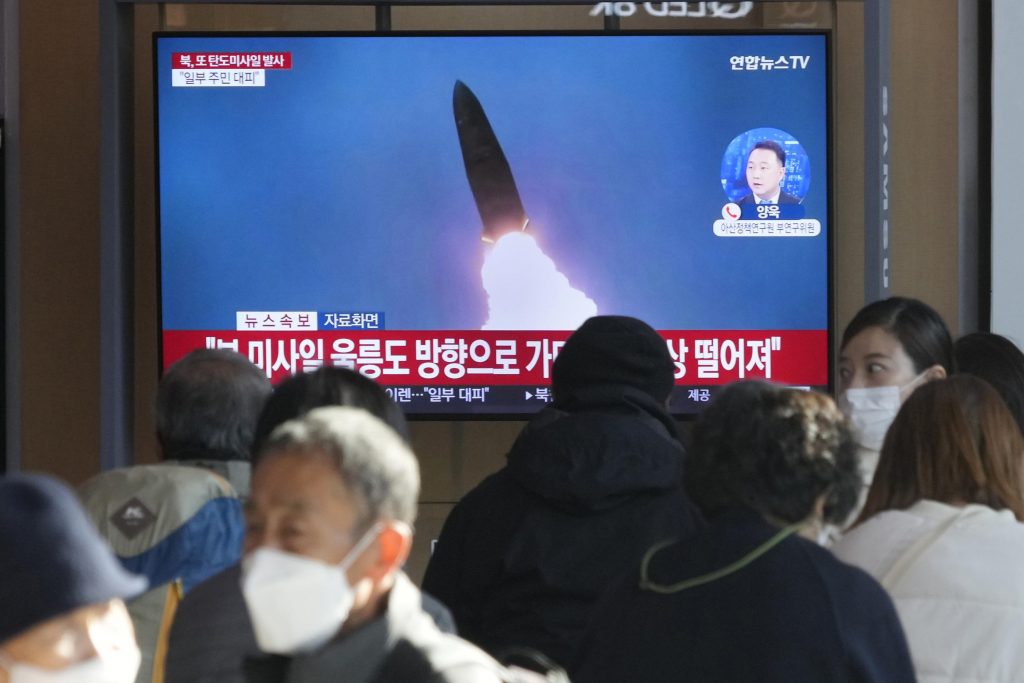 SEOUL, South Korea (HPD) — Air-raid sirens sounded on a South Korean island Wednesday and residents were moved to underground shelters after North Korea fired a dozen missiles in that direction and at least one It fell near the tense maritime border between the two enemy countries.

One of the missiles flew towards the South Korean island of Ulleung before landing in an area 167 kilometers (104 miles) northwest of the island.

South Korean forces later issued an air strike warning against the island, according to the South Korean Joint Chiefs of Staff.

The missile fell 26 kilometers (16 miles) from the maritime border between the two enemy nations. The place is located in international waters well to the south of the demarcation.

The South Korean military said it was the first time a North Korean missile had landed fairly close to the border demarcation since the two countries were divided in 1948.

“This is unprecedented and we will never tolerate it,” the Joint Chiefs of Staff said in a separate statement.

In 2010, North Korea fired artillery at a South Korean frontline island and allegedly torpedoed a South Korean navy ship. Both situations occurred off the western coast of the peninsula, resulting in 50 deaths.