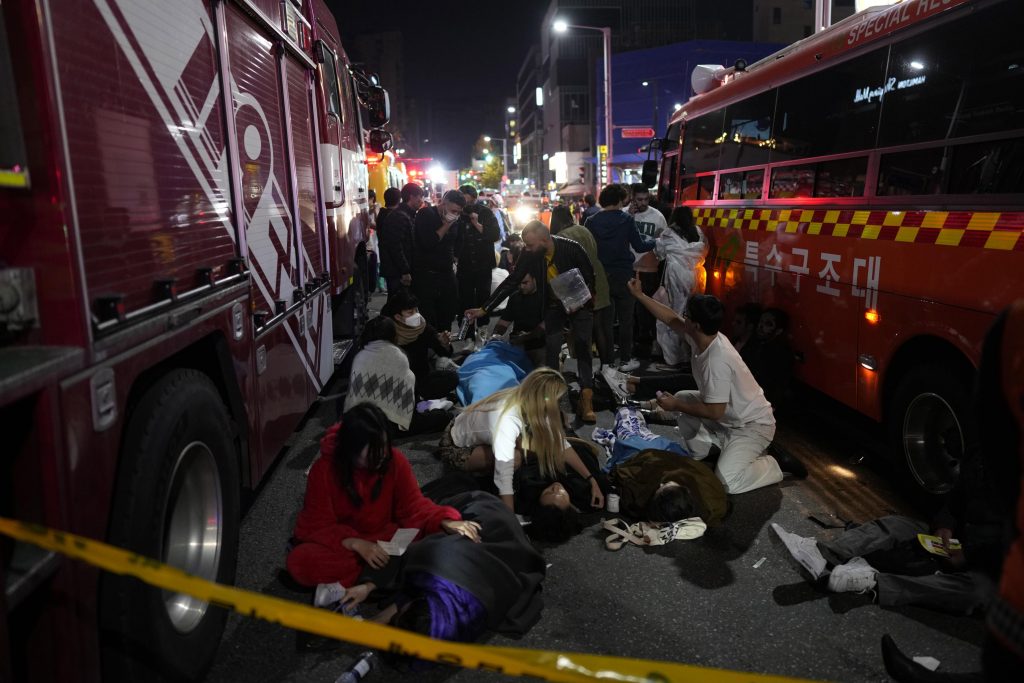 SEOUL, South Korea (HPD) — A crowd of mostly young people celebrating Halloween in Seoul was trapped and crushed in a narrow alley, killing at least 151 people and injuring 82 others. the worst tragedy in years in South Korea.

Emergency workers and bystanders desperately gave CPR to people lying on the streets after they were crushed in the Itaweon nightlife district on Saturday night.

Most of the dead and injured were in their teens and 20s, according to Choi Seong-beom, chief of the Yongsan Fire Department in Seoul.

Among the dead are 19 foreigners, he added, without their nationalities being disclosed for the time being. The death toll could rise because 19 of the injured are in serious condition.

An estimated 100,000 people gathered in Itaewon for the country’s biggest Halloween party since the start of the pandemic and the imposition of strict controls on gatherings. The South Korean government eased COVID-19 restrictions in recent months, and this was the first big chance for many young people to go out and party.

Although Halloween is not a traditional holiday in South Korea, where children rarely go trick-or-treating, it is a draw for young adults, as costume parties in bars and clubs have become very popular in recent years. years.

Itaewon, near where the former headquarters of the United States military forces in South Korea operated before leaving the capital in 2018, is a district famous for its trendy bars, nightclubs and restaurants, which made it the best setting for a Halloween celebration in the city.

Witnesses said the streets of Itaewon were packed with people and slow-moving vehicles, making it virtually impossible for emergency workers and ambulances to reach the alley in time to treat the injured.

The Seoul city government said more than 1,9,000 people called an office in the neighboring Hannam-dong sector on Saturday noon to report that they had no communication with their relatives, asking authorities to confirm whether their relatives were among them. those injured or killed by crushing in Itaewon.

Authorities initially said Sunday morning that 150 people were injured but revised the figure down.

South Korean President Yoon Suk Yeol declared a period of national mourning on Sunday and ordered flags to be flown at half-staff at government buildings and public offices.

During a televised speech, Yoon said supporting the families of the victims, including funeral arrangements and care for the injured, will be his government’s top priority.

It also demanded that the authorities fully investigate the causes of the tragedy and review security at other major cultural and entertainment events, including regional festivals, to ensure they are held safely.

After his message, Yoon visited the Itaweon alley where the tragedy occurred. Television footage showed the president walking through the trash-strewn alley and being briefed by emergency officials.

One survivor stated that many people fell to the ground and collapsed on each other “like dominoes” after others pushed them in a narrow downhill alley near Itaewon’s Hamilton Hotel.

The survivor, surnamed Kim, said some people were yelling “Help me!” and others gasped. Kim described being trampled on by other people for about an hour and a half before being rescued, according to Seoul’s Hankyoreh newspaper.

Television footage and photos from the scene showed ambulances on the streets amid a heavy police presence and first responders carrying the injured on stretchers.