Skip to content
Home » Social aid would benefit Bolsonaro, but not enough 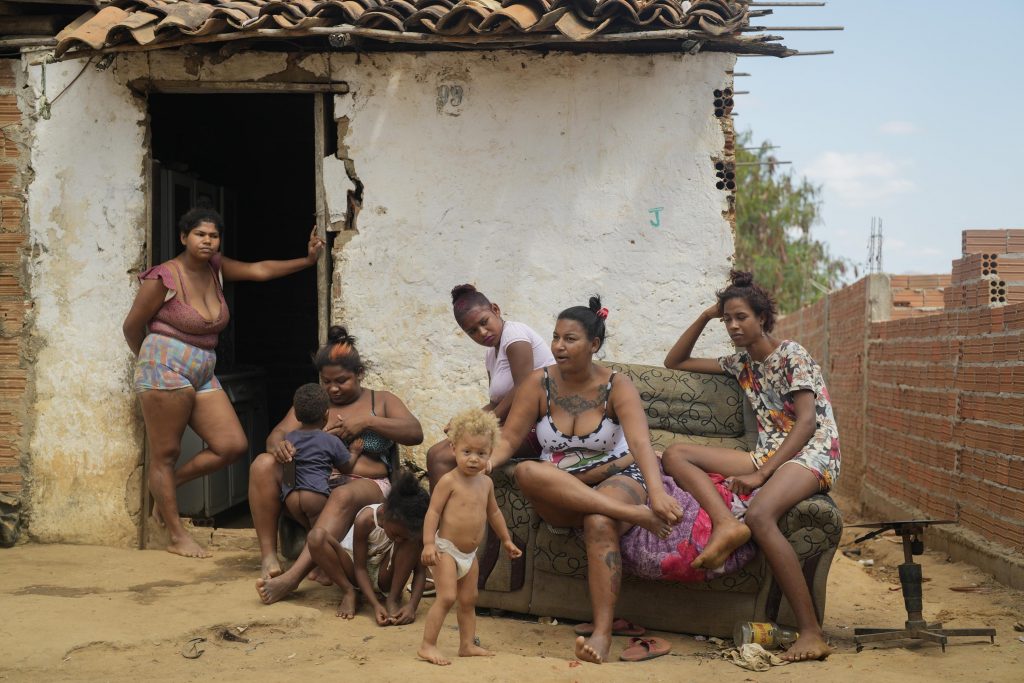 ARAÇUAI, Brazil (HPD) — When Jair Bolsonaro increased social benefits for people in need by 50% in August, many people in the Jequitinhonha Valley, one of the poorest regions in Brazil, felt they could once again buy a little meat, have light all day and repair leaky ceilings.

Although it was an obvious electoral maneuver, the most neglected sectors were grateful for the extra 200 reais (38 dollars) they would receive per month, although perhaps not enough to vote massively for the right-wing president.

Bolsonaro has a hard time capturing the vote of the poor. But two weeks before the second round of elections against leftist former president Luiz Inácio Lula da Silva, who is first in the polls, he is confident that an increase in social benefits will pay him handsome dividends.

In Araçuai, a poor city in the Jequitinhonha Valley, a sector of the state of Minas Gerais that has been a good barometer of elections in the past, it is hard to find a single voter who turned around and decided to vote for Bolsonaro instead of Lula.

Before sunrise, in a queue of people waiting to collect the aid at a bank, several people said that they voted for Lula in the first round, on October 2, and will do so again in the second, on the 30th. Some admitted that they knew people who had decided to change their vote or were considering doing so.

“Some change that quickly when they are in need,” said housewife Luzia Martins, 60. “But I don’t sell my conscience.”

In the first round, Lula obtained 48% of the vote against 43% for Bolsonaro. The same trend was registered in Minas Gerais.

At Bolsonaro’s request, Congress declared a state of emergency in July, clearing the way to dole out another $7.6 billion in fringe benefits and subsidize cooking gas and aid for truckers and taxi drivers.

The aid covers almost a quarter of the Brazilian population. While these additional benefits may not change people’s vote, many analysts believe that it could make people who thought to vote for Lula decide to abstain. Abstention rates are always higher among the poor.

In 2003, when he was president, Lula appeared with his entire cabinet in the Jequitinhonha valley, saying that he wanted his ministers to see poverty up close. In this region of a million people he launched a program that lifted tens of millions of people out of poverty and won their loyalty for years. To him and his Workers’ Party.

A decade later, Brazil’s economy was in its worst recession in a century. A few years of very weak growth followed, and then the COVID-19 pandemic hit, ushering in another decline.

Things have improved in 2022 and unemployment is at its lowest since 2015, but many people subsist with informal, casual jobs, and many families struggle to pay for food and other basic needs amid high inflation. Some 33 million people went hungry between October and April, according to a study by several nonprofit organizations, including Oxfam.

In Araçuai there are unfinished brick houses, often abandoned. There are people who don’t have money to pay a bus ticket to look for donated clothes and food and make the journey on foot, walking for hours.

Bolsonaro’s aid program, called Auxilio Brasil, inspired by Lula’s Bolsa Familia program, helped many people get back on their feet. And the political science professor at the Federal University of Minas Gerais Carlos Ranulfo says that he won some votes for the president in the Jequitinhonha valley.

Before the second round, both Bolsonaro and Lula toured Minas. Lula is expected to return on Friday.

“This is a strong pro-Lula, pro-PT bastion, but Bolsonaro gained a little bit of ground with his benefits program,” said Sergio Vasconcelos, a former municipal councilor and now spokesman for the center-right mayor of Araçuai.

Analysts say that Bolsonario performed better than expected in the region, in part due to the fact that many of Lula’s people registered in Minas moved to other states in search of better economic opportunities and did not vote.

Others are simply disappointed.

Cláudio Gonçalves, 64, said he will not vote. He lives alone in a rural area of ​​Jequitinhonha, he doesn’t have a telephone, he doesn’t watch television and he spends most of the day taking care of his pets. At night he walks an hour to a bar to have a drink under a starry sky.

“I hear people say that this one is better, that one is better… I don’t pay attention to them,” Gonçalves said. “The valley is as poor as when I was born.”

Analyst Ranulfo said he doubts that the abstention and the momentum that Bolsonaro took with his assistance program will be enough to give him a victory.

Like many residents of Araçuai, Aglete Batista, 32, uses the help to pay off old debts with the grocery store. His family eats mostly noodles, rice or beans because he can’t afford propane gas.

A decal of Lula is the only decoration that his precarious home has, surrounded by dirt and mud. Adults sit on a cushion spread outside and watch naked children playing not far from a latrine.

The aid from the Bolsonaro government allowed the family to fix the leaks in the roof so that the rain does not continue to wet their two beds and to pay a two-month electricity bill, which will allow them to continue using an old refrigerator and a fan to combat the heat. burning.

“I don’t like Bolsonaro, but it’s obvious that this aid allows us to survive,” Batista said. “Some feel they have to support Bolsonaro. They are too young to remember the help and social benefits we had during the Lula years. I remember”.

During a debate on Sunday, the two candidates said that, if elected, the new aid, which is temporary and will last until December, will be permanent.

“We will keep it for life,” Bolsonaro said. To which Lula replied: “We are going to fix this country so that we can eat some barbecues and have a little beer on the weekends.”

The few outspoken Bolsonaro supporters in Jequitinhonha are happy with the recent benefits. Maria do Carmo, 64, said that now she sells more at her vegetable stand because people have more money.

“I’m not saying you have to give people money forever. They have to work. But it is a temporary solution that also helps us,” said do Carmo, whose daughter is a Bolsonarista councilor.