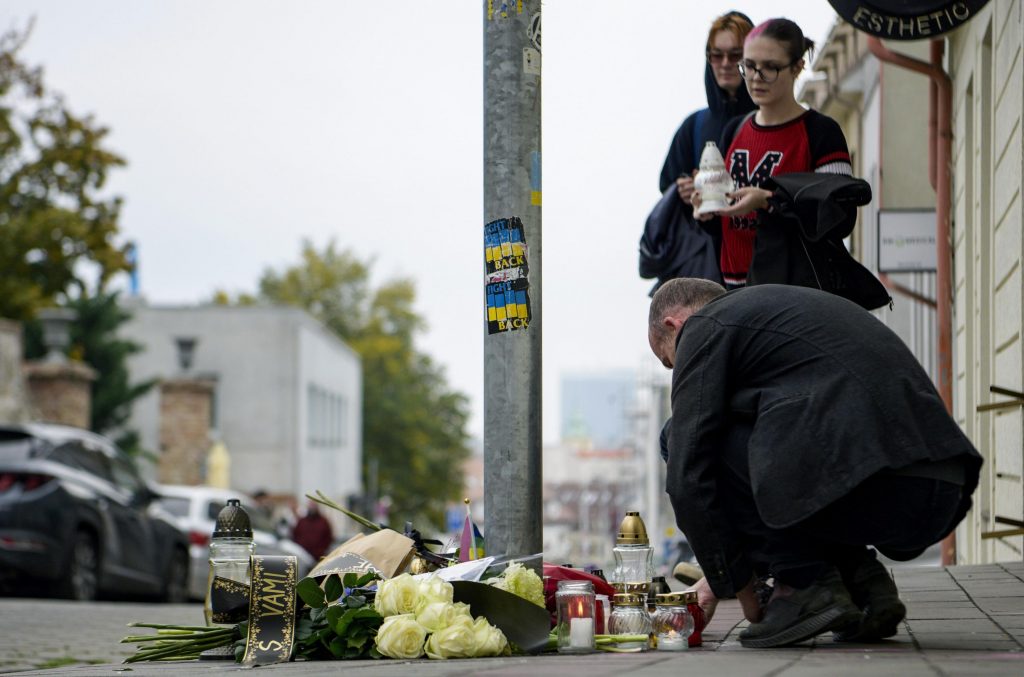 BRATISLAVA, Slovakia (HPD) — Police in Slovakia said Thursday they have found the body of a man suspected of fatally shooting two people after shooting them the day before in the nation’s capital in what some officers are saying was a crime. of hate.

Two men were killed and a woman was injured Wednesday night near a bar that is a popular hangout with the local LGBTQ community in central Bratislava.

Comenius University in Bratislava said one of the two dead was a student.

Police said they were investigating what happened, but have not provided details on the reason for the incident. He added that authorities found the suspect’s body, but did not immediately provide any additional details.

President Zuzana Caputova and Prime Minister Eduard Heger condemned the killings, saying it could be a hate crime.

“When I say that Slovakia is a free and democratic country, I mean it,” Heger said Thursday. “It is unacceptable for someone to be afraid of their way of life,” he commented.

“No form of extremism is acceptable,” he said.

Caputova and Heger offered their condolences to the families of the victims.

“We have to overcome hate and evil together,” Caputova said, adding that her thoughts are with the victims and “those who no longer feel safe after this.”

According to Slovak media, the suspect posted a racist document full of hatred towards Jews and LGBTQ people, as well as messages about the shooting, on Twitter. The account was blocked on Thursday.