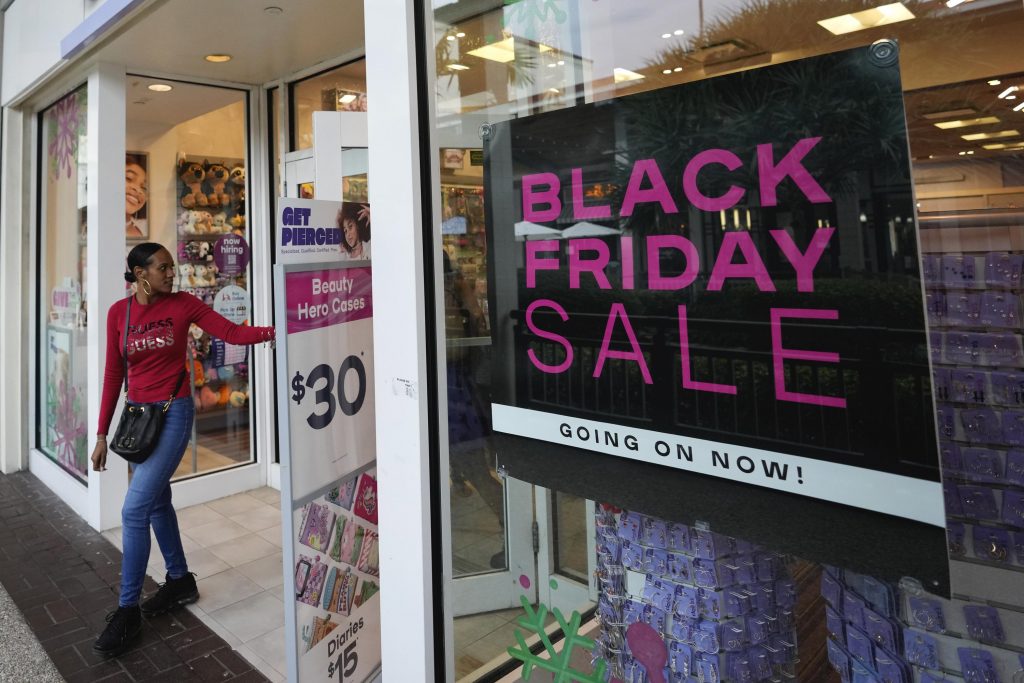 NEW YORK (HPD) — Questions still linger as to whether the usual Christmas shopping patterns will return on Black Friday this year.

The US job market remains strong, consumer spending is resilient, and inflation is slowing. But soaring prices for groceries, rent, gasoline and other household expenses have hit shoppers’ wallets.

As a result, many are reluctant to spend unless there is a great deal and are more selective about what they buy, in many cases buying things cheaper. In years past, Black Friday used to mark the start of the busiest selling season of the year in the United States.

Shoppers are also using more of their savings, increasingly turning to deferred payments and maxing out their credit cards now that the Federal Reserve is raising rates to cool the economy.

Such financial difficulties are driving buyers to hunt for bargains.

Isela Dalencia, who was shopping for household staples like laundry detergent at a New Jersey Walmart earlier this week, said she will delay shopping for holiday gifts until Cyber ​​Monday, the Monday after Thanksgiving, when there are a large number of offers online. Then she’ll again wait until the week before Christmas to get better deals, unlike last year when she started shopping before Black Friday.

“I’m buying less,” Dalencia said, noting that he will spend about $700 on Christmas gifts this year, a third less than last year.

Katie Leach, a social worker in Manhattan, was also walking the aisles at Walmart and said she will start Christmas shopping in the first week of December, as usual. This time, however, she will rely more on offers and her credit card to prioritize household expenses.

“The money is not going to reach like last year,” Leach said.

This year’s trends contrast with those of 2021, when consumers bought early for fear of running out due to supply chain issues. Stores didn’t have to discount much because they actually had a hard time bringing in items.

But some habits that came with the pandemic remain. Many retailers that closed their stores on Thanksgiving and instead offered discounts on their websites to reduce in-store crowds will still be sticking with those strategies this year.

Major retailers including Walmart and Target will close their stores again on Thanksgiving, which is Thursday. And many stores stopped offering insane discounts that were meant to attract mobs of customers. Instead, discounted items are available throughout the month, Black Friday, or the holiday weekend.

The National Retail Federation forecasts Christmas sales growth this year to be 6-8%, compared with 13.5% a year ago. However, these figures, which include internet spending, are not adjusted for inflation, so actual spending could even be lower than a year ago.

Adobe Analytics expects online sales to rise 2.5% from November 1 to December 31, compared with 8.6% last year, when shoppers were hesitant to return to physical stores.

Analysts consider the long weekend—from Thanksgiving to Cyber ​​Monday—a key barometer of shoppers’ willingness to spend, particularly this year. The two-month period between Thanksgiving and Christmas accounts for 20% of the retail industry’s annual sales.

While Black Friday still ranks well with American consumers, the day has lost stature over the past decade as many stores open a day earlier, on Thanksgiving, and shopping shifts to Amazon and other retailers. online. In addition, stores have further diluted Black Friday because the promotions throughout the month. This year, stores started sales earlier than last year to get customers to distribute their purchases.

Many buyers, like Lolita Cordero, of Brooklyn, New York, didn’t wait until Friday.

“I’ve shopped before, trying to get things on sale, discount or clearance, and I use coupons,” Cordero said. “I never did Black Friday. I heard it’s a disaster and people get hurt.”

Still, some experts believe Black Friday will once again be the busiest shopping day this year, according to Sensormatic, which tracks customer traffic. Consumers have also returned to shopping in brick-and-mortar stores now that COVID-19 concerns have eased. In fact, more stores opened than closed in the country last year for the first time since 2016, and that gap is widening this year, according to Coresight Research, a retail research and advisory firm.