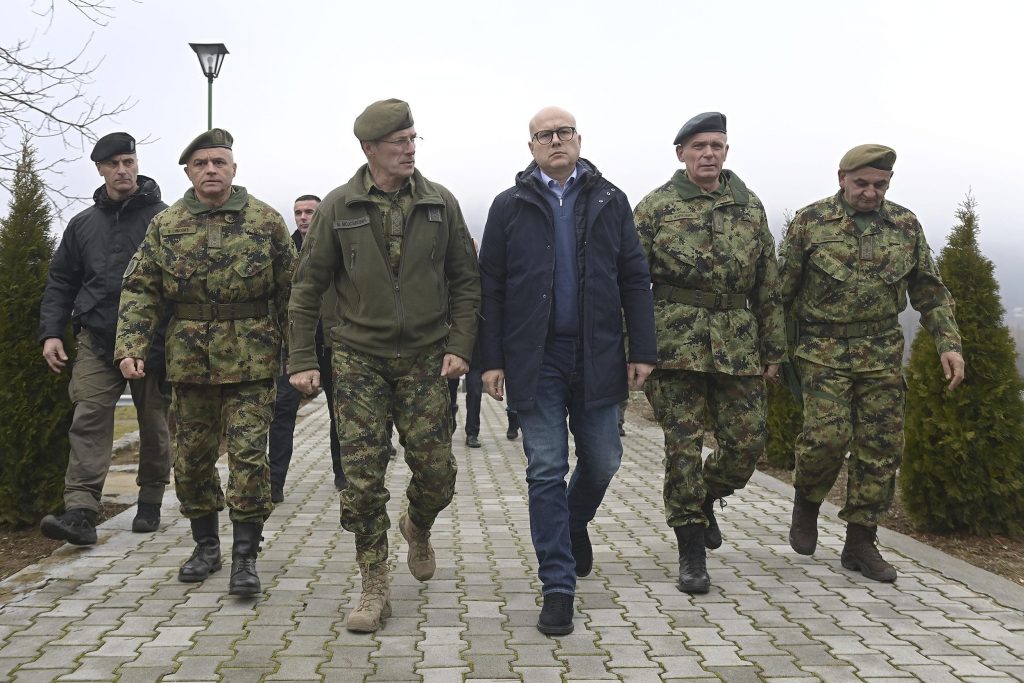 PRISTINA, Kosovo (HPD) — Serbia on Monday ordered its security forces along the border with Kosovo to be “fully ready to fight,” ignoring NATO calls to defuse tensions between the two Balkan nations.

Serbian Interior Minister Bratislav Gasic said he ordered the police and other security units to be fully “ready to fight” and placed under the command of the Army Chief of Staff, according to “his operational plan.”

In a statement, he said that he acted on the orders of Serbian President Aleksandar Vucic, so that “all measures are taken to protect the Serb people in Kosovo.”

It was not immediately clear what his order meant on the ground, as Serb soldiers have long been on standby on the Kosovo border. Some officials allege there has been alleged harassment of Serbs in Kosovo by Albanians, who are the majority in that breakaway province that declared itself independent in 2008.

Hours earlier on Monday, NATO-led peacekeepers said they were investigating a shooting in a region of northern Kosovo, urging calm as senior Serbian military officials reviewed their forces at the border in a demonstration of combat readiness.

The Sunday night incident occurred in Zubin Potok, a town where local Serbs have been erecting roadblocks for the past two weeks and where tensions have been high.

The peacekeepers, known by their acronym KFOR, indicated that the incident occurred near one of their patrols and involved people. In a statement it was reported that there were no injuries and it was said that “we are working to determine all the facts.”

The Serbian Defense Minister and the Army Chief of Staff went to the Kosovo border, where they praised the Serbian soldiers’ readiness for combat and their firepower, which includes howitzers and other weapons. Serbia, whose weaponry comes from Russian donations and military purchases, has long been threatening to use force against its former province.