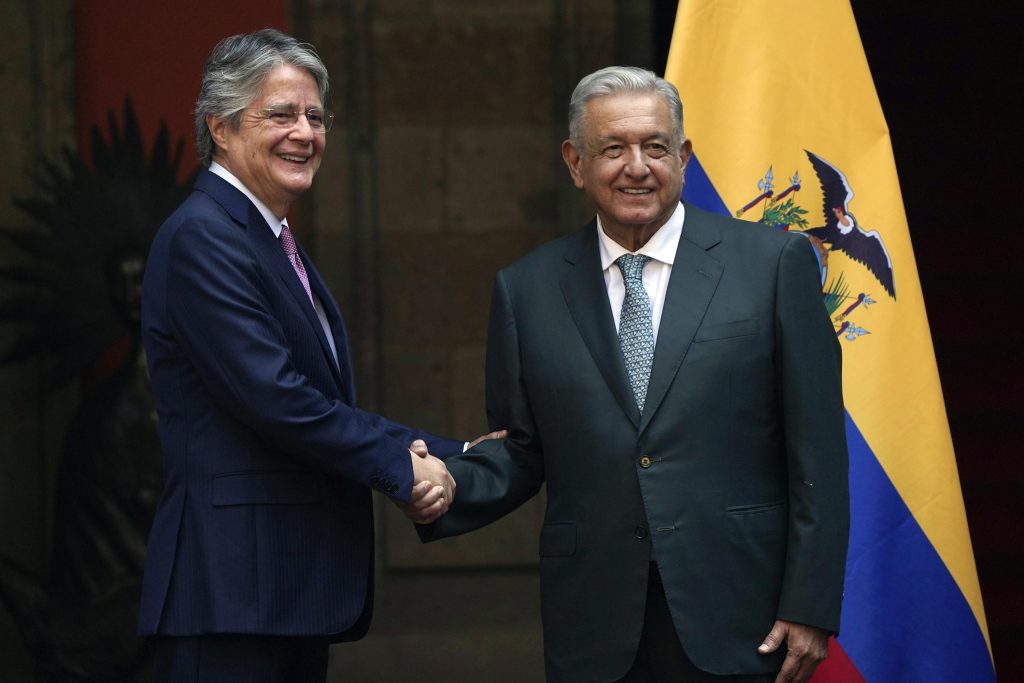 QUITO (HPD) — Bananas and tuna, but especially Ecuadorian shrimp, are the sensitive points that delay the closing of a trade agreement between Ecuador and Mexico due to the request of Mexican producers not to enter their market.

During the meeting held on Thursday in Mexico, the host president Andrés Manuel López Obrador and the Ecuadorian Guillermo Lasso agreed on the importance of advancing in the dialogues.

According to a joint communiqué, both governments gave their teams a week to establish “a benefit proposal for the two countries” that allows the “proper closure of the negotiation” regarding bananas and shrimp. They did not provide further details about the content of the agreement.

With a view to strengthening the bilateral relationship, the presidents also agreed to hold the VII Meeting of the Mexico-Ecuador Consultation Mechanism on Matters of Mutual Interest in 2023.

Lasso’s presence in Mexico was crucial to unblock the negotiations, according to Roberto Aspiazu, vice president of the Ecuador-Mexico Binational Chamber of Commerce. He assured that when a blockade is generated at the level of the technical negotiators, “the political authority has to intervene, which in this case will be the president (Lasso),” he told The Associated Press.

The strategy to overcome the critical points and that these products can be included in the exportable portfolio of Ecuador would lie in the proposal of seasonal quotas so that shrimp, bananas and tuna enter on specific dates, with limited volumes, minimizing the impact for the Mexican national industry, experts explained.

Aspiazu, for example, affirmed that regarding shrimp, Mexico is “seasonally deficient” since “they do not produce shrimp all year round”, which added to the demand of the internal tourist industry grants a space for the placement of Ecuadorian seafood. “From that point of view, they should give up their position to create a space in the negotiations that can be closed,” said the manager.

Richard Salazar, executive director of the Ecuadorian Banana Marketing and Export Association, considered that Mexico’s banana production is largely destined for domestic consumption, which leaves a margin “of access to the market in which our bananas can enter at a specific time of the year, where Mexico does not produce as much.”

Salazar assured that since the main buyers of Ecuadorian bananas are the European Union, Russia, the Middle East and the United States, beyond the representativeness of the Mexican market “it is a matter of not giving up on principles, because if a trade agreement is signed it is so that most of the products and, above all, the star products, can enter the market of the commercial agreement that is being negotiated”.

Both business leaders agreed that the objective after the agreement with Mexico will be the opening of a larger market that is the Pacific Alliance, also made up of Chile, Colombia and Peru.

Although Ecuadorian producers and exporters cling to an optimistic conclusion of the agreement in the coming days, Aspiazu acknowledged that “nothing is negotiated until everything is negotiated.” He indicated that the round-trip trade between Ecuador and Mexico is approximately 1,000 million dollars annually.

He commented that the current commercial relationship between the two nations is subject to an agreement from 30 years ago that allows the exchange of just 200 products, so “it is time to have a more modern instrument between our countries.”

Through a statement sent to HPD, the president of the National Chamber of Aquaculture of Ecuador, José Camposano, assured that a free trade agreement that does not achieve access for the main Ecuadorian export product such as shrimp “loses all relevance for the country ”, since the objective for a “small and dollarized economy” like that of the Andean country is the promotion of exports.

Shrimp is Ecuador’s main non-oil export product and generates revenues of more than 5,000 million dollars a year, according to data from the Chamber of Aquaculture. Regarding Ecuadorian bananas, until August 2022, 234.42 million boxes were exported, according to figures from the Association of Banana Exporters of Ecuador.

Presidents Lasso and López Obrador meet in Mexico this Thursday as part of an official visit in which the Ecuadorian president assured that he hopes to “finish” the last stage of the negotiation of the free trade agreement.