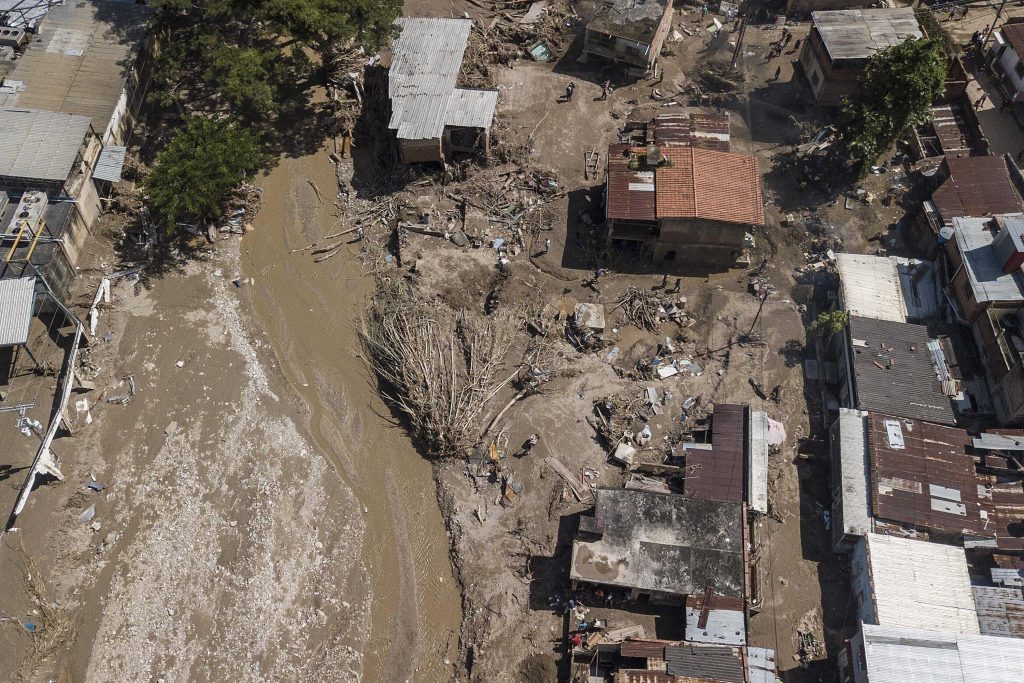 CARACAS (HPD) — The deployment of search and rescue teams in a town in central Venezuela, where a landslide left at least 36 dead, was extended to several kilometers from the place to recover bodies that were possibly dragged to the bed of streams and nearby rivers that abound in that area.

The Vice Ministry for Risk Management and Civil Protection announced on Tuesday through its social networks the installation of a station with real-time transmission in the area affected by intense rainfall in Las Tejerías and surrounding areas to support the work of rescuers. .

The death toll is expected to continue to rise as crews and heavy machinery remove the debris, according to authorities.

The avalanche that occurred on Saturday in Las Tejerías de Santos Michelena, an agro-industrial municipality in the state of Aragua, some 87 kilometers southwest of Caracas, also left 60 missing, according to official figures. Civil Protection, for its part, has a record of 400 “completely destroyed” homes and another 757 with moderate to severe damage.

President Nicolás Maduro has promised government support to the residents of Las Tejerías. The president, who walked one of the most flooded streets on Monday with his wife Cilia Flores, asked those affected to go to the shelters while his administration deals with the reconstruction.

In the state of Aragua, three shelters and several collection centers are already activated, near Las Tejerías, the Minister of Interior Relations, Chief Admiral Remigio Ceballos, told the press.

Dozens of collection points were also set up in the Venezuelan capital and 22 other states to provide support to families in the Santos Michelena municipality.

The idea is to “help people,” Juan Carlos Gómez, a 49-year-old merchant, told The Associated Press, who arrived at a collection center set up by the Leones de Caracas team, one of the eight that make up the Venezuelan League of Baseball, tournament that starts on November 22.

Gomez, who among other donors was invited Tuesday to watch the team’s preseason practices at the Universitario stadium, was motivated to help because “you know what that is.”

The merchant reported that his wife’s family lost their home, among other assets, in the 1999 landslides in the coastal state of La Guaira.

The floods and landslides that killed between 6,000 and 10,000 people in 1999 in La Guaira, located on the northern flank of the mountain range that separates Caracas from the Caribbean Sea, is considered one of the worst natural disasters in the history of Venezuela.

The residents of Las Tejerías barely had a few seconds to get to safety on Saturday afternoon, when large amounts of water, mud, debris, stones and trees fell on them from the slopes of the mountain that flanks the municipality of 54,000 inhabitants.

Residents of the El Béisbol and La Agotada neighborhoods —located to the north of the municipality and where the Los Patos stream overflowed— report dozens of missing persons, many of them children.

In addition, according to preliminary figures, there were 15 companies, including a Chery vehicle assembly plant, manufactured in China; as well as a high school and two primary schools affected. Numerous businesses were also destroyed after part of the mountain collapsed due to the rains.

The electricity and mobile telephony service has already been restored in Las Tejerías, while the water service that affects some 10,000 families remains interrupted, according to official reports. The avalanche dragged pipes and water pumping equipment down the mountain in several devastated sectors.