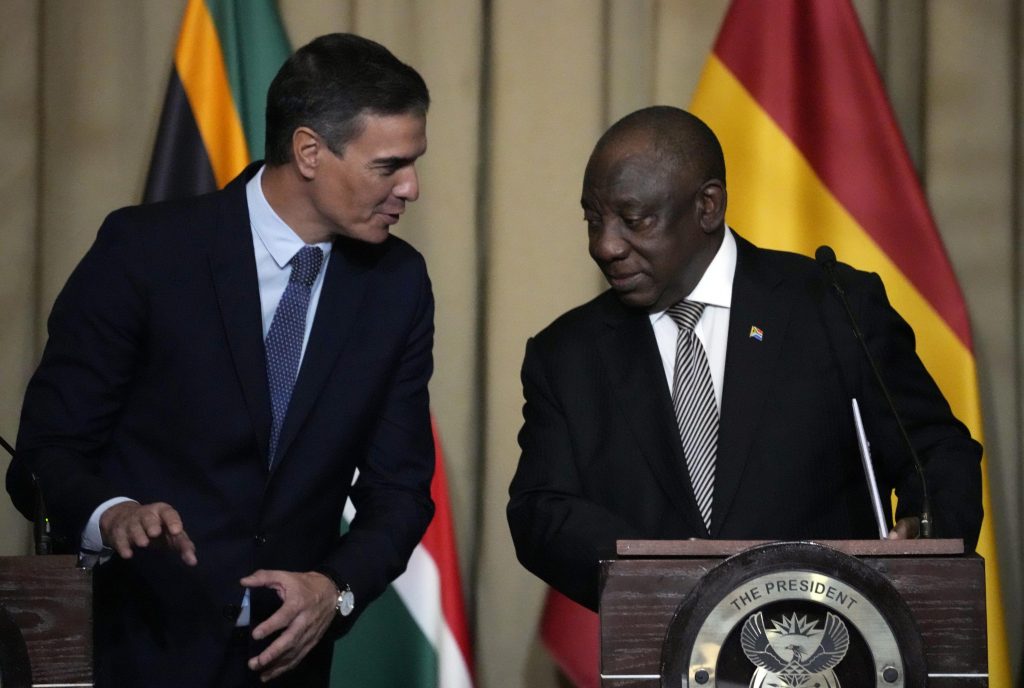 JOHANNESBURG (HPD) — Spanish Prime Minister Pedro Sánchez called on world leaders Thursday to prioritize solutions to the climate change crisis that threatens food security in African countries, and to the effects on the continent of the invasion Russian to Ukraine.

His visit to South Africa, Africa’s most developed country, and Kenya, East Africa’s economic hub, comes days before the African continent is to host the main United Nations climate conference – known as COP27 – which will take place out in Egypt. Experts say that the African continent is the one that contributes the least to global warming but the one that will suffer the most.

Sánchez said that the conference should offer tangible solutions for Africa. Ramaphosa agreed: “An important part of our collective response to climate change is increased support for green and sustainable energy policies and technologies,” the South African president said.

Sánchez said that Spain will make up to 2.1 billion euros of financing available to South Africa over the next five years, which will be invested in various sectors, including renewable energy. The African nation relies heavily on coal for its overwhelmed electrical system that often leaves parts of the country without power for hours.