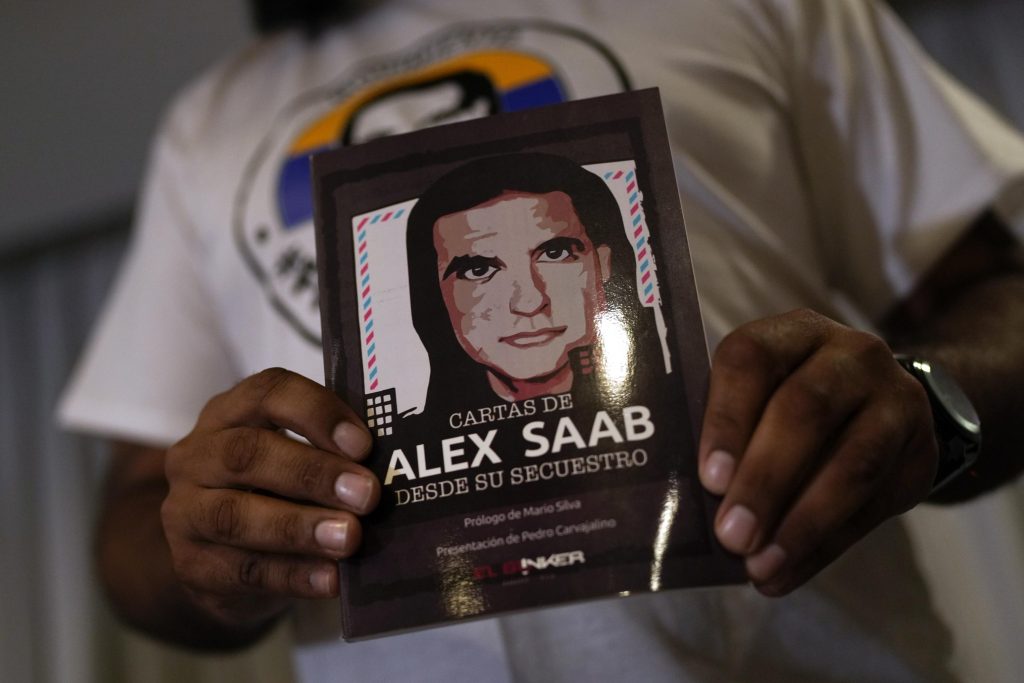 MIAMI (HPD) — Colombian businessman Alex Saab, whom the United States views as a figurehead for Venezuelan President Nicolás Maduro, is hell-bent on proving he has immunity. On Friday, he filed a series of documents in federal court seeking to show that Washington knew he was a diplomat and seemed concerned about it when he was detained in Cape Verde in June 2020.

The talk of Saab’s alleged diplomatic status is in a series of emails from officials in then US President Donald Trump’s administration included in a motion filed by the businessman’s lawyers in Miami federal court.

Saab is accused in Miami of having laundered several hundred million dollars doing corrupt business with the Maduro government and his lawyers are trying to show that he had diplomatic immunity and therefore his detention and prosecution in the United States is illegal and contrary to the international conventions.

The defense seeks to have the case dismissed.

The businessman, a key ally of Maduro, was extradited from Cape Verde to face charges of having amassed a fortune of more than 350 million dollars through contracts he obtained after paying bribes to the Venezuelan government.

His defense alleges that at the time of his arrest he was already serving as a diplomatic envoy for Venezuela and was on his way to Iran for negotiations. The prosecution, on the other hand, assures that the United States was unaware of this and has refused to present documents that Saab claims to demonstrate that he enjoyed immunity.

The judge hearing the case ruled that the government could dispense with presenting State Department documents, but Saab’s lawyers filed a motion asking him to reconsider his decision and demand evidence from the State Department. His request is based on documents presented by prosecutors after the magistrate’s order, including a series of emails.

In one of those emails, State Department officials reportedly referred to Saab’s diplomatic status two days after his arrest in Cape Verde on June 12, 2020.

“Secretary (Mike) Pompeo wonders if we can argue that his Venezuelan passport is illegal because it was issued by criminals, not by President Guaidó, but if it had been issued before January 2019, we would also recognize Maduro,” said the special envoy for Venezuela. Elliot Abrams in a June 14 email to Bruce Swartz, then assistant attorney general.

He was referring to opposition leader and president of the National Assembly Juan Guaidó, whom the United States recognized as interim president of Venezuela in January 2019.

Abrams said that Saab was not accredited to Cape Verde, nor was he on a diplomatic mission at the time, anyway.

“Arguably he was involved in a mission designed to violate UN sanctions against Iran,” Abrams said.

In another email before Saab’s arrest, dated June 11, Abrams asks how the negotiations are going: “I ask because Secretary Pompeo wants to talk about Alex Saab, who is negotiating the Iran-Venezuela agreements, next week at the podium.” .

In their attempt to prove Saab’s immunity, his lawyers also presented documents showing that Venezuela had notified the United States of his diplomatic status.

In one of them, sent on October 22, 2021 to the State Department, the Maduro government says that it appointed Saab as a special envoy and offered him a credential in April 2018, and granted him a diplomatic passport for three years, from the March 23, 2020.

Therefore, that document translated into English alleges, Saab “cannot be subjected to any form of detention or arrest.”

Caracas assures that it is a “kidnapping” and that Saab was illegally detained with a false red alert from Interpol “despite the protection of immunities and privileges” as ambassador.