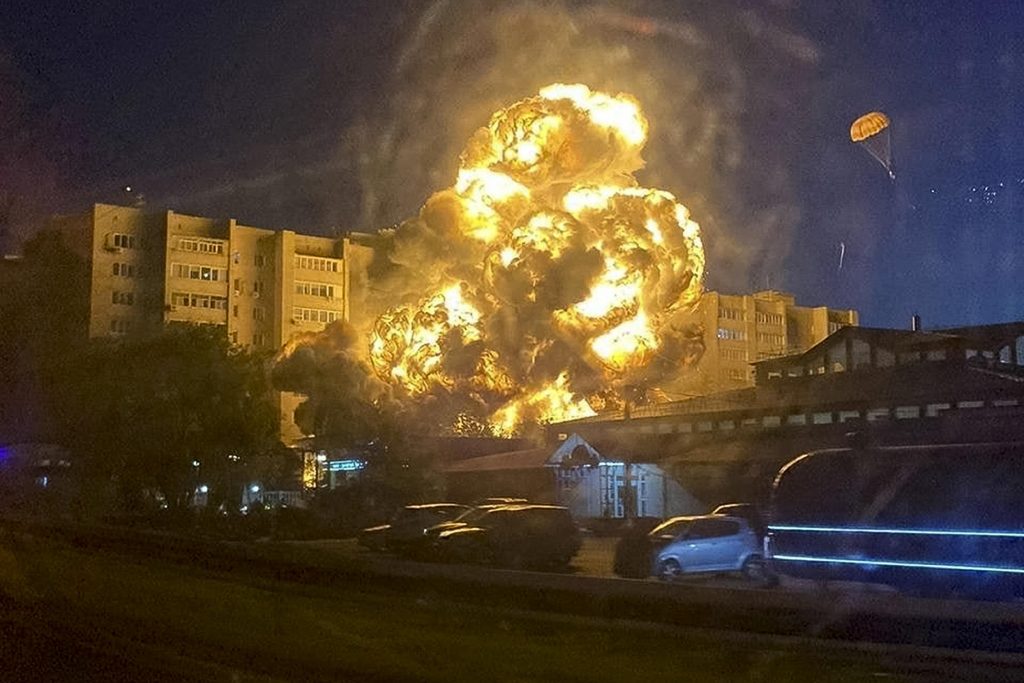 A Russian warplane crashed into a residential area of ​​a port city on the Sea of ​​Azov on Monday after suffering engine failure, killing at least 13 people, three of whom jumped from the top floors of a building. of apartments to escape a major fire.

The plane, a Su-34 bomber, crashed in Yeysk after one of its engines caught fire during takeoff on a training mission, the Russian Defense Ministry said. The two occupants were uninjured, but the plane crashed into a residential area and its fuel tanks exploded, causing a fire.

After hours of searching through the charred remains of the building, the authorities indicated that they found 13 dead residents, among whom were three children. Another 19 people were hospitalized, they added.

Three of the victims died after jumping from the top floors of the building in a desperate attempt to escape the flames, the region’s deputy governor Anna Menkova said, according to the RIA-Novosti news agency.

Russian President Vladimir Putin was informed of the situation and sent the ministers of Health and Emergencies, as well as the region’s governor, to the affected area, the Kremlin said. Yeysk, a city of 90,000 people, is home to a huge Russian air base.

Security camera videos posted on Russian channels in messaging apps showed a plane turning into a huge ball of fire. In other recordings, an apartment building could be seen engulfed in flames and loud explosions, apparently caused by the plane’s weapons.

The Su-34 is a twin-engine supersonic bomber equipped with sophisticated sensors and weapons and one of the main components of the Russian air force. The aircraft has been widely used in the conflicts in Syria and Ukraine.

Monday’s is the 10th non-war crash of a Russian fighter jet since the start of Russia’s invasion of Ukraine on February 24. Military experts have indicated that the number of military flights by Moscow troops has increased markedly during the war, as have accidents.