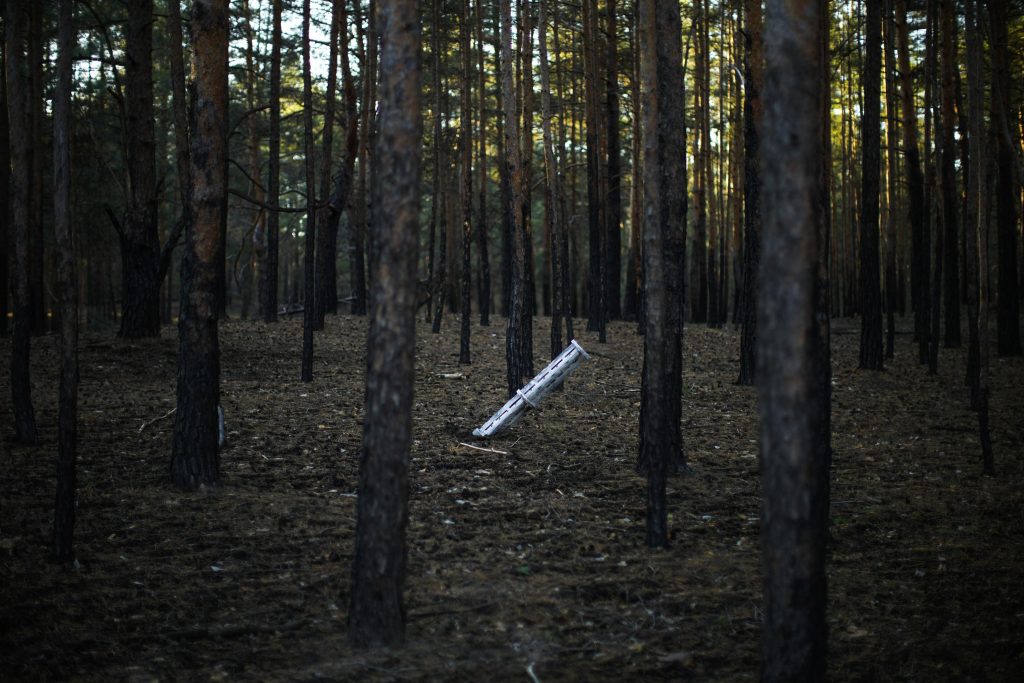 kyiv, Ukraine (HPD) — The death toll in a Russian missile attack on apartment blocks in Zaporizhia, southern Ukraine, rose to 11 people on Friday. Russia hit the city again with projectiles and, for the first time, with explosive-laden drones.

Facing heavy defeats to its army on the battlefield in recent weeks, Moscow has deployed Iranian-made drones to attack Ukrainian targets. Unmanned, single-use “kamikaze drones” are cheaper and less sophisticated than missiles but have proven effective in damaging targets on the ground.

According to the region’s governor, Oleksandr Starukh, Iranian Shahed-136 drones damaged infrastructure facilities in the city of Zaporizhia in the first time they were used there. There were also projectile attacks that left one injured, he added.

Ukraine’s Emergency Services said the death toll from Russian S-300 missiles that hit the city the day before had risen to 11 and another 21 people were rescued from the rubble of smashed apartments.

“It was not a random attack but a series of missiles aimed at multi-storey buildings,” Starukh wrote on his Telegram channel.

Zaporizhia is one of four Ukrainian regions that Russian President Vladimir Putin illegally claimed as part of Russian territory. The province is home to the largest nuclear power plant in Europe, which is under Russian occupation, but the city of the same name remains controlled by kyiv.

According to reports, Russia would be using the S-300, which was originally a long-range anti-aircraft weapon, as missiles for ground attacks due to the lack of other weapons more suitable for this type of action.

The Ukrainian military said most of the drones it shot down on Thursday and early Friday were Iranian-made Shahed-136s. These weapons are unlikely to have a significant effect on the course of the war, said the Institute for the Study of War, a Washington-based group.

“They have used many drones against civilian targets in rear areas, possibly hoping to generate non-linear effects through terror. These efforts are not succeeding”, analysts from the study center pointed out.

For its part, the Ukrainian ability to capture and refit Russian tanks and other equipment remains an important factor in its offensive to repel the invasion.

kyiv troops have seized at least 440 tanks and around 650 armored vehicles since the start of the war, Britain’s Defense Ministry said on Friday.

“The fact that the Russian troops did not destroy intact equipment before withdrawing or surrendering highlights their poor training and low level of combat discipline,” the British statement said. “With Russian formations under great pressure in various sectors and with troops increasingly demoralized, Russia is likely to continue to lose heavy weapons.”

The Ukrainian military also said on Friday that Russia had mobilized 500 former criminals to bolster its ranks in the eastern Donetsk region, where kyiv has recaptured territory. The new units are commanded by officers drawn from law enforcement, he added.

US President Joe Biden said Thursday that Putin, who turns 70 on Friday, has raised the risk of a nuclear “armageddon” to its highest level since the 1962 Cuban missile crisis, as Russian officials discuss the possibility of using tactical nuclear weapons after their setbacks on the front lines.

During a Democratic Party fundraiser, Biden noted that his counterpart is “a guy I know pretty well” and is not “joking when he talks about the use of tactical nuclear weapons or biological or chemical weapons.”

In the capital of the Czech Republic, the leaders of the European Union met at Prague Castle to try to bridge their notable differences regarding the limit on the price of natural gas, while the approach of winter and the Russian war in Ukraine fuel a major energy crisis.

In response to increased European support for Ukraine, Moscow reduced or cut off natural gas supplies to 13 EU partners, which could push up the price of gas and electricity when demand peaks in the winter months.