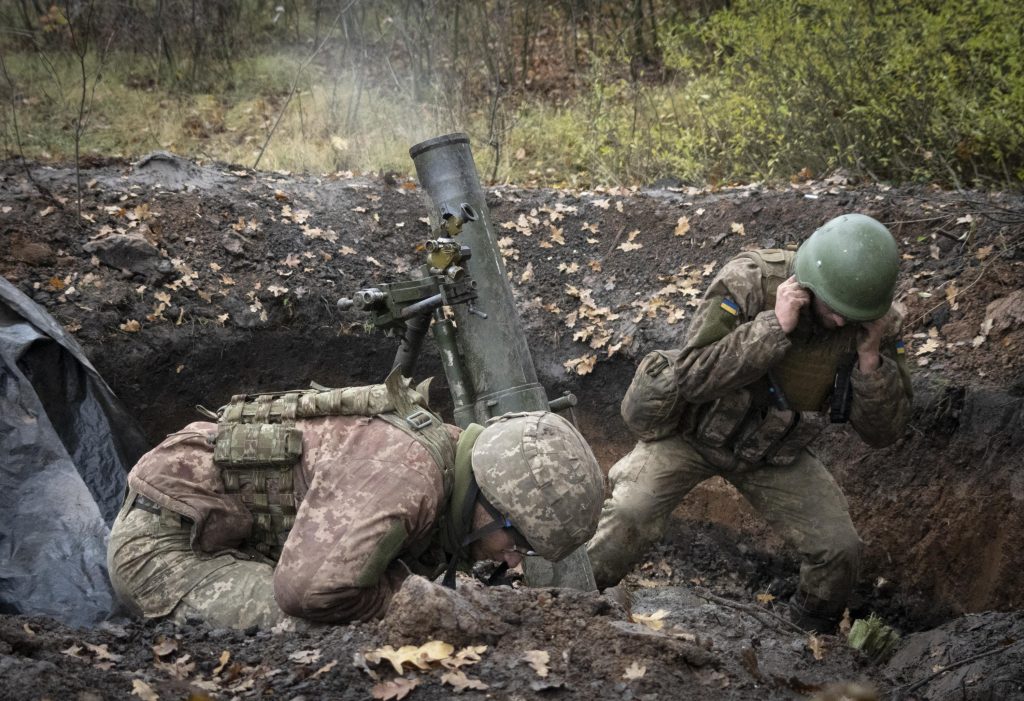 BAKHMUT, Ukraine (HPD) — Russian soldiers shelling an eastern Ukrainian city with artillery were inching closer to Bakhmut, which has been in Ukrainian hands for the entire eight months of the war despite Moscow’s goal of capture the entire border region of Donbas.

While most of the fighting over the past month has been in the Kherson region of southern Ukraine, the ongoing battle around Bakhmut demonstrates Russian President Vladimir Putin’s desire to make visible progress. after weeks of clear setbacks in the neighboring country.

Taking Bakhmut could sever Ukrainian supply lines and open a route for the Russians to push into Kramatorsk and Sloviansk, key kyiv strongholds in Donetsk province. Pro-Russian separatists have controlled parts of Donetsk and neighboring Luhansk since 2014.

Before invading Ukraine, Putin recognized the independence of the republics self-proclaimed by pro-Kremlin separatists. Last month, he illegally annexed Donetsk, Luhansk and two other provinces that his troops occupied in whole or in part.

Russia has pounded Bakhmut with shells for more than five months. The ground assault accelerated after his forces forced the Ukrainians to withdraw from Luhansk in July. The front line is now on the outskirts of the city. The mercenaries of the Wagner Group, a dark Russian military company, would be leading the operation.

Russia’s protracted operation in Bakhmut exposes Moscow’s “madness,” Ukrainian President Volodymyr Zelenskyy said in one of his late-night addresses to the nation this week.

“Day after day, for months, they have led people to their deaths, concentrating the maximum power of artillery attacks there,” he said.

The bombings caused at least three deaths between Wednesday and Thursday, according to local authorities.

The Ukrainian army, for its part, is firing mortars and heavy artillery to repel the advancing Russians, who were less than 5 kilometers (3 miles) away early Thursday, said the Institute for the Study of War, a Washington-based think tank.

Russia needs a victory in Bakhmut as it is losing control of large parts of the northeastern Kharkiv region to last month’s Ukrainian counteroffensive and its position in Kherson is deteriorating. These areas were among the first to fall into Russian hands after the invasion that began on February 24.

“Russia is suffering defeats across the board … They need to show some kind of offensive victory to appease domestic critics and show the Russian population that this war is still going according to plan,” said Samuel Ramani, an associate member of the Royal United Services Institute, a London-based defense and security think tank.

During their stay in Bakhmut this week, Associated Press reporters saw burned cars, destroyed buildings and people trying to survive amid the cacophony of constant bombing. The city has been without water or electricity for a month and residents are concerned about heating their homes as temperatures drop.

“We hoped that this (the war) would end or we would have conditions that would allow us to live. But since last month the conditions are terrible,” said resident Leonid Tarasov.

Few stores remained open. The HPD saw people using firewood to cook on the streets and drawing water from wells.

Before the war, Bakhmut had a population of around 73,000, but about 90% of them have left, according to Pavlo Kyrylenko, the Ukrainian governor of the Donetsk region.

Some of those who stayed behind have called in recent days to be evacuated from areas now dangerous for both volunteers and soldiers due to fighting, said Roman Zhylenkov, a volunteer with the local aid group Vostok- SOS.

“The people who left, left with their children or with their brothers. They had places to go,” Ilona Ierhilieeva noted as she cooked soup over an open fire by the side of a road. “But we had nowhere to go. That’s why we’re here.”