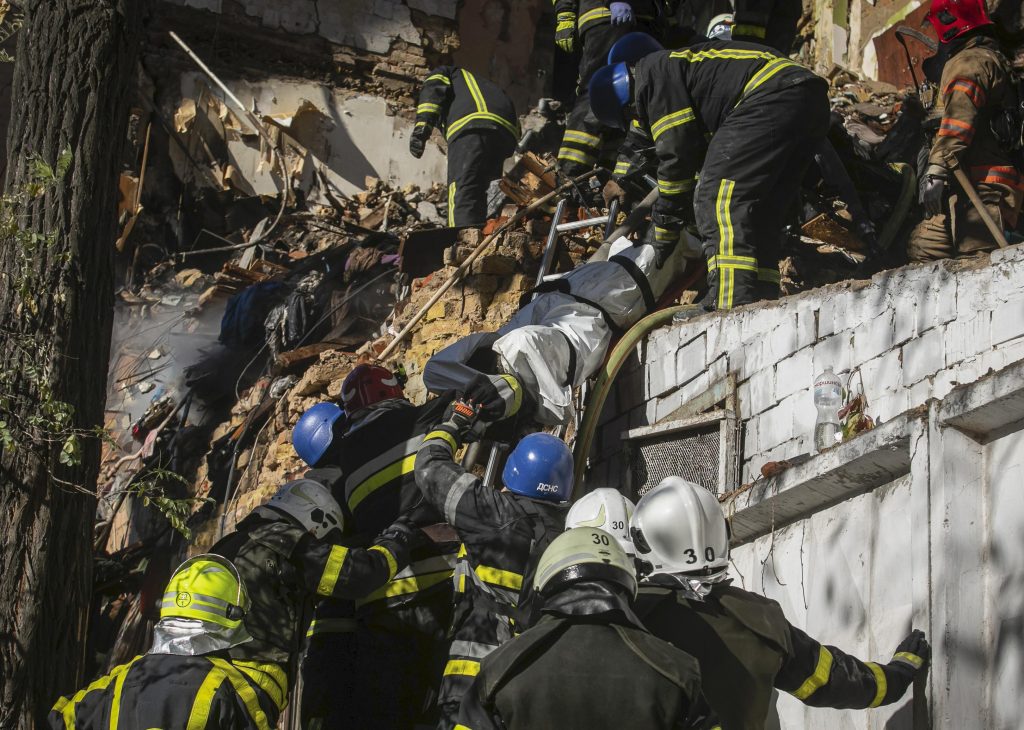 kyiv, Ukraine (HPD) — Russian air strikes cut off water and electricity supplies in repeated attacks on a Ukrainian city and hit crucial power facilities in other parts of the country on Tuesday, in what Ukraine’s president has denounced as a renewed campaign by Moscow to leave the Ukrainians in the cold and the dark, which makes peace talks impossible.

Volodymyr Zelenskyy said that about a third of Ukraine’s power stations have been destroyed in the last week, “causing massive blackouts in the country.”

“There is no room left for negotiations with the Putin regime,” the president tweeted.

The campaign of attacks with missiles, drones and other weapons has opened a new phase in the conflict that began almost eight months ago with the invasion ordered by Russian President Vladimir Putin, before the imminent arrival of winter. Even far from the front lines, the availability of water, heat and electricity is no longer guaranteed, as daily attacks reach deep into the country and disrupt public services, sometimes faster than they can be repaired.

All of Zhytomyr, a city with military bases located 140 kilometers (85 miles) west of the capital, kyiv, was left without electricity and water after a double missile hit a power facility. Local and regional officials said hospitals were running on an emergency supply.

In addition to missiles, Russia is diversifying its attacks.

Suicide drones, so called because they hit their targets and explode, caused a fire in an infrastructure center in the southern region of Zaporizhia, which is partially occupied by Kremlin troops, the province’s governor reported.

S-300 anti-aircraft missiles that Russia has been using as ground weapons in the face of a shortage of other projectiles appear to have hit the southern city of Mykolaiv, claiming the life of a man whose body was found in the rubble of a two-story building. said the governor.

In Kharkiv, in eastern Ukraine, shells hit an industrial zone. According to the governor of the region, eight of the missiles were launched from across the border with Russia.

Waves of explosive-laden suicide drones also hit kyiv on Monday, hitting power facilities and causing fires and buildings to collapse. One of the drones crashed into a residential building, leaving four dead.

kyiv says that Moscow is receiving thousands of drones from Iran. The Shahed drones, made in the Islamic Republic and loaded with explosives, which struck their targets in kyiv on Monday have been used extensively in other areas in recent weeks.

In the last week alone, more than 100 of the drones have crashed into power plants, waste treatment centers, residential buildings, bridges and other targets in urban areas, the Ukrainian Foreign Ministry said.

In a televised speech on Monday night, Zelenskyy said the Kremlin was using kamikaze drones because it was losing the war, which is nearing its eighth month.

“Russia has no chance on the battlefield and tries to make up for its military defeats with terror,” the president said. “Why this terror? To put pressure on us, on Europe, on the whole world.”