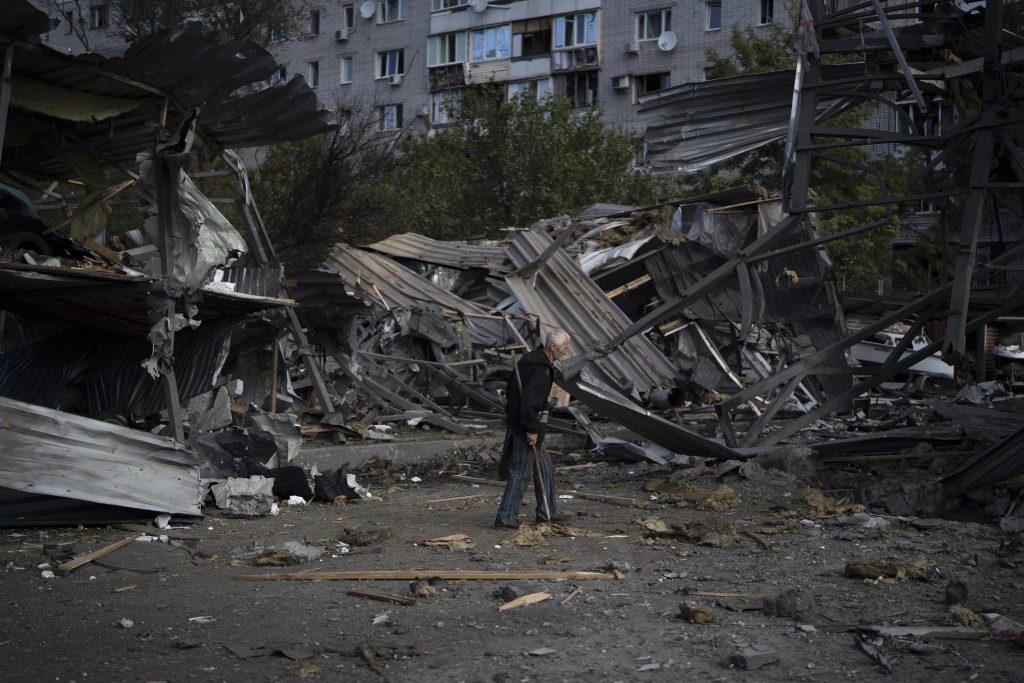 kyiv, Ukraine (HPD) — A new round of missile strikes hit the southern Ukrainian city of Zaporizhia on Tuesday, as the death toll in the previous day’s widespread Russian missile strikes climbed to 19 people worldwide. country.

The shells hit a school, a medical center and a residential building in Zaporizhia, city secretary Antoliy Kurtev said. Twelve S-300 missiles crashed into public facilities and caused a large fire, according to the State Emergency Service. One person died.

The S-300 was originally designed as a long-distance surface-to-air missile. Russia has increasingly turned to adapted versions of the weapon to attack targets on the ground.

Air-raid alarms sounded across the country in the morning, sending some back to shelters after months of relative calm in the capital and many other cities. That break had caused many Ukrainians to start ignoring the frequent warnings, but Monday’s attacks gave them a new relevance.

In addition to the usual sirens, the residents of the capital, kyiv, woke up Tuesday morning with another type of alarm activated automatically on their cell phones. The shrill sound was accompanied by a warning message about the possibility of missile attacks.

The state emergency service said 19 people had been killed and 105 injured in Monday’s attacks, which hit critical infrastructure facilities in kyiv and 12 other regions. More than 300 cities and towns were without power, from the Ukrainian capital to Lviv on the Polish border. Many of the attacks occurred far from the front lines.

As Ukrainian forces gained confidence after several battlefield victories, a cornered Kremlin resorted to cold war language and stoked fears that it could widen the war and mobilize more fighters.

Russian Deputy Foreign Minister Sergei Ryabkov warned Tuesday that Western military assistance to kyiv, which includes training Ukrainian soldiers in NATO countries and providing Ukraine with real-time satellite data to attack Russian forces, has “increasingly dragged Western nations more to the conflict on the side of the kyiv regime”.

“Russia will be forced to take relevant countermeasures, including asymmetric ones,” Ryabkov said in remarks reported by the state news agency RIA-Novosti. Although Russia is “not interested in a direct clash” with the United States and NATO, he noted, “we hope that Washington and other Western capitals are aware of the danger of uncontrollable escalation.”

Belarusian President Alexander Lukashenko had earlier warned that he and his Russian counterpart Vladimir Putin had agreed to create a “regional grouping of troops” to thwart what Lukashenko described as a possible Ukrainian attack on Belarus.

The Ukrainian army’s General Staff said on Tuesday it had seen no evidence of offensive movement or concentration of forces in Belarus, but warned that Russia could continue missile attacks on “peaceful neighborhoods” and critical infrastructure in Ukraine.