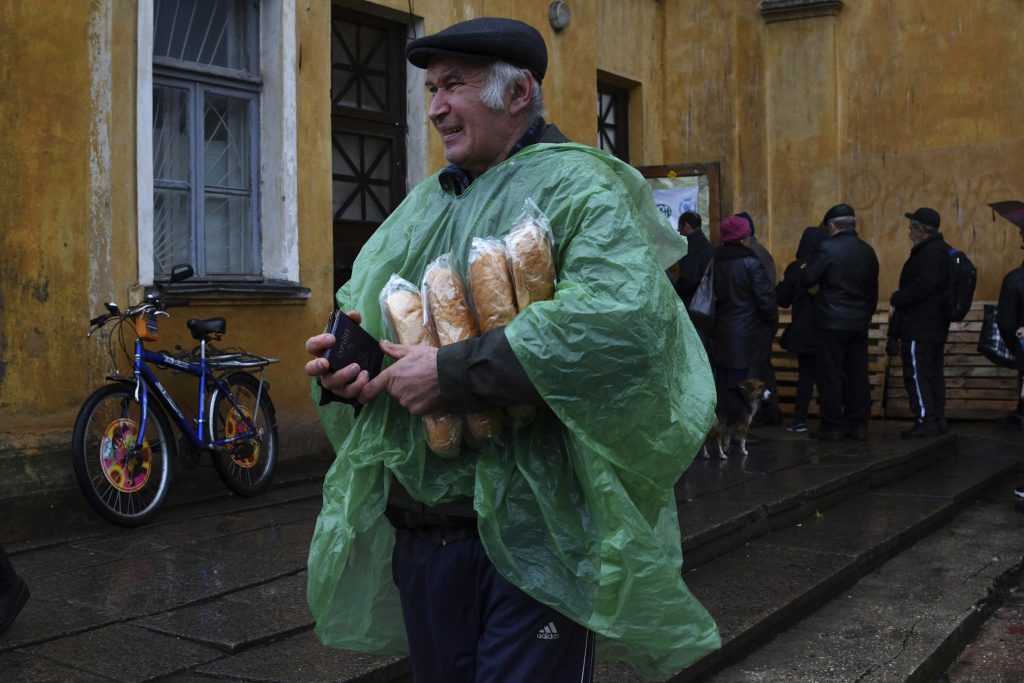 Meanwhile, fears are growing that Russia, facing setbacks on the battlefield, is trying to detonate a dirty bomb, which uses explosives to spread radioactive waste, to spread terror.

For his part, Russia’s defense minister called his Indian and Chinese counterparts to convey Moscow’s concern about an alleged Ukrainian plan to use a “dirty bomb,” repeating a charge Ukraine and the West vehemently deny.

Minister Sergei Shoigu made the same claim in talks with his British, French, Turkish and American counterparts on Sunday.

Despite Western rejection of the Russian claims, Kremlin spokesman Dmitry Peskov insisted that “we have information that there is ongoing preparation in Ukraine for such a terrorist attack.”

“We will continue to vigorously inform the world community about what we know in order to persuade it to take action to prevent such irresponsible action by the kyiv regime,” Peskov told reporters.

A Ukrainian official reported Wednesday that a Russian attack hit a gas station in the city of Dnipro, killing a pregnant woman and another person. Dnipropetrovsk region governor Valentyn Reznichenko said four injured people were hospitalized.

Meanwhile, in Mykolaiv, a port city in the south, residents line up to receive rations of bread and canned food. Several buildings and neighborhoods were attacked Tuesday, and it is unknown if there were any casualties. The missiles continued until early Wednesday morning.

The only food distribution point in Mykolaiv gives free bread only once every three days. Many must walk long distances to collect essential food for their families.

For Olena Motuzko, 74, getting food is an ordeal because her husband is disabled and must be left alone for hours.

Others try to survive in underground shelters.

A 73-year-old woman spends her days at home, cooking and washing, and every evening around 6 she heads to a small makeshift bedroom underground in a basement with several members of her family. She has been doing this since the war started in February.

Valentyna, who asked that her last name not be used for security reasons, goes to the shelter fearing almost daily nightly attacks. “It’s so scary…my nervous system can’t handle it,” she said, sitting in her makeshift bedroom.

At the shelter, she and her family count the explosions they hear, then check their phones to find out where the bombs fell.