Skip to content
Home » Roslyn grows to a category 4 hurricane, headed for the Mexican coast 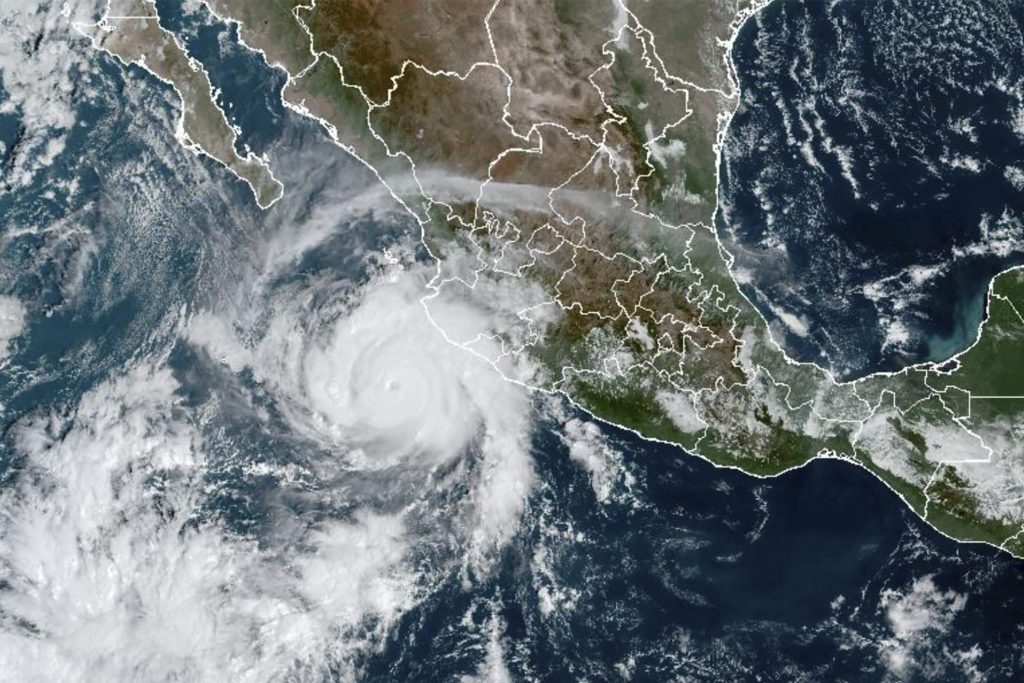 MEXICO CITY (HPD) — Hurricane Roslyn strengthened Saturday to a Category 4 storm as it heads toward Mexico’s Pacific coast, where its vortex will almost certainly make landfall north of the tourist resort of Puerto Vallarta.

The storm had maximum sustained winds of 130 miles per hour (215 kilometers per hour) on Saturday morning, the US National Hurricane Center (NHC) reported and was expected to continue to gain strength.

Its eye was about 275 kilometers (170 miles) south-southwest of Cabo Corrientes, a point of land jutting into the Pacific south of Puerto Vallarta, and it was moving north-northwest at 13 km/h (8 mph). ), he added.

According to the weather forecast, Roslyn will begin to move north first and then northeast, which will allow it to approach the area of ​​Cabo Corrientes and Puerto Vallarta on Saturday night or Sunday morning, where it could make landfall in the state of Nayarit on Sunday.

Three weeks ago, on October 3, the center of Hurricane Orlene made landfall in the same region, about 75 kilometers (45 miles) southeast of Mazatlán.

Mexico issued a hurricane watch for a stretch of coastline from Playa Perula, south of Cabo Corrientes, to El Roblito in the north and the Islas Marías.

Seemingly oblivious to the danger just hours away, tourists ate breakfast at beachside restaurants around Puerto Vallarta and smaller resorts further north on the Nayarit coast, where Roslyn is expected to arrive.

While the skies began to cloud over, the waves remained normal and few seemed to be rushing to take precautions.

“Here it is full of tourists,” said Patricia Morales, receptionist at the Punta Guayabitas hotel in the quiet coastal town of the same name. When asked what precautions were being taken, Morales replied that the authorities “have not told us anything.”

The Nayarit state government said it expects the eye of the hurricane to make landfall on Sunday around the fishing town of San Blas, about 90 miles (150 kilometers) north of Puerto Vallarta.

The director of civil protection of the state, Pedro Núñez, said that “right now tours of the municipalities are being carried out to be able to alert citizens so that they can somehow protect their assets, so that they can be protected in safe areas.”

Mexico’s National Water Commission reported that the rains dumped by Roslyn could cause landslides and flooding, and the NHC warned of possible dangerous storm surges on the coast, as well as 10 to 15 centimeters (4 to 6 inches) of rain.

The governor of the state of Jalisco, Enrique Alfaro, tweeted that any school activity in the region will be canceled on Saturday and urged the population to avoid tourist activities on beaches and in mountainous areas during the weekend.