Skip to content
Home » Roller skates are experiencing a resurgence 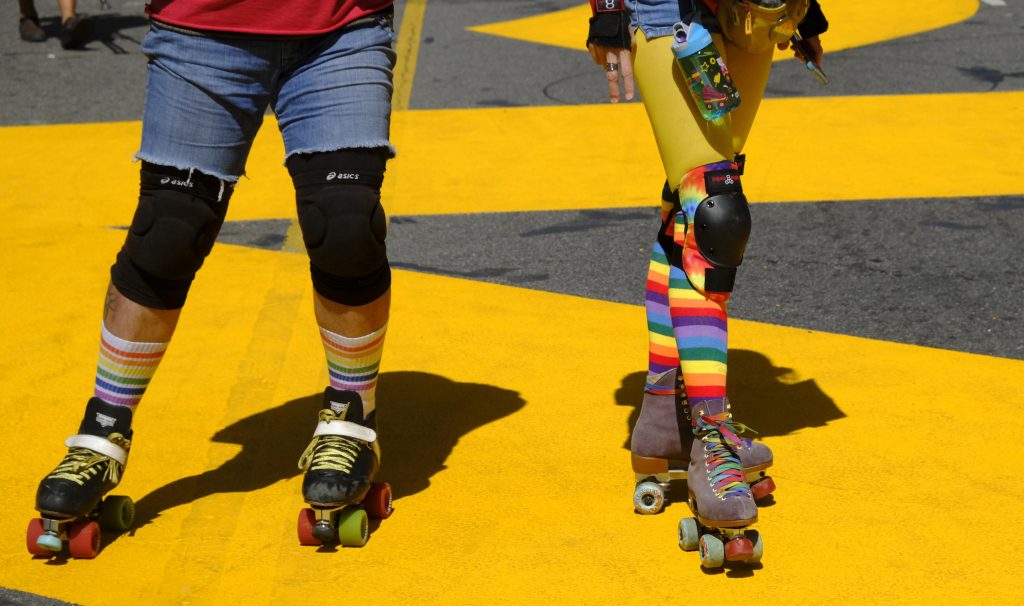 On an ordinary basketball court in Waltham, Massachusetts, the leaves on the trees give it a touch of autumn and the cold wind blows them from one place to another. But no one is playing. The place now belongs to the skaters.

“I’ve had my eye on roller skates for a long time, I saw they were coming back into fashion,” said Tammy Donroe Inman, 48, who recently bought a pair of gleaming Impalas. She goes to the park a few days a week, puts on her headphones and skates.

“As an older skater, I thought I would feel insecure, but I really don’t,” said Donroe Inman, who was wearing his helmet and knee pads. “I fall all the time, but it’s just fun.”

With all the retro vibes, roller skating has had a resurgence this decade and there’s no telling when it will ever go out of style.

Its resurgence may be due in part to the pandemic, which has drawn more people to more accessible and social physical activity outdoors. It may also be part of a taste for fashion and music from the disco era of the 1970s and 1980s, the last time roller skating was so popular. In the 1990s, inline skates were all the rage, but their appeal has since faded.

Improvised roller skating rinks are now springing up in parks and avenues, and more and more skates are being seen on social media. Large skating gatherings are common in cities, for example outside the Louvre Museum in Paris or Venice Beach, California, where skaters have congregated for decades.

This summer, New York’s Rockefeller Center installed a roller skating rink for the first time since 1940, announcing that it was “bringing back the magic of the 1970s.”

And then there are all those celebrities on roller skates.

Country music star Tyler Hubbard skates under a disco ball in the video for his new song “Baby Gets Her Lovin.” Madonna went skating at a new rink in New York’s Central Park during a disco celebration over the summer.

Videos of R&B singer Usher skating are commanding views on TikTok and YouTube, while Joanna Gaines put on roller skates in the summer issue of her Magnolia magazine. Decked out in neon colors, actors Ryan Gosling and Margot Robbie skate up and down Venice Beach as they play Ken and Barbie for the movie “Barbie” due out in the middle of next year.

The filmmakers behind the 2019 HBO documentary “United Skates,” about roller skating as part of a vibrant black subculture, told The Associated Press at the time that they hoped to chronicle the end of an era. But they discovered that it was just the opposite. As a young black skater told them: “Skating isn’t dead, it just went alternative.”

“I started to see how orders rained down on us,” he said.

Although roller skates used to be only 20% of Harlick’s business, they are now more popular than ice skates. “It is difficult to find employees. Not everyone knows how to do this kind of work,” he commented.

Many adult skaters haven’t skated since they were kids. This has also fueled a boom in online classes.

Nicole Fiore, 30, of Orange County, California, teaches tricks and choreography online and on YouTube. Her parents were skating instructors and she is a four-time world champion in roller skating.

“I’ve never seen people skating in parking lots before and all of a sudden here they are,” he said. “I’ve been waiting for this moment my whole life.”

A day of skating can be a great workout. There are many modalities: competitive skating, speed skating, skate dance and roller derby, a contact sport between two teams.

However, you don’t have to be in top shape to start skating.

Dana Johnson, whose roller derby name is Val Kyrie, started participating in a local league seven years ago after divorcing. She took to roller derby after watching a match, even though she didn’t consider herself athletic.

Kyrie, 35, is an engineer, now doing public relations for the Minnesota Roller Derby.

“Those skates are a great element of equality,” he says. “It all depends on how you use your body on those skates.”