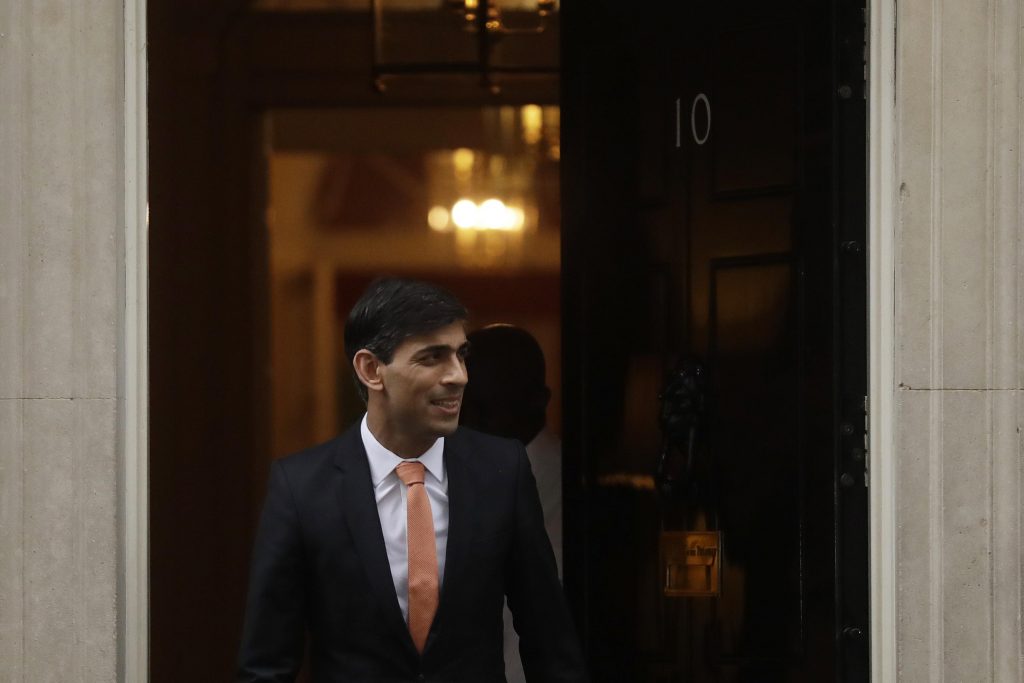 LONDON (HPD) — Rishi Sunak competed to rule Britain and lost. He now has another chance, and the chance to say “I told you so”.

The former British Treasury chief trailed Liz Truss in the race to replace scandal-ridden Boris Johnson as Prime Minister and leader of the Conservative Party. But Truss resigned after a bumpy 45-day term and Johnson has abandoned his comeback bid, leaving Sunak the heavy favorite to take the job he failed to win just two months ago.

A victory in the vote among party leaders would be vindication for Sunak, who warned last campaign that Truss’s plans for tax cuts were unwise and would wreak havoc. So it was.

Truss resigned last week after his tax-cut package spooked financial markets, plunged the value of sterling and vaporized his authority.

If he wins, Sunak will be the first non-white British leader and the first Hindu to take office. He is 42 years old, so he would also be the youngest prime minister in more than 200 years, a political prodigy whose youthful looks, smart suits, and confident, single-minded demeanor earned him the nickname “Dishy Rishi” (“Handsome Rishi”) in british media.

To win, he must overcome the accusations of his opponents, who brand him a traitor for abandoning the Johnson government when it foundered amid ethics scandals. The almost simultaneous resignation of Sunak and Health Secretary Sajid Javid on July 5 set off a chain reaction. Within 48 hours, some 50 members of the government had resigned, and Johnson was forced to step down.

Sunak described it as a matter of principle and said he wanted to repair “lost trust” in politics. He also accused Truss of offering “fairy tales” with his promise of immediate tax cuts, when he believed containing runaway inflation was a higher priority.

“I would rather lose after fighting for the things that I firmly believe are right for our country, and be true to my values, than lose on a false promise,” Sunak said in a BBC interview.

Sunak was born in 1980 in Southampton, on the south coast of England, to parents of Indian origin born in East Africa. She grew up in a middle-class family — his father was a family doctor and his mother a pharmacist — and says she inherited his hard work ethic.

“I grew up working in the store, delivering medicine,” he said during the campaign. “I worked as a waiter at the neighborhood Indian restaurant.”

He has described how his parents saved up to send him to Winchester College, one of the most luxurious and expensive boarding schools in Britain.

After high school, Sunak studied politics, philosophy and economics at Oxford University – a career chosen by other future prime ministers – and then an MBA at Stanford University.

He worked as an account manager for the investment bank Goldman Sachs and lived in the United States, where he met his wife, Akshata Murty. The couple have two daughters.

Upon his return to Britain, Sunak was elected to Parliament from the traditionally conservative Richmond constituency in Yorkshire in 2015. In the 2016 Brexit referendum he was in favor of leaving the European Union, a risky career decision because It went against the position of the Conservative government.

When the pro-breakout side unexpectedly won, Sunak’s career took off. He served in mid-ministerial positions before being named Treasury chief by Johnson in February 2020, just before the pandemic.

He is an advocate of reducing the role of the state and taxes who admires former Prime Minister Margaret Thatcher, but he poured billions of government dollars into keeping citizens and businesses afloat during the pandemic. His layoffs program, which paid the wages of millions of temporarily unemployed workers, made him the most popular member of the government, a position he cemented with clever social media posts that rivals and critics said reinforced. his personal reputation rather than that of the government.

But Sunak has had his setbacks. Critics pointed out that a campaign to get people to eat in restaurants after restrictions were lifted in the summer of 2020 contributed to another wave of COVID-19.

Others have said that Sunak’s family’s large fortune and his Silicon Valley past set him apart from the plight of ordinary people.

He has also faced questions about his and his wife’s finances. Murty is the daughter of the billionaire founder of Indian tech giant Infosys, and the couple is worth 730 million pounds ($877 million), according to the Sunday Times fortune list.

In April 2022 it emerged that Murty had not paid British tax on his income abroad. The practice is legal, but was unpopular at a time when Sunak was raising taxes on millions of Britons. Sunak was also criticized for keeping his US green card, which suggested an intention to settle in the US, for two years after becoming head of British finances.

Sunak was cleared of any wrongdoing, but the revelations damaged his image. Like Johnson and dozens of others, he was fined for attending a party at the prime minister’s office in 2020 that breached coronavirus lockdown rules. Outrage over those parties at a time when Britons were forced to stay home contributed to Johnson’s downfall. Sunak has said that he attended briefly and involuntarily.

In his first campaign, he described himself as the candidate of adult decisions and fiscal discipline, criticizing Truss’s plans to lower taxes and increase debt, as well as promising that he would control inflation.

That task is now more difficult than ever.