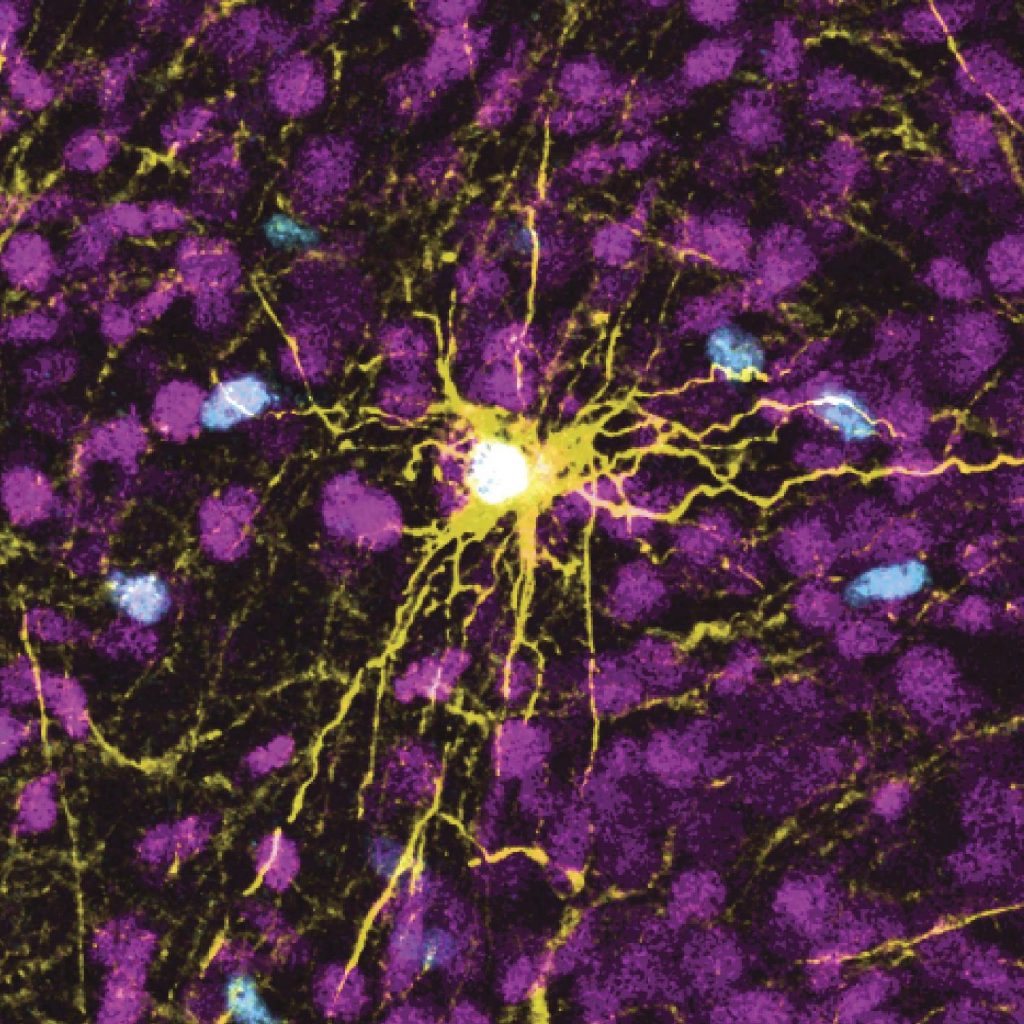 Scientists have transplanted human brain cells into the brains of young rats, where they grew and formed connections.

It is part of a study on the development of the human brain and the diseases that affect the most complex of organs, the one that makes us what we are and is shrouded in mysteries.

“Disorders like autism and schizophrenia are probably exclusively human,” but “by the way, the human brain has not been very accessible,” said Dr. Sergiu Pasca, lead author of a paper describing the work, published Wednesday in the journal Nature.

Methods that do not require removing tissue from the human brain are “promising avenues to address these conditions.”

The team has created brain “organoids,” small structures similar to human organs. Other studies have created organoids from livers, kidneys, prostates, or crucial parts of these.

To make the brain organoids, Stanford University scientists transformed human skin cells into stem cells and manipulated them to become brain cells of various types. These cells multiplied to form organoids similar to the cerebral cortex, the outer layer of the human brain, seat of crucial functions such as memory, thinking, learning, reasoning and emotions.

The scientists transplanted these organoids into rats at two to three days of age, a stage when the connections are still in the process of forming. These organoids grew to occupy a third of the hemisphere of the rat brain where they were implanted. Organoid neurons formed functional connections with circuits in the brain.

It is not the first time that human cells have been implanted in rodents, but generally in adult mice. Pasca, a professor of psychiatry at Stanford School of Medicine, said it is the first time these organoids have been implanted into the brains of young rats to create “the most highly developed human brain circuitry ever created from human skin cells.” and a demonstration that implanted human neurons can modify the behavior of an animal”.

To study a practical use of this method, the scientists implanted organoids in the two hemispheres of a rat’s brain: one generated from the cells of a healthy person and the other from the cells of a person affected by Timothy syndrome, a disorder rare genetic disorder associated with heart and autism spectrum problems.

Five or six months later, they saw the effects of the disease on the activity of neurons. Differences were noted between the electrical activity of both hemispheres, the neurons of the person with Timothy syndrome were much smaller and did not generate as many extensions that receive information from neighboring neurons.

The researchers, whose study received grants from the National Institutes of Health, said they could do the same kind of experiments with organoids from cells from people affected by disorders such as autism and schizophrenia and see how they affect the brain.

Dr. Flora Vaccarino of Yale University, who has previously grown cerebral cortex clumps with DNA from people with autism, said the study broadens the field.

“It’s impressive what they do in terms of what these cells can show us with their development … in the rat,” said Vaccarino, who was not involved in the study.

The Associated Press Health and Science Department receives support from the Howard Hughes Medical Institute’s Department of Science Education. The content is the sole responsibility of the HPD.