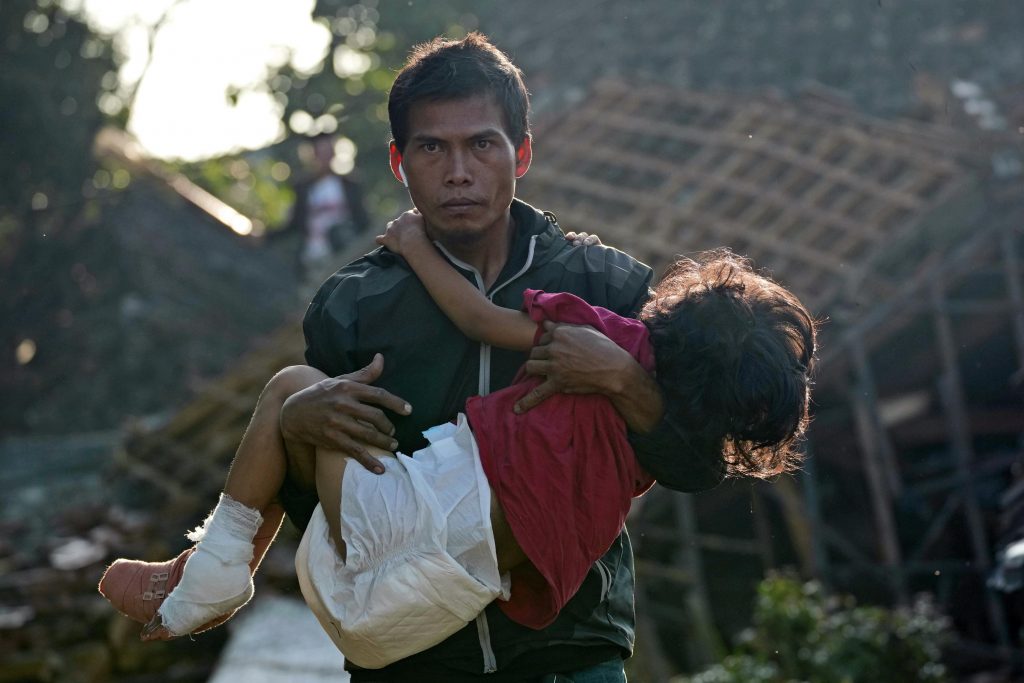 CIANJUR, Indonesia (HPD) — In the fourth day of an increasingly urgent search, Indonesian rescue workers were massing Thursday at a spot where dozens of people are believed to be trapped after a landslide caused by an earthquake that left 272 dead, more than a third of them children.

Many of the more than 1,000 first responders are using bulldozers, sniffer dogs and people-detection equipment — as well as jackhammers and even their hands — to expedite the search for victims in the village of Cijendil, located in the most affected area and where People are still believed to be trapped after a landslide caused by Monday’s tremor dumped tons of mud, rocks and trees in Cugenang subdistrict.

“We hope that all the victims can be found soon,” Henri Alfiandi, head of the National Search and Rescue Agency, said Thursday.

Indonesian President Joko Widodo visited Cianjur on Thursday and stressed that they will focus on a place where 39 people are still missing.

“The search process will be our priority for now. We focus on it. And this afternoon we will concentrate on this single search point,” Widodo said.

On Wednesday, rescuers rescued a 6-year-old boy who had been trapped for two days under the rubble of his collapsed home.

More than 2,000 people were injured in the quake, which sent 61,000 more people to evacuation centers and other shelters after at least 56,000 houses were damaged.

The Disaster Mitigation Agency has noted that 171 public facilities were destroyed, including 31 schools.

Suharyanto, head of the National Disaster Mitigation Agency, said 100 of the 271 confirmed deaths were among children.

Rescue actions were temporarily suspended on Wednesday due to heavy monsoon rains.

A magnitude 5.6 quake like the one on Monday would typically not cause serious damage, according to expectations. But it was centered at a shallow depth and shook a densely populated area lacking quake-resistant infrastructure. Mild aftershocks continued to register on Thursday morning.